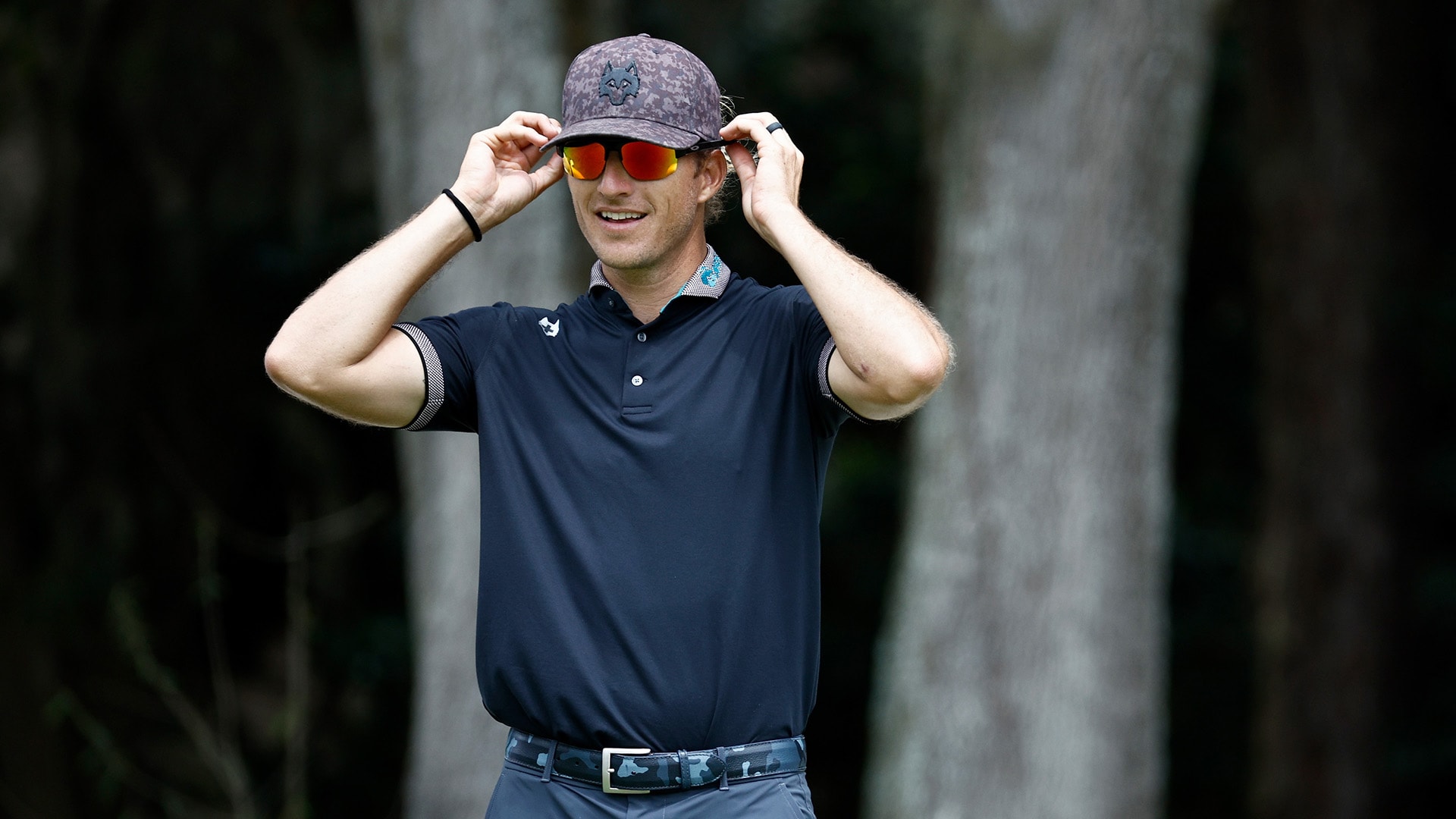 Morgan Hoffmann’s wild path back to the PGA Tour led him to Harbour Town, where he got off to a great start Thursday afternoon, birdieing two of his first five holes at the RBC Heritage.

With his ankles peeking out of his joggers and his hair tied up at the back of his hat, the former No. 1 amateur in the world would play his final 13 holes 2 over par, resulting in an even-par 71 in his first round on Tour since 2019.

Hoffmann spoke after his first round about what it was like to be back inside the ropes.

"It felt awesome," Hoffmann said. "It was pretty surreal, a lot different than the lifestyle I've been living the last 2 1/2 years, and having people cheer your name out there, it's very special." 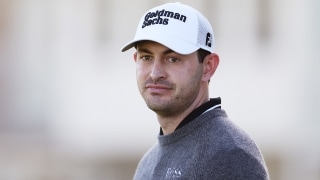 A return to Harbour Town could be just what Patrick Cantlay needed to get back on track.

An enlightened Hoffmann looked to be enjoying himself Thursday, and he spoke earlier in the week about having fun on the course.

"I knew that golf has always been something that I love and I wanted it to be fun again," he said. "And I've always put a lot of pressure on myself, and I think that's why on Tour previous to this was the reason why I didn't reach my potential, at least in my mind. So I just wanted the main goal when I came back to be fun. Whether that's professional or amateur, but, yeah, I still had some dreams that I wanted to accomplish out here."

Hoffmann’s battle with a rare form of muscular dystrophy has been well documented. The former Oklahoma State star sought “original medicine” after Western medicine gave him answers he was unwilling to accept.

From his 17-day grape cleanse, where he consumed roughly 800 grapes per day, to his 10-day urine cleanse, where his only sustenance in a day was a cup of his urine in the morning and at night, to his move to Costa Rica in search of a spiritual experience, Hoffmann took full control of his journey.

He’s now in the part of the journey where he attempts to regain status on the Tour. To do so, he’ll need to accrue 238 FedExCup points(T-2 or better this week) in three starts on a medical exemption. It’s a tall task for Hoffmann, but hardly the toughest odds he’s been up against. 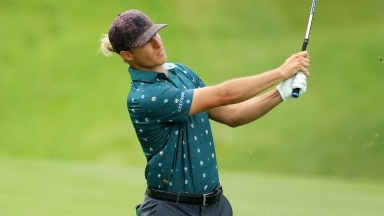 Morgan Hoffmann employed the flop shot and left the putter in the bag at the John Deere Classic. 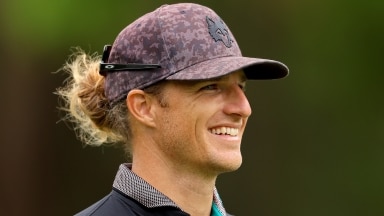 Morgan Hoffmann went on an adventure Thursday at the John Deere Classic, hitting himself in the hat with a bunker shot. 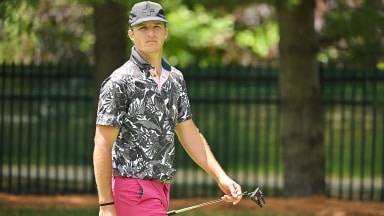