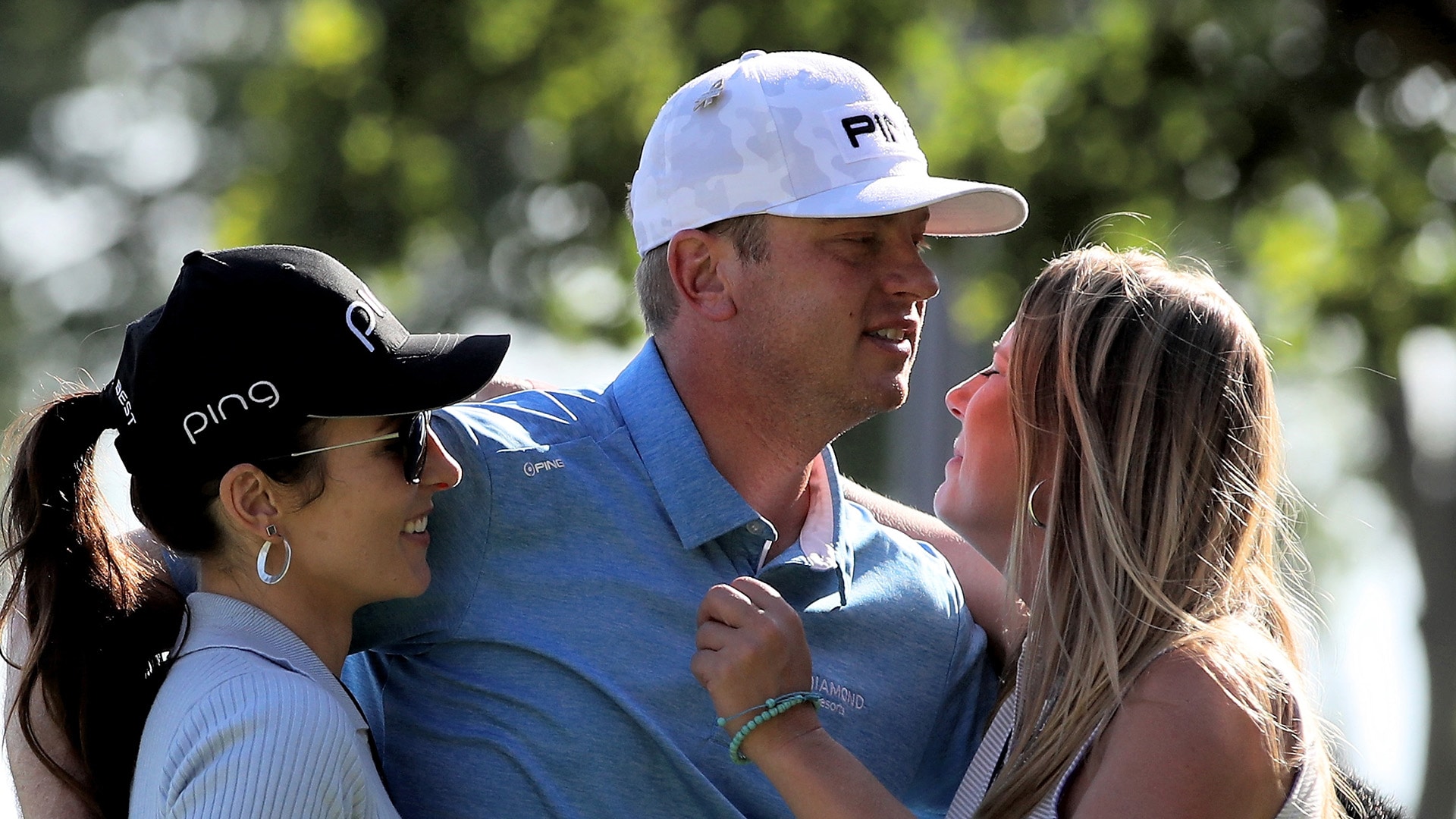 Nate Lashley picked up his maiden PGA Tour victory Sunday at Detroit Golf Club, winning the birdie-fest that was the inaugural Rocket Mortgage Classic. Here’s everything you need to know:

What it means: For the second straight week, the 54-hole leader converted a six-shot lead into victory. Following Chez Reavie at last week’s Travelers Championship, Lashley took full advantage of his big cushion, shooting 2-under 70 to finish at 25 under, six shots clear of the field. But unlike Reavie, who nearly squandered his lead last week, Lashley never let his advantage sink below six. He birdied the first hole and never looked back. His six-shot victory is the second largest margin of victory on Tour this season, just behind Rory McIlroy's seven-shot rout in Canada.

The story of the 36-year-old Lashley is remarkable. Lashley, a Tour rookie last season at 34 years old, once quit golf to work in real estate as he struggled with the deaths of his parents and girlfriend, who died in a place crash while flying home from watching Lashley, then a junior at Arizona, compete in the 2004 NCAA West Regional in Oregon. He returned to pro golf and bounced around the mini-tours before eventually winning on the Korn Ferry Tour in 2017. Even this week, he got into the field as an alternate after failing to Monday-qualify. Now, he’s a PGA Tour champion.

Rounds of the day: Viktor Hovland collected another paycheck Sunday, shooting 8-under 64 to finish T-13. Hovland, who birdied four of his first five holes, has now made his first three cuts as a pro. Also, Billy Horschel closed in 64, his best round of the season and lowest since the final round of last year’s BMW Championship.

Best of the rest: Redman, the former Clemson standout and 2017 U.S. Amateur champion, shoot 5-under 67 for the third straight day to lock up a solo-second finish at 19 under. With his finish, Redman secures special temporary membership (in just his second start of the season) and a ticket to The Open next month.

Biggest disappointment: For the second straight day, Cameron Champ shot over par, carding 1-over 73 to wrap up a 4-over weekend performance and fall from Saturday’s final group to T-46.