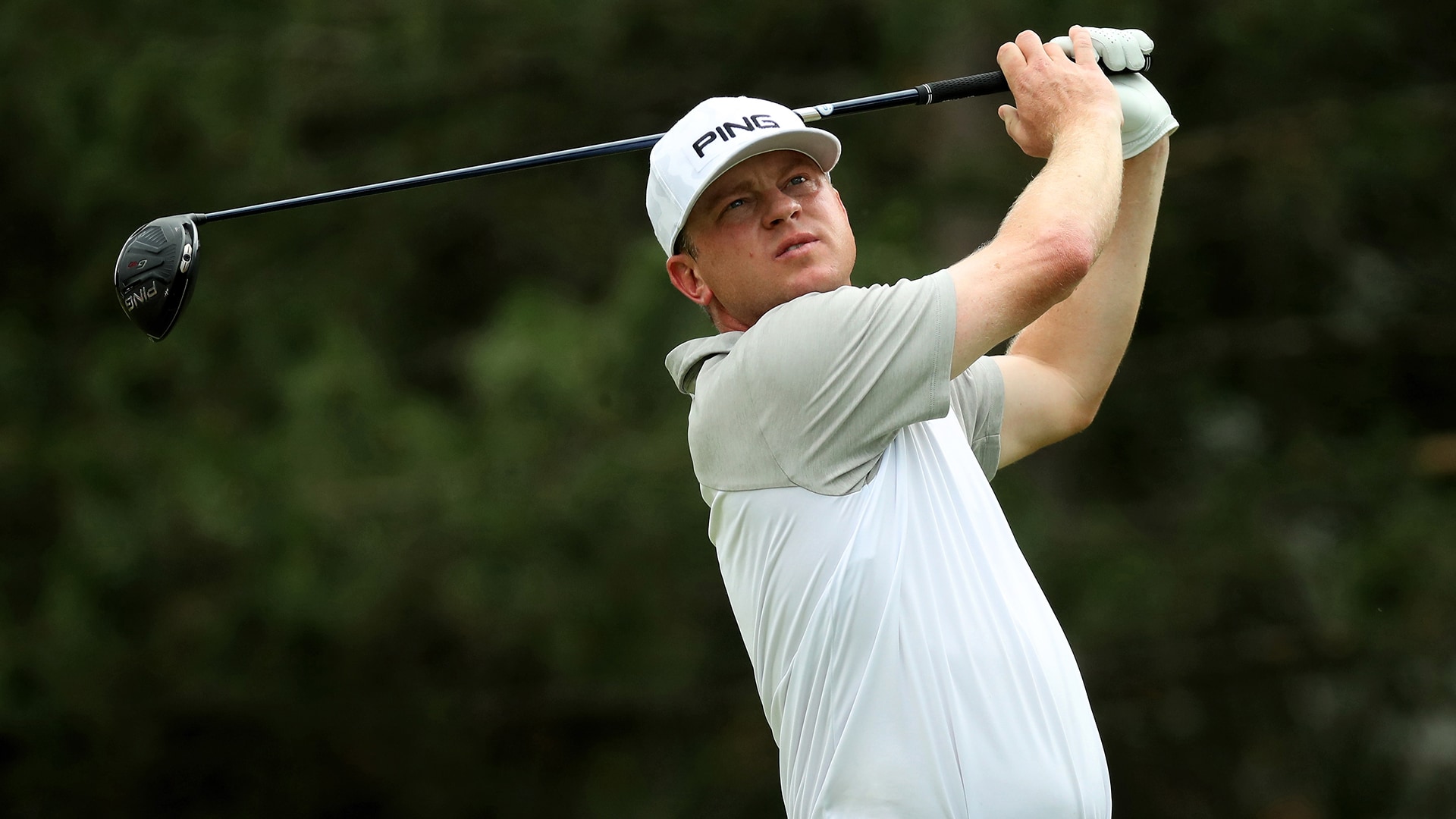 DETROIT – Cameron Champ played one of the best stretches on the PGA Tour this season, matching the lowest nine-hole score and the longest birdie-eagle streak.

Champ had an 8-under 28 on the front nine thanks, shooting under par for six straight holes.

"The hole looked pretty big for a while," he said.

The rookie cooled off on a steamy day with a 1-over 37 on the back nine, closing with a bogey after pushing a 4-foot putt just to the right and past the cup for a 7-under 65.

Nate Lashley took advantage of the opportunity to put his name on top of the leaderboard for the second straight day. Lashley shot a 67, putting him at 14-under 130 for a one-shot lead at scoring-friendly Detroit Golf Club.

"A lot of the weeks the courses are really difficult, so it's a nice change coming here," said Lashley, who is ranked No. 353 in the world.

Dustin Johnson, the world's second-ranked player, and U.S. Open champion Gary Woodland finished at 2 under to miss the cut by three strokes.

"It just seemed like every time I hit a bad shot, it was in the wrong spot and made bogey," said Johnson, who had four of five bogeys on his back nine.

Woodland opened with a 72 in his first start since winning his first major and bounced back with a 69, an up-and-down round with eight birdies and five bogeys.

He and Johnson will have an extra couple of days to prepare for the British Open.

"Yeah, I need to get ready, but I'm excited about Portrush," Woodland said. "I've heard great things. But I've got some work to do, just tighten some things up. I wasn't prepared as much as I probably should have been this week. But two weeks off, I'll have plenty of time and I'll be ready to go."

Chez Reavie, who won the Travelers Championship last week, and Bubba Watson also failed to make it to the weekend.

Reavie was tied for fourth entering the day and was 6 under on his 13th hole of the second round. He closed with a bogey, double bogey and triple bogey to plummet to 1-under 143. Watson shot a 75 after opening with a 68.

The 36-year-old Lashley slipped into the tournament as an alternate Wednesday.

"The way I'm playing, yeah, I feel like I should be out here every week," he said.

Lashley is No. 132 in the FedEx Cup standings.

"I need a good week and move up into that top 125," he said. "To do it this week comfortably would be great. To be able to kind of relax the last few events of the season would be really nice."

Lashley's only top-10 finish during his two-year PGA Tour career was in February, when he tied for eighth at the Puerto Rico Open.

The 24-year-old Champ won the Sanderson Farms Championship in October and added a pair of top-10 finishes in November. In his last 10 tournaments, though, he has missed seven cuts and withdrawn once with a finish no better than a tie for 54th.

Champ, who is from Sacramento, California, leads the tour in driving distance at 316.6 yards and ranks 187th in accuracy.

After a ringing phone distracted him on the 17th tee, he sent a 320-yard drive to the left into the rough behind a tree 251 yards to the pin. Champ originally planned to use a 3-iron before choosing a 4-iron for his second shot and sent a low line drive under branches that left him 91 feet away.

"I was just looking to see if I could get a 3-iron out of that lie," he said. "There was no chance."

His chip set him up for a 9-footer for birdie, his only one on the back nine.

"The back side I really didn't play terrible, I just hit a few shots that kind of limited my ability to get it close to the hole," he said.