Nelly Korda aggravates Achilles in third round of Founders Cup 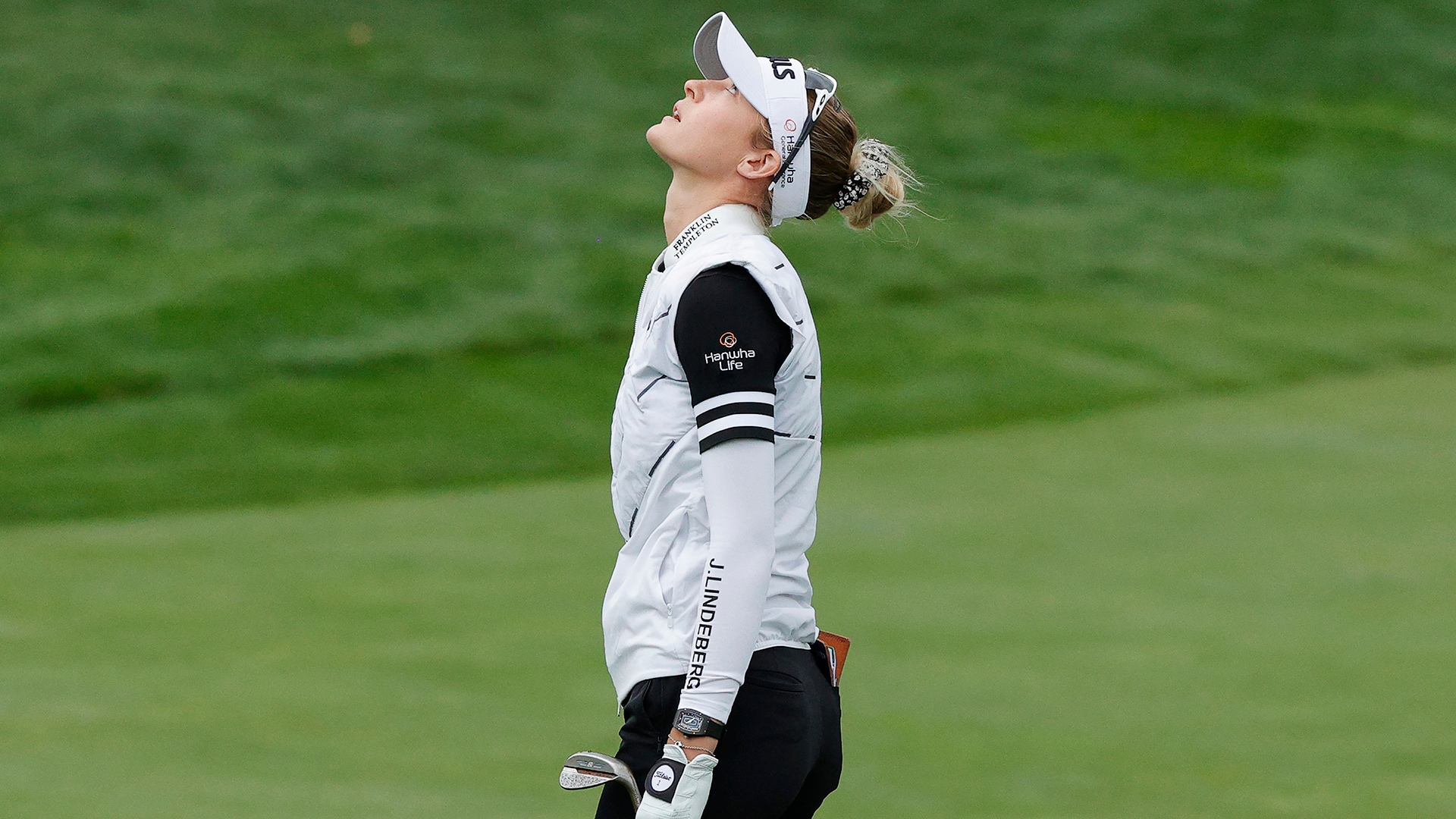 WEST CALDWELL, N.J. – Nelly Korda's playing competitors, In Gee Chun and sister Jessica, hadn't even finished putting out on the ninth hole Saturday at Mountain Ridge Country Club and Korda was already walking toward the 10th hole. The world No. 1 signed a few autographs before heading straight to the next tee box, where she immediately laid down and began receiving treatment on her right Achilles.

Korda later told GolfChannel.com that she aggravated the Achilles on the front nine, but she couldn't put her finger on exactly how or what was wrong.

"I don't know, I guess I stepped wrong on the front nine, but my Achilles starting hurting a lot, and I have it taped right now," said Korda, who shot 3-under 68 in Round 3 of the Cognizant Founders Cup. "I'm actually going to the physio right now to see. I have no idea what happened. ... Felt like my Achilles was like tearing."

Korda said the discomfort came out of nowhere and the injured area is "pretty red and inflamed." She was hopeful the issue could be resolved quickly.

Despite her ailing Achilles, Korda began the back nine with two birdies, which included a 25-foot make on the par-4 11th. However, two holes later, on the par-3 13th, Korda's long putt went past the cup and she lipped out the short comebacker. It was deja vu on the following hole.

"No, you never want to have a three-putt," she said. "It's definitely not easier. It's very, very frustrating. I keep making the same mistakes out here. Again, the main defense out here are the greens, so it's definitely not going to be my last three-putt, that's for sure. "

This week's event is Korda's first individual start (excluding the Solheim Cup) since the AIG Women's Open in late August, when she finished T-13. The 22-year-old is tied for sixth at 7 under, six shots back of leader and world No. 2 Jin Young Ko, as she enters Sunday's final round.

She's hoping her Achilles won't prevent her from making a run at Ko, but don't expect Korda to get too aggressive. 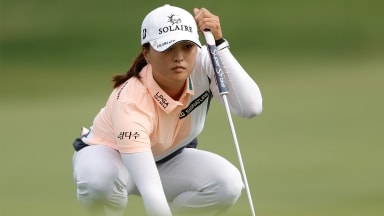 It was the second straight day that fog forced a late start and 63 players were unable to finish Friday in New Jersey. 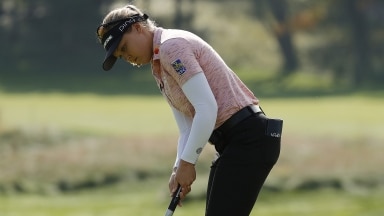 After lesson with legend, Henderson in mix again

Buoyed by a lesson and blessing from 94-year-old Shirley Spork, Brooke Henderson is in contention for the second consecutive week on the LPGA. 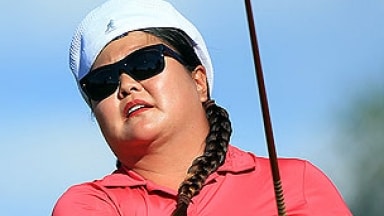 Christina Kim is eager to make her first start in more than four months.