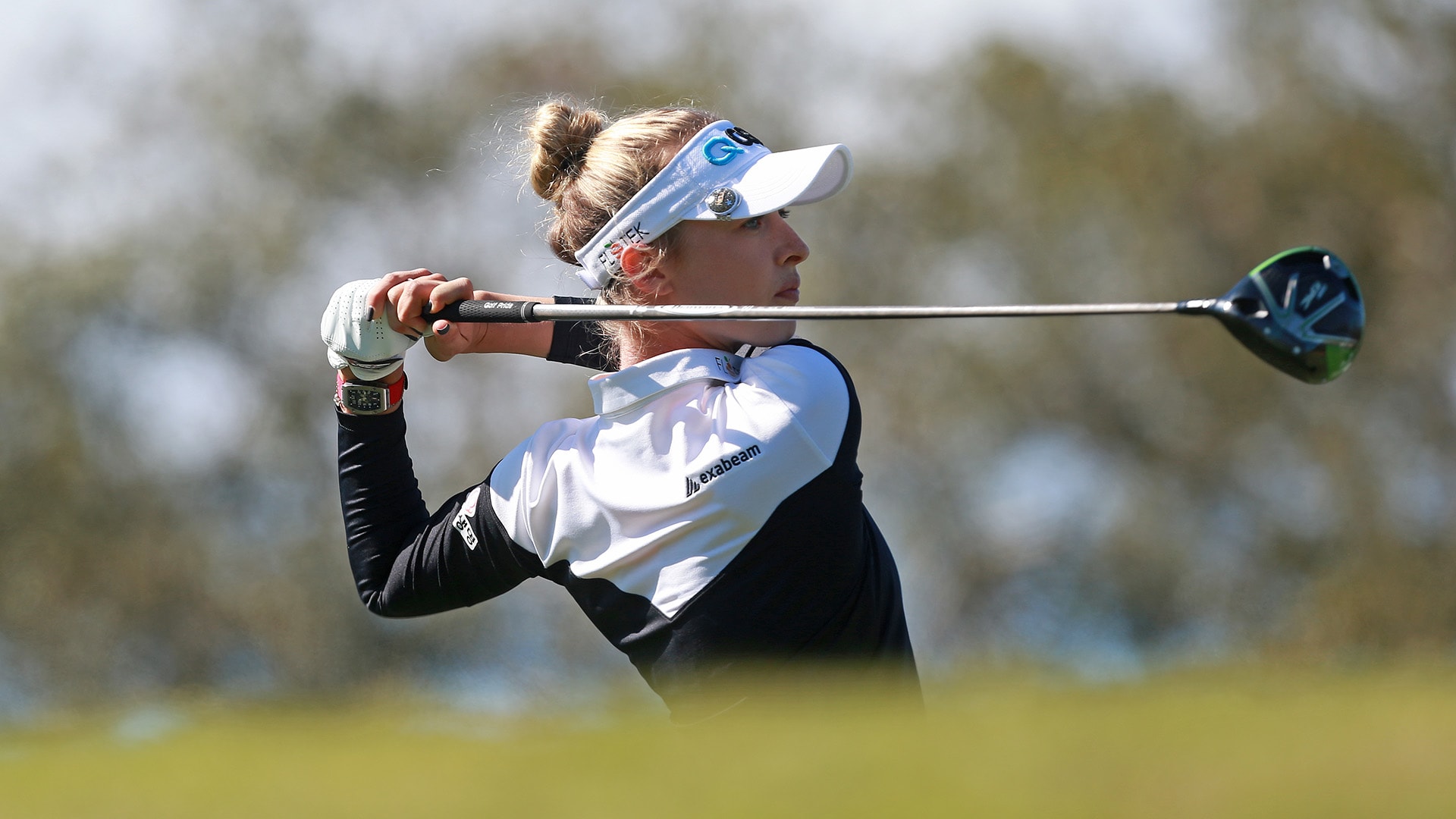 LAKE BUENA VISTA, Fla. – Nelly Korda didn’t take long to get comfortable with the celebrity/athlete pairings at the Diamond Resorts Tournament of Champions.

She was grouped with Mardy Fish in the first round.

“We had a lot to talk about,” Korda said.

A lot of tennis to talk about.

Fish was 16 and playing the Australian Open Juniors when Petr won there.

“I had never met Nelly, but I know her father well, and he knows how much I love golf,” Fish said. “I’ve spoken to him quite a few times about his daughters and their golf. As a fan, I’ve had Nelly and Jessica on my radar a long time, checking their scores from afar, even though I didn’t know them personally.

“So, it was fun to get to see Nelly play, first of all, to see how sweet a girl she is, and then how great a player she is.”

Korda and Fish are both in the weekend hunt to win their respective competitions.

Korda, 20, put up a 4-under 67 in Friday’s second round of the LPGA season opener, good for a tie for eighth and five shots off the lead. She broke through last October to win her first LPGA title, the Swinging Skirts Taiwan Championship.

Fish moved his modified-Stableford score to 78 points in the second round, good for the lead in the celebrity competition. He’s seeking his third Diamond Resorts title. He is one point ahead of Major League Baseball Hall of Famer John Smoltz. Fish has put up a pair of 68s on his regular scorecard. Smoltz followed up a 73 with a 65.