Nelly Korda withdraws from KPMG Women's PGA because of injury 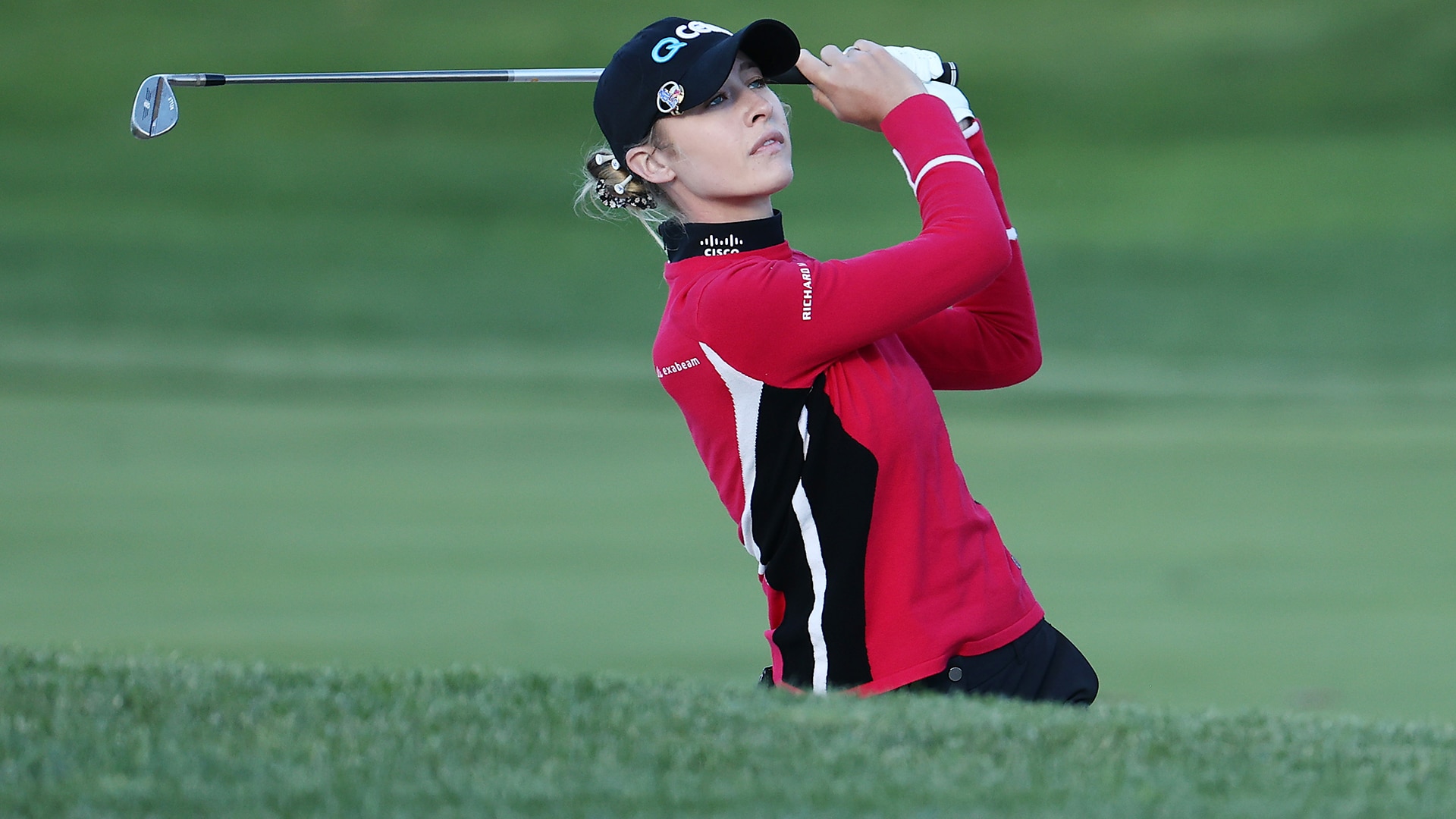 Korda shot 1-over 71 in the opening round and was tied for 26th place, four shots off the 18-hole lead.

Korda cited "discomfort in my back" as the reason for her withdrawal. She posted the following to social media.

The 22-year-old, ranked No. 2 in the world, entered the event as the odds-on favorite, having lost in a playoff at the LPGA tour's most recent major, the ANA Inspiration.