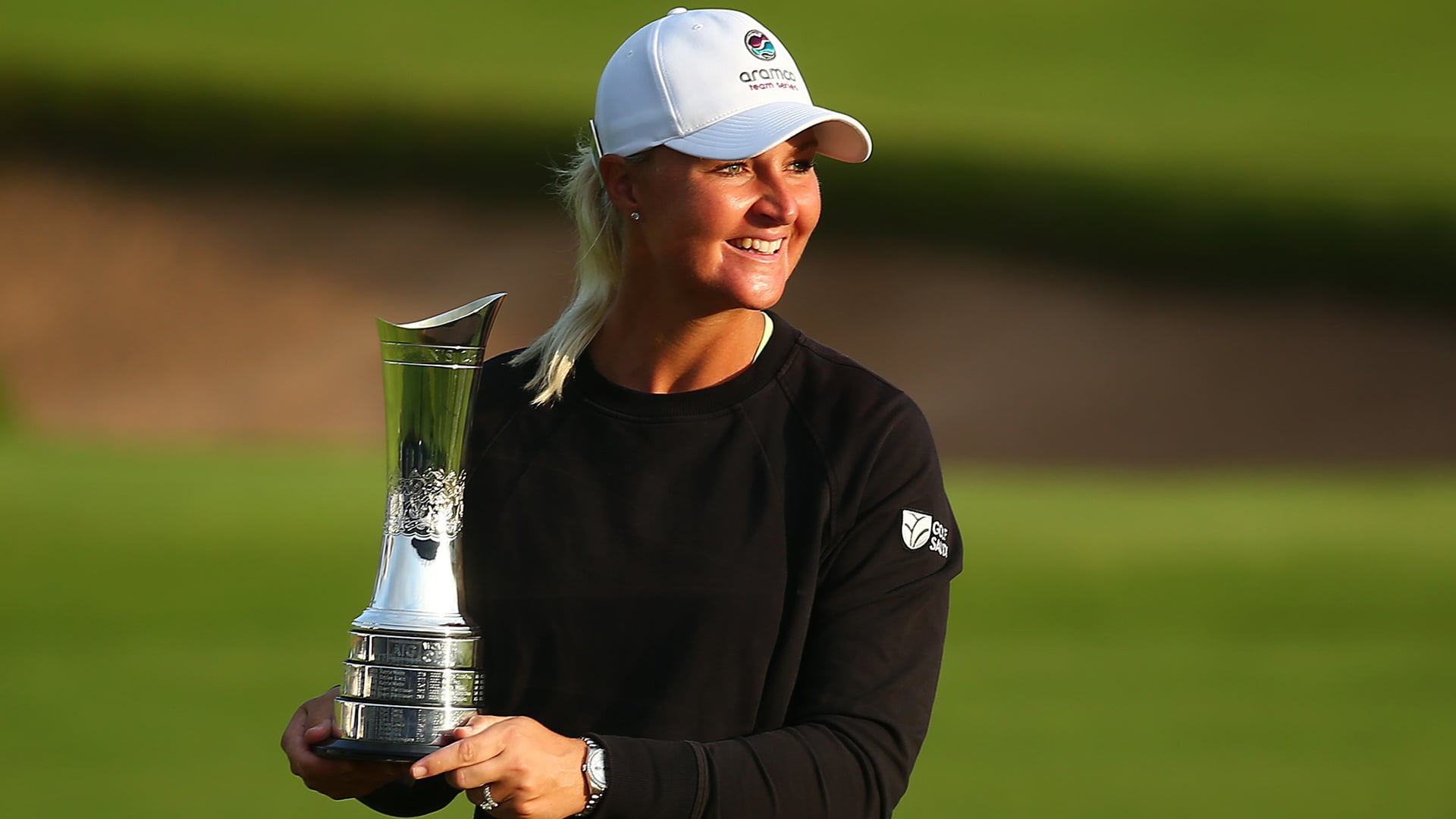 Nordqvist fought her way back to the winner’s circle at Carnoustie Golf Links to capture the AIG Women’s Open. Her victory came after a four-year winless drought that tested her resolve to return to the top of the women’s game.

To become a champion again, Nordqvist relied on the same no-quit attitude that helped her both endure a three-year bout with mono and outlast a hail storm to win her second major.

“There was times I doubted if I ever would win again,” Nordqvit said. “Sitting here now, winning the British Open is a dream, I couldn't really dream of anything more. It was definitely worth the wait, and definitely worth a lot of those struggles and being able to push through.”

Nordqvist’s third-round, 7-under 65 was the low round of the championship and lifted her into a share of the 54-hole lead. On Sunday, she went out in 33 to remain in the mix as her playing competitor Nanna Koerstz Madsen along with Georgia Hall, Madelene Sagstrom and Lizette Salas all looked poised to force a playoff.

When Madsen made double bogey on the famous 18th hole at Carnoustie, Nordqvist was left with two putts to win. She carded a final-round 69 to win by one ahead of a trio at 11 under.

With her victory, Nordqvist captured the third leg of the career Grand Slam. Her first major title came in her rookie season at the KPMG Women’s PGA Championship in 2009. She waited eight years before winning her second major, where she was battered by wind, rain and hail en route to defeating Brittany Altomare in a playoff to win the Amundi Evian Championship in 2017.

“There's just something about golf that keeps driving me. I hate losing probably more than I like winning,” said Nordqvist. “I think all the controversy and all the downs, and having my caddie and husband there pushing me every day being a rock; I hate to give up.”

Following that victory at Evian, Nordqvist pointed to the influence her grandfather had on her career. His words telling her to never give up resounded in her heart as she battled to win again on tour. In 2021, it was a different force that spurred her on. Her husband Kevin McAlpine’s unwavering support buoyed her spirits as she waited to win again. McAlpine grew up 20 minutes from Carnoustie and their friends and family were onsite during the championship to cheer on their adopted daughter.

Anna and Kevin officially married in the U.S. in March but will host a pandemic-delayed celebration at a castle in Scotland next summer.

“I'm married now and I think just a lot more happy like off the course,” said Nordqvist about how her life has changed since her last win. “I have a good balance there.”

Nordqvist’s no-quit attitude earned her another trophy on Sunday and also a spot on her seventh European Solheim Cup team. Upon completion of the championship, the automatic qualifiers for the team were named. Nordqvist earned one of the four spots awarded via the Rolex Rankings. Nordqvist was ranked No. 54 at the start of the week. With her win, she leapfrogged fellow Europeans Matilda Castren, Leona Maguire and Mel Reid to earn one of the coveted spots on the team. 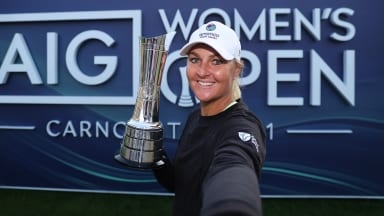 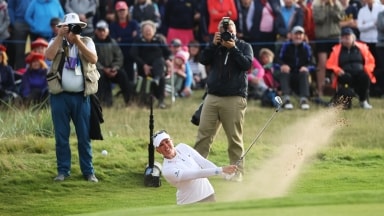 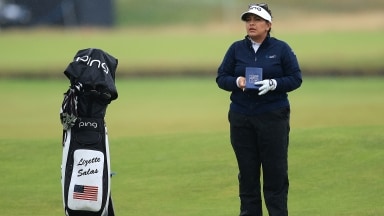