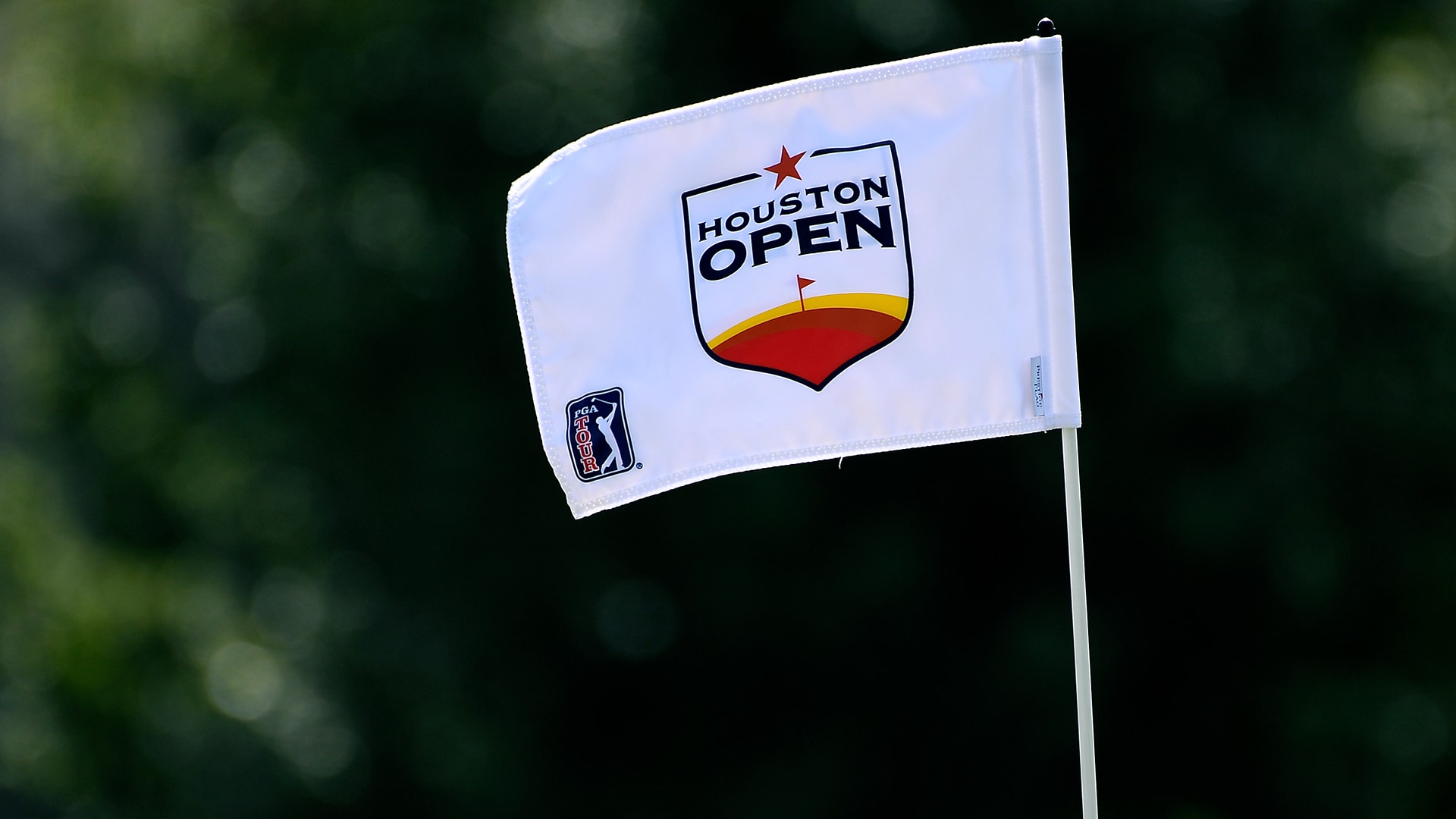 HUMBLE, Texas – As fans arrived at the Golf Club of Houston and walked through the merchandise tent on Friday, they were handed a free souvenir.

“Awesome! I’m putting it in my room!” screamed one excited youngster.

The figurine features a baseball base as the base with an attachable replica of the Houston Open’s new logo. Fitting, right?

The connection between golf and baseball runs deep now in Houston, from the Astros Golf Foundation taking over the event beginning this year all the way down to the logo, which is Astros-themed with its vibrant red, orange and yellow color palette.

“Everybody’s really excited about [the logo],” said Giles Kibbe, president of the Astros Golf Foundation. “Of course, it’s a throwback to our rainbow jerseys with the Astros, which are some of our best-selling jerseys.”

Like its inspiration, the logo, created by Astros senior vice president of marketing and communications Anita Sehgal and her team, has been a big hit since its debut in mid-January. Houston Open merchandise sales began at Minute Maid Park at the start of the MLB season and have continued on a much larger scale this week at the Golf Club of Houston.

“As many people as can come in and buy it, we’re seeing stuff fly off the shelves,” said Jason Wooden, vice president of marketing for the Astros.

Added Morgan Jewell, head pro at The Floridian in Palm City, Fla., and head of merchandising for the tournament: “It’s an Astros town and it’s good to have that feel.”

Astros pitcher Justin Verlander sported the Houston Open logo, which couldn't use any official Astros or MLB trademarks, when he played in the pro-am for the Waste Management Phoenix Open in February. This week, it seems as if everyone is sporting the new insignia in some way, shape or form – there are four versions of the logo, including the main shield logo, two Houston area-code logos and a minimalist flag logo similar to what one would find at a high-end golf club.

“The biggest thing is we wanted to create something new and fresh,” Wooden said. “Something with a clean, color palette that popped. Something that looked good on a trophy and on apparel. We wanted something that city of Houston would really want to wear and brand themselves throughout the entire week.”

Added Kibbe: “As soon as we saw it take shape, we knew that it was phenomenal.”

Some people on social media are equally impressed, already comparing the logo to some of the most popular on the PGA Tour. The Tour's players have noticed, too.

“I’ve actually thought about [the logo] a bunch,” said Peter Malnati, the tournament’s 36-hole leader. “For the first year of a new sponsorship group, you would never know it. They could have spent years trying to get it right, and this is what they would have come up with.”