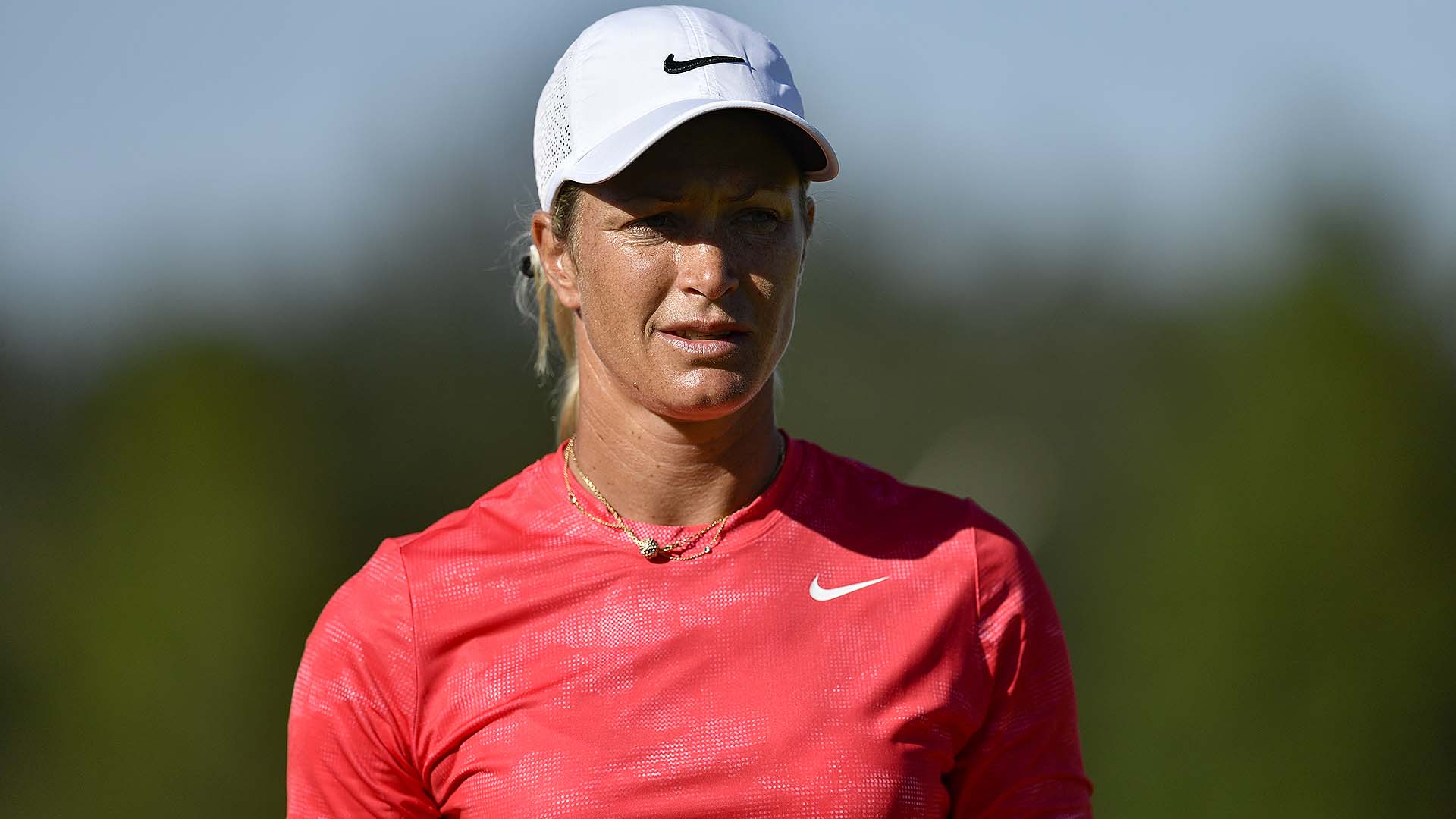 Suzann Pettersen is back.

The two-time major champion from Norway is scheduled to make her return to the LPGA Wednesday at the inaugural Dow Great Lakes Bay Invitational team event after taking 20 months off for the birth of her first child, Herman.

“I had a little baby boy in August last year, and it's definitely changed my life,” Pettersen said. “And I love being a mom. I've loved every second with him, being at home. It's just the greatest gift, to be honest. We've had an easy ride so far. He’s been a good boy.”

Pettersen will partner with European Solheim Cup captain Catriona Matthew at Midland (Mich.) Country Club. It’s a 72-hole event that will end Saturday. It will feature two-player teams in four balls and foursomes. Pettersen, a Solheim Cup force over the years, is one of Matthew’s vice captains.

Pettersen didn’t indicate in a news conference Monday whether she wanted to be a playing vice captain in Gleneagles in September, or when she plans to play again after this week’s event.

“If I do find some magical game, I might try to play and qualify for the Solheim,” Pettersen told Golf Channel back in May. “If not, I am going to be a happy vice captain to Beany [Matthew]. Either way, I will be around for the next couple months and we will see how that goes.”

Pettersen hasn’t hit a shot in an LPGA event since the CME Group Tour Championship at the end of the 2017 season.

“I had a few complications during the pregnancy, so I wasn't allowed to fly,” she said. “At that point, I was stuck in Norway, where my doctor was, and I couldn't really get back to the U.S. We just had made a decision to kind of stay there, until Herman was due.”

Pettersen said she went about a full year without playing golf.

“Been slowly picking it back up,” Pettersen said. “Yeah, we play golf forever, but when you haven't been around it for a long time, it's like when you start working out. It's tough, until you kind of get over the hurdle . . . But once you kind of get going, you start feeling like you've done this before and some automatic instincts come around. Game is getting better and better. I feel awfully good. I'm surprised. I haven't really lost too much distance.”

Pettersen, 38, and Matthew, 49, have played on seven Solheim Cup teams together, but they have never teamed as partners. While Matthew remains an active player, she has scaled back. She said this week’s event will be her last on American soil before she retires from the LPGA. She also plans to play the AIG Women’s British Open and Aberdeen Standard Ladies Scottish Open next month. She’ll continue to play a limited Ladies European Tour schedule in the future, and some LPGA senior events.

“Match play sometimes is a slightly easier format, so we'll see what it's like being out there taking a score,” Matthew said. “I think it's just fun. I always think that's why I've loved the Solheim so much, because you've got a teammate there. Obviously, you've got more than one, but it's just different because golf is so individual, usually, that to have that camaraderie out on the golf course is good fun.”