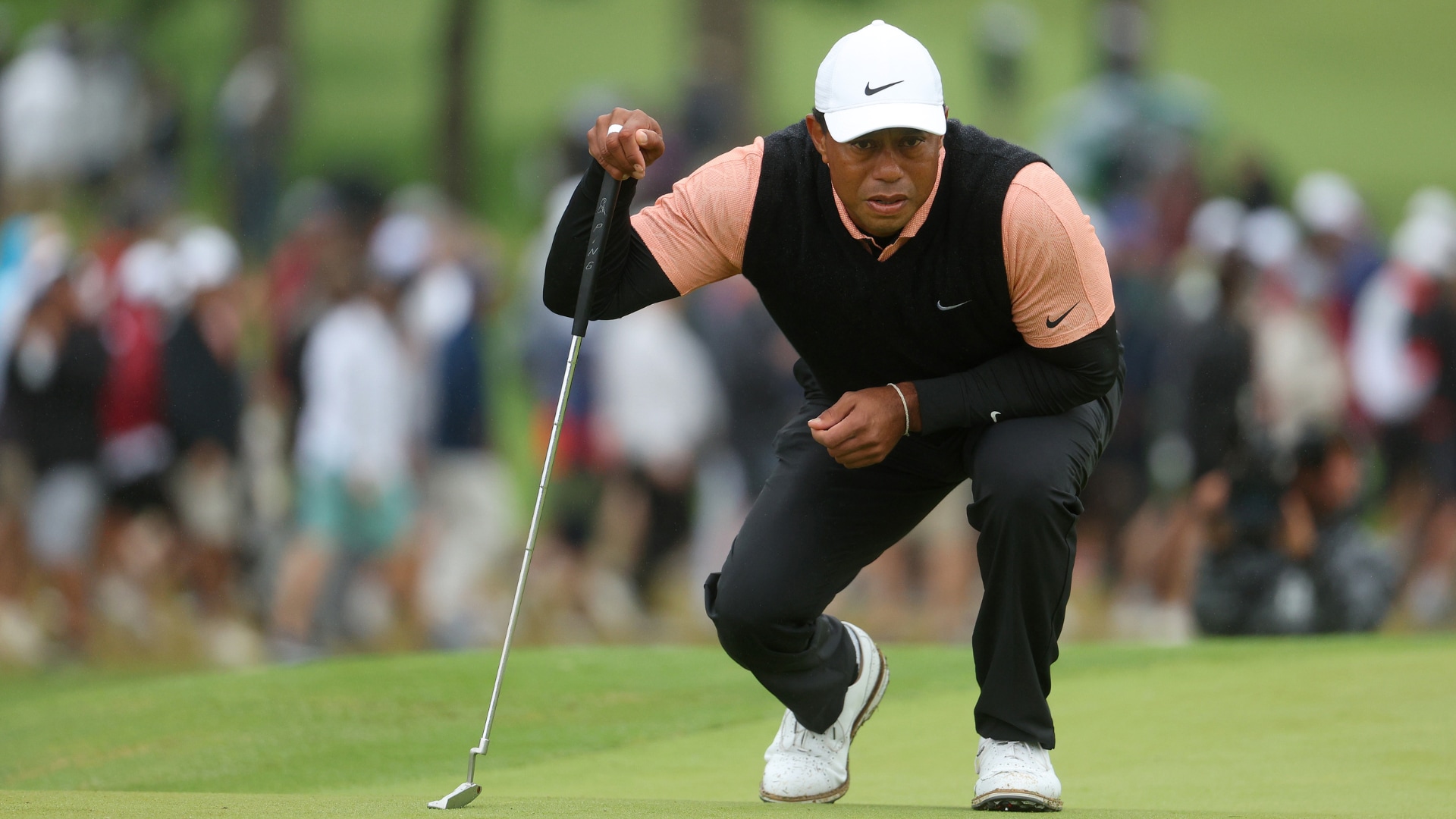 If you weren’t impressed with Tiger Woods’ return to golf, visual proof of the damage incurred to his right leg during his February 2021 single-vehicle accident might change that.

Despite displaying signs of fatigue and soreness, Woods has impressed in his return to major championship golf, making the cut in both of his appearances at the Masters and PGA Championship.

While the golf world set its sights on The Country Club at Brookline for the U.S. Open, Woods opted to stay home and rest his leg ahead of The Open at St. Andrews next month.

Instead of teeing it up, the 46-year-old reportedly spent Father’s Day weekend watching his son, Charlie, play in a junior golf event.

Woods was photographed at the event with a young player. He’s pictured wearing a pair of black golf shorts, sans the leg sleeve he’s been known to sport since the accident.

One thing is clear from the picture: Woods’ injured right leg – which, at one point, had been a candidate for amputation – is noticeably different than his left leg.

There is visible scarring from the emergency surgery he underwent to repair the leg and ankle. Additionally, the inner calf appears concave, while the lower portion of the leg, as a whole, seems to jut out in an unnatural way.

The only sign of assistance is what appears to be a wrap helping support his ankle.

The new image makes the 15-time major winner’s efforts at Augusta National and Southern Hills all the more monumental, and begs the question: if he can make the cut only 14 months after that severe of an injury, how long until he’s winning again?