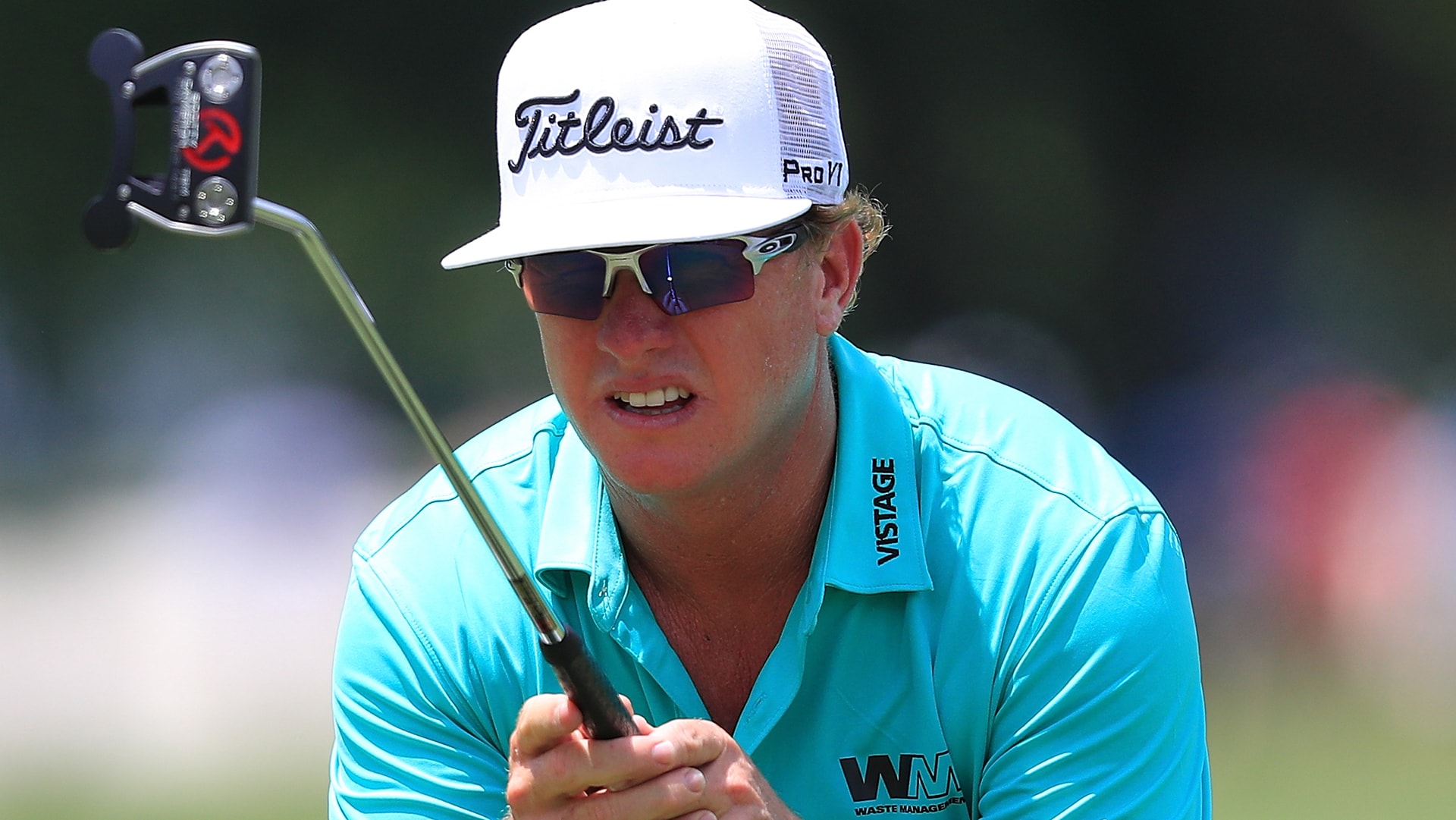 After sitting at home last week, Charley Hoffman decided it was time for a change.

The veteran estimated that he has been using the same version of a Scotty Cameron putter for the last five years, but heading into this week's Fort Worth Invitational he wanted to shake things up.

"I had an idea on Sunday literally coming out here that I wanted to have a little more weight in my putter," Hoffman told reporters. "I went with one that was sort of in my bag of putters at home that I could add some weight here."

The swap provided immediate results, as Hoffman opened with a 7-under 63 while picking up more than two strokes over the field on the greens to take a one-shot lead over Emiliano Grillo, Jhonattan Vegas and Andrew Putnam. It was an all-around effort Thursday for Hoffman, as he missed only two greens in regulation and never faced a par putt longer than 5 feet.

"I was able to knock in some mid-range putts and played very solid," Hoffman said. "It was a nice, very stress-free round. It was fun to play."

Hoffman had one of the best seasons of his career in 2017, capping it with a Presidents Cup appearance and a runner-up finish at the Hero World Challenge in December. While he has made nine cuts in 12 starts this year, his T-12 finish at the Masters remains his best result as he has struggled to turn top-20s into opportunities to contend.

Hoffman is making his seventh straight appearance at Colonial, where he tied for 10th in 2015. But he had never shot better than 65 before Thursday, when his decision to switch to a heavier Scotty Cameron model seemingly put a magnet on the bottom of the cup.

"Putting is a fickle part of the game," he said. "So hopefully the good mojo continues."