New rule would have really helped Phil at '04 U.S. Open 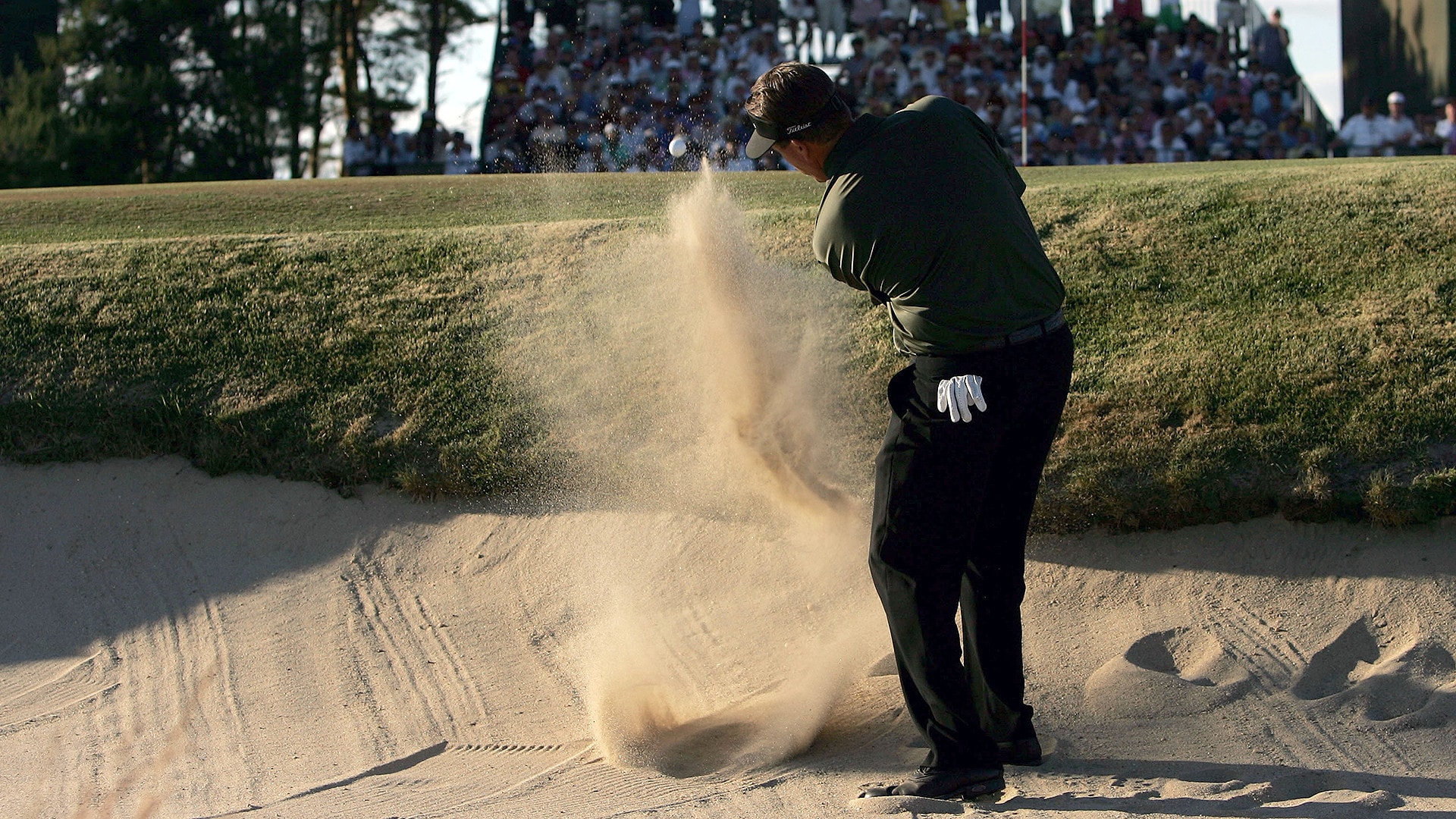 Getty Images
Phil Mickelson from a greenside bunker on the par-3 17th in the final round of the 2004 U.S. Open.  -

SOUTHAMPTON, N.Y. – The USGA is implementing a local rule at Shinnecock Hills this week that Phil Mickelson would have relished having in place when he finished second here in the U.S. Open in 2004.

The local rule will allow players to remove stones and small pebbles from bunkers without penalty.

Mickelson led the U.S. Open in ’04 when he stepped to the 17th tee in the final round. He hit his tee shot there into a front bunker, then blasted beyond and above the hole, setting up a three-putt double bogey. He only recently revealed that there was a stone behind his ball on that bunker shot.

Mickelson finished the championship two shots behind Retief Goosen. It’s one of Mickelson’s six-second place finishes in the U.S. Open, a title he needs to complete the career Grand Slam.

“I tried to go behind the rock and underneath it, and it took all the spin off it,” Mickelson told Golf Digest. “It had over-spin on it. It shot past the hole in the one spot I couldn’t go, downhill, down wind. It was not a hard shot – basic uphill bunker shot into the wind. Couldn’t have been easier. But that one thing changed everything … All because of that fricking rock.”

Fred Funk played with Mickelson on that day and verified the stone’s impact on the shot.

“The sound of the shot was weird, and the ball came out with no spin,” Funk told Golf Digest.

Thomas Pagel, the USGA’s senior director of rules of golf and amateur status, said stones and pebbles will be considered movable obstructions this week, instead of loose impediments.

“If I’m moving one of those rocks and my ball moves, no penalty,” Pagel said. “I’m just going to replace my ball and move on.”