Newsmaker of the Year: No. 10, Francesco Molinari 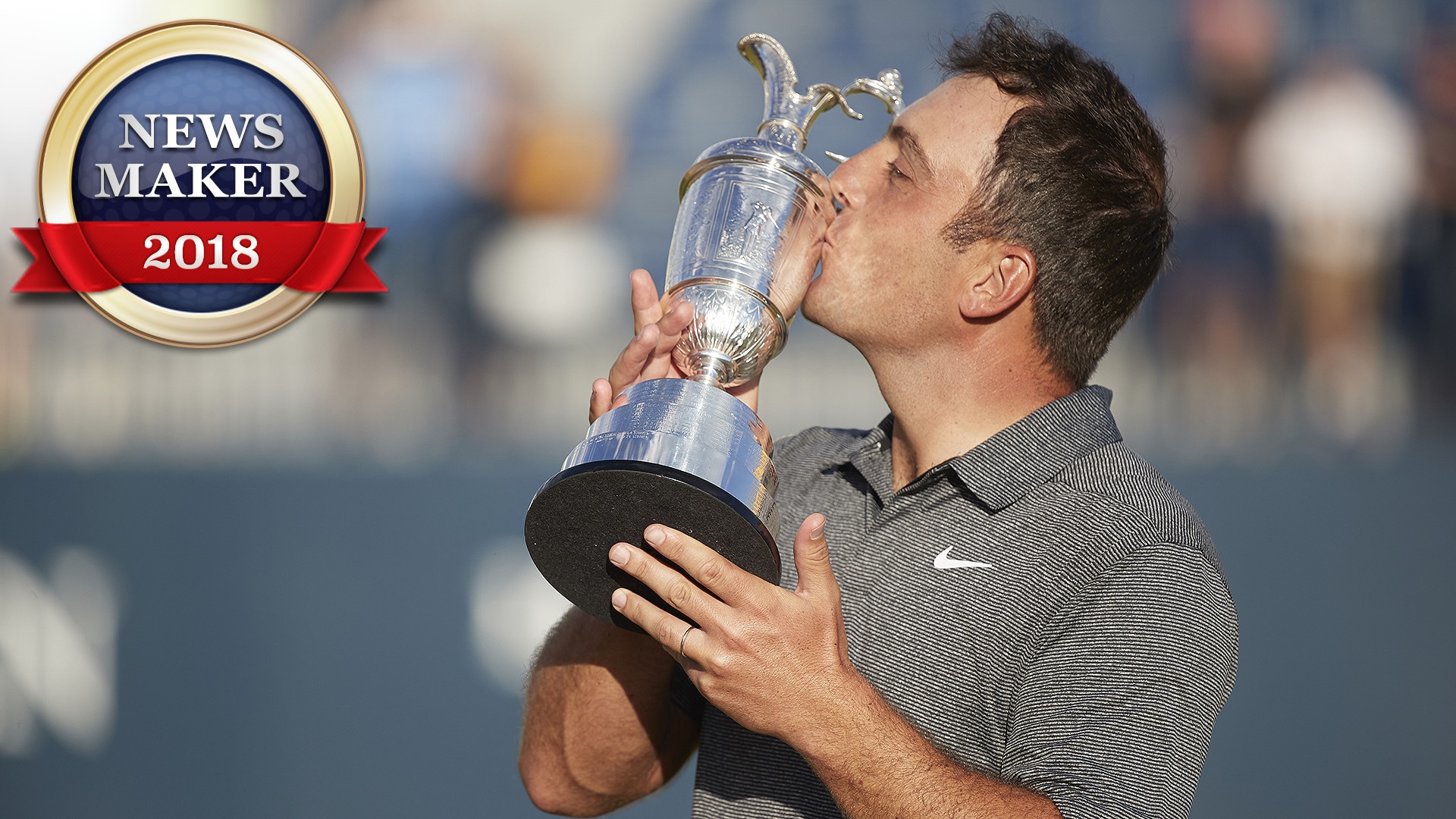 If we were making a list of 100 potential newsmakers at the start of the year, Francesco Molinari may not have made the cut. Heck, the same straw poll taken in early May would have turned up nary an Italian mention.

But after laying waste to the competition on both sides of the Atlantic for a summer and capping it with a Ryder Cup to remember, Molinari comes in at No. 10 on our list of the biggest newsmakers of 2018.

The narrative on Molinari had seemingly been written for a few years: soft-spoken, elite ball-striker, goes about his business and occasionally pops up to snag a trophy or two. He was nearly two years removed from his last worldwide win and wasn’t even garnering much Ryder Cup consideration as spring blossomed. When he missed the cut at The Players in May, he left TPC Sawgrass at No. 33 in the world rankings and still in search of his first top-10 finish of the year. Good, sure, but hardly newsworthy.

But at age 35, Molinari flipped a switch and condensed the best golf of his life into a torrid six-month stretch.

It started with the BMW PGA Championship in May, a performance that stretched beyond simply claiming the European Tour’s flagship event. It was the fact that, in the process, he chased down Rory McIlroy, himself in search of a win to soothe the pains of another Masters disappointment. But McIlroy couldn’t keep pace with the Molinari machine, as the Italian went 66-68 over the weekend to turn a five-shot deficit into a two-shot win.

“I don’t want to sound too arrogant, but when I play like this, I think I do everything well,” Molinari said. “I think I showed today that I can do pretty much everything as good as the top guys in the world.”

As if to illustrate just how quickly things escalated for Molinari this summer, he followed his Wentworth triumph by heading to the Quicken Loans National a few weeks later. Not as a field headliner, mind you, but as a pseudo-journeyman trying to retain his PGA Tour card. Molinari eschewed the European Tour’s French Open, played the same week on the future Ryder Cup course, because he was 121st in FedExCup points and in danger of losing one half of his intercontinental playing privileges.

He capped his trip to Virginia with a final-round 62, turning a close race into an eight-shot romp for his first career victory in the U.S. and one that was delivered in emphatic fashion.

“I came here obviously because I was right on the bubble in the FedEx, and I wanted to gain a better position,” Molinari said. “So I guess, job done.”

But even after notching a pair of wins, and even after playing his way into contention at Carnoustie, Molinari was still overlooked heading into the final round of The Open. After all, there was defending champ Jordan Spieth atop a crowded leaderboard, and a certain Tiger Woods just off the pace. Instead it was another ball-striking clinic from the Italian, who played alongside Woods in the final round, endured the roars, and became the Champion Golfer of the Year.

In two weekend trips around perhaps the hardest course in the Open rota, Molinari didn’t make a single bogey.

“It’s just disbelief,” he said. “To look at the names on the claret jug, obviously, what can you say? It’s the best golfers in history, and to be on there, it’s incredible.”

While Molinari’s performance in Scotland etched his name into the record books, his weekend in Paris a few months later only added to the lore of his 2018 campaign. Six years removed from his last Ryder Cup appearance, Molinari teamed with Tommy Fleetwood to go undefeated in team play, including a pair of wins over the potent duo of Woods and Patrick Reed. He added a singles’ victory on Sunday to become the first European ever to go 5-0 in Ryder Cup play.

In an event chock full of European highlights, none was more jubilant than Molinari being consumed by a tidal wave of teammates and fans on the 16th tee box after his match with Phil Mickelson ended and gave Europe the point it needed to clinch the cup.

“I mean, Frankie’s Frankie. He’s unbelievable,” said Fleetwood, the other half of the “Moliwood” duo that captivated fans at Le Golf National. “That guy is one good golfer. He deserves all the credit he gets, and I think it was very fitting that he got the winning shot, as well.”

Fitting as well was Molinari taking over for Fleetwood as the Race to Dubai champion in November. With the singsong chants from Paris still fresh in their memory, even the Englishman cracked a few grins after his late bid to overtake his good friend at the finish line came up short.

Instead, it was Molinari posing with the season-long hardware in Dubai, another tangible testament to a breakthrough season. It’s one that few could have predicted at the start of the year, but a summer of stellar play transformed Molinari’s perception and left no doubt about his standing among the world’s best. Forza Italia.