Newsmaker of the Year: No. 8, Patrick Reed 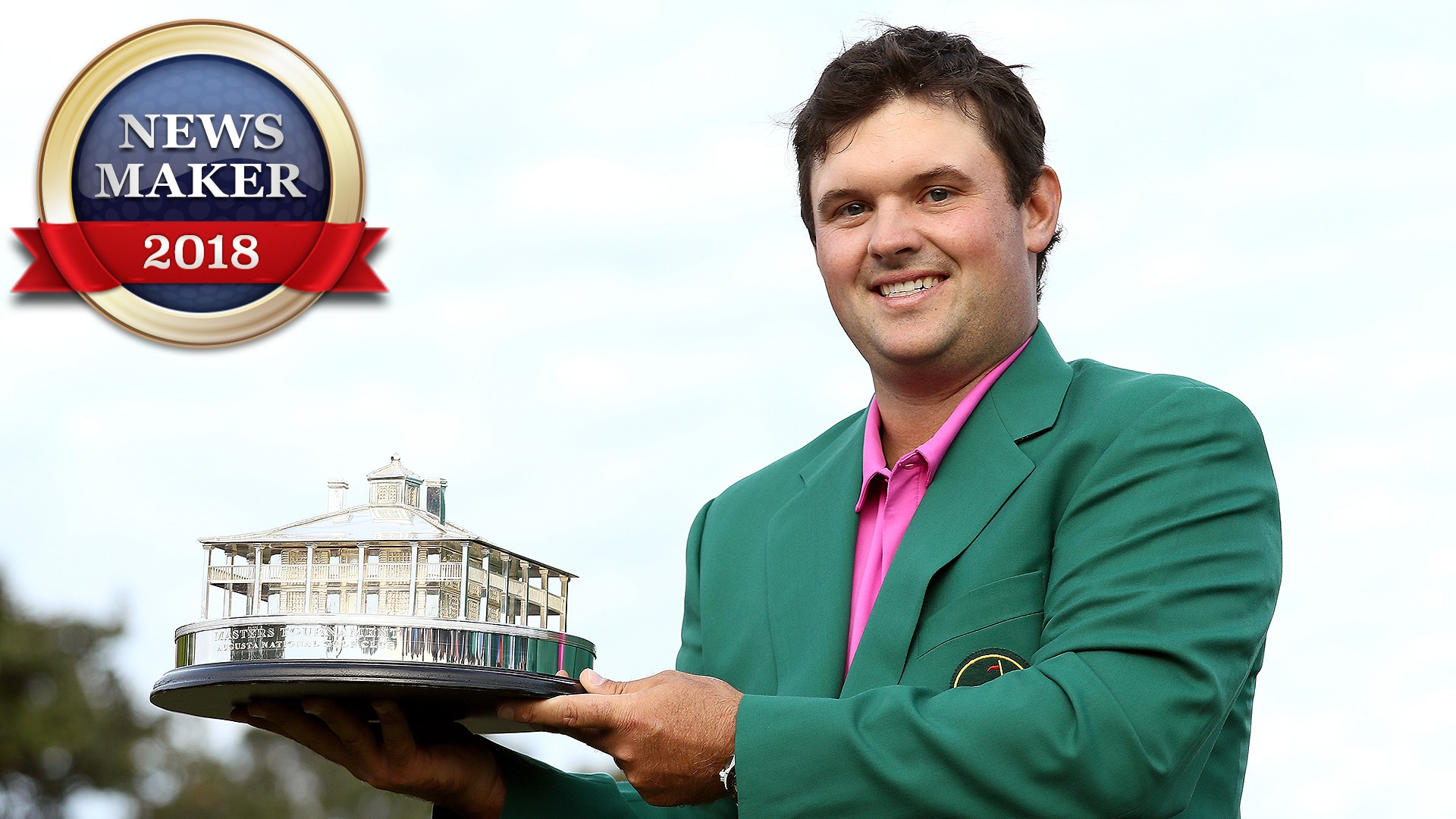 As much as Patrick Reed recently tried to distance himself from his villainous persona, oh, he just couldn’t help it in late 2018.

He had to go full wrestling heel again.

No sport shuns self-centered stars like golf, and so Reed’s blistering attack on his own U.S. Ryder Cup teammates was the lowlight of another American road loss – and the latest controversial moment in a complicated career.

This was supposed to be the year that the misunderstood 28-year-old finally earned the admiration of both his peers and global golf fans, after his hard-fought Masters victory. But it’s never that simple or straightforward with Reed, who checks in at No. 8 on our list of Newsmakers of the Year.

Before revisiting the self-inflicted disaster in Paris, let’s start with his happier times. Reed wasn’t necessarily the Best Player Yet to Win a Major, but heading into 2018 he at least was gaining momentum. After failing to record a top-10 in his first 15 major appearances – a surprise to anyone who saw his inspired and clutch play in the team events – Reed found his crunch-time comfort level during a tie for second at the 2017 PGA Championship.

Then came the Masters, where he grabbed a three-shot lead after 54 holes.

Standing on the first tee Sunday afternoon with Rory McIlroy, Reed couldn’t help but notice the patrons’ preference for a winner.

“His cheer was a little louder,” Reed said. Not that he ever lacks for motivation, but then he added: “That fueled my fire a little bit.”

The next question posed to Reed was whether he wished he were more of a fan favorite – the insinuation being, of course, that he was unpopular.

So where’s the disconnect?

Reed has a compelling backstory, one that should resonate with fans: He won a pair of NCAA team titles at tiny Augusta State, lived like a nomad for a year while Monday qualifying for a then-record six events, and became only the fourth player to win at least four Tour titles before the age of 25. Since 2014, he’s also been a dynamic presence and hugely successful part of the U.S. team competitions, where he relished the 1-on-1 combat that doesn’t exist during a long season.

But fans, for whatever reason, have continued to cling to the unsavory aspects of his past – from getting booted out of school at Georgia, to clashing with teammates at Augusta State, to being the lone wolf on a chummy tour that cherishes 20-something media darlings like Jordan Spieth and Rickie Fowler.

For one week every year, Reed is Captain America. The other 51 weeks? Steve Rogers.

That point was underscored at the Masters, where even his breakthrough major victory had a juicy backdrop: that his estranged parents – who still live in Augusta, only a few miles away – weren’t waiting behind the 18th green to celebrate with him. Asked afterward if it was bittersweet to not be able to share this joyous moment with them, Reed dismissed the questioner: “I’m just out here to play golf and try to win golf tournaments.”

So a year-long victory parade, this was not, and Reed spent much of the year searching for validation and that winning form. He qualified for the Ryder Cup, but not even his favorite event of the year could resuscitate his game.

The early-week buzz in Paris was that Reed would have a new Ryder Cup partner, after Spieth – with whom he’d gone 8-1-3 together since 2014 – wanted to team with longtime pal Justin Thomas. Needing to find Reed a new running mate, U.S. captain Jim Furyk didn’t stick him with some lowly benchwarmer – he instead paired Reed with his idol, Tiger Woods, who was fresh off a momentous victory at the Tour Championship. That move made sense on a lot of fronts, but it didn’t pan out, as the two were flat together and lost both matches. Clearly struggling with his swing, Reed was benched for a team session before pulling out a garbage-time singles victory.

Unfortunately for him, Reed saved his best shot for after the Ryder Cup.

In a stunning violation of team-room omertà, Reed fumed to the New York Times (and his wife also complained on Twitter) that it was Spieth’s fault that the Americans’ most successful partnership was disbanded; that Captain Furyk shouldn’t have sat him for a session; and that Woods apologized to him for playing so poorly in their fourballs match.

Just months after winning the Masters, Reed had gone rogue – again – and this time there was no one left to defend him as he drifted into an uncertain offseason.

Will Reed reconcile with Spieth?

Will he be warmly received at Augusta?

Will he play well enough to qualify for the Presidents Cup team? And if not, will the new U.S. captain – Tiger Woods, the living legend he just threw under the bus – be willing to potentially disrupt team chemistry and take him with a wildcard pick?

Whether he wants to or not, golf’s most complicated villain is likely to make even more news in the new year. He just can’t help himself.