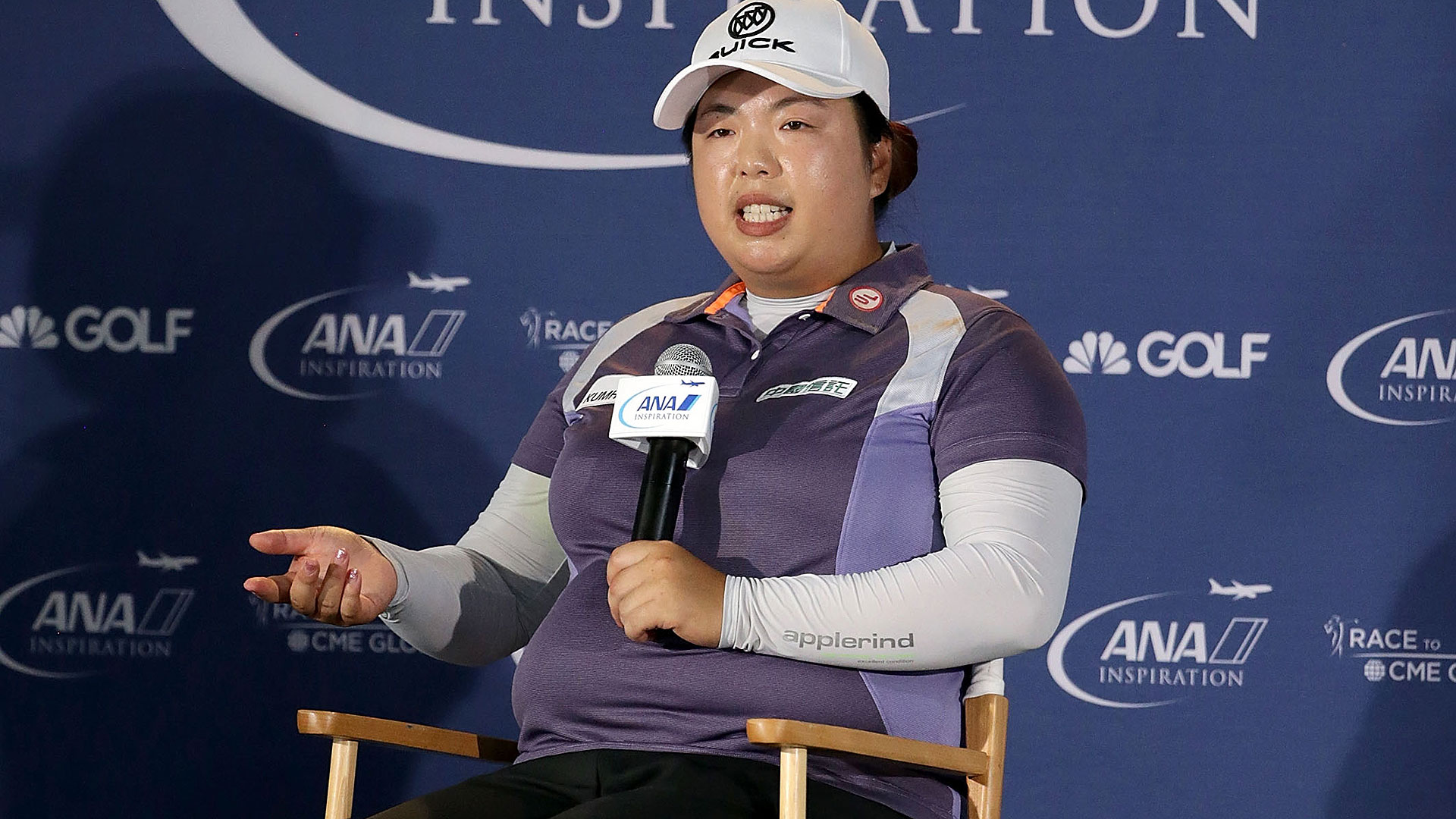 RANCHO MIRAGE, Calif. – What’s a Rolex world No. 1 have to do to get some attention?

Shanshan Feng quietly arrived at the ANA Inspiration atop the world rankings for the 20th consecutive week. She flies under the radar more than any No. 1 ever has in the women’s game.

Ladbrokes makes Lexi Thompson and Inbee Park the betting favorites this week at 10/1 with Ariya Jutanugarn and Jin Young Ko at 16/1.

If a victory this week doesn’t bring the attention Feng deserves, maybe an awkward leap into Poppie’s Pond will. Feng was asked if she can swim.

“I'm not like really good at it, but I will survive in the water,” Feng said.

With the world rankings bunched at the top, the top seven players in the world have a chance to leave the ANA with the world No. 1 ranking, depending what Feng does.

“I'm really not thinking about it, but, of course, people keep telling me I'm World No. 1,” Feng said. “That's going to give me a little pressure, because I think people expect the World No. 1 to do well all the time, which, we don't.”