No status, no problem: Will Gordon surges into Travelers contention with 62 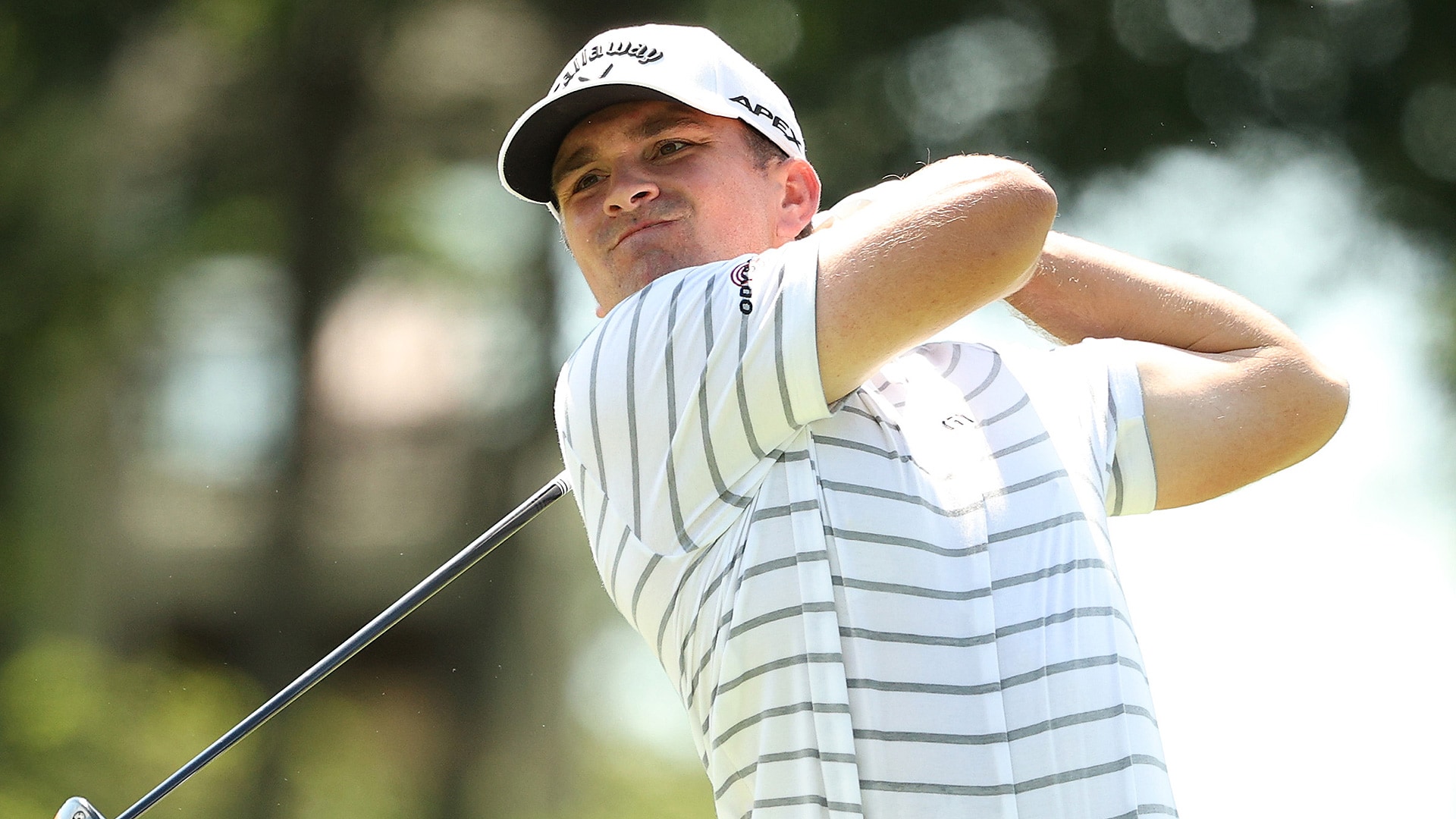 Every PGA Tour start is precious for a non-member, so Will Gordon understands the opportunity that awaits him this weekend at the Travelers Championship.

With rounds of 66-62, the 24-year-old surged into the lead following the early starters Friday at TPC River Highlands. He sits at 12-under 128.

Gordon has no status on any major tour, which means he’s relying on sponsor exemptions and Monday qualifiers to get starts on the PGA Tour. Despite the difficult route, the 2019 SEC Player of the Year already has three finishes of T-21 or better in six starts, earning enough FedExCup points to qualify for the Web.com Tour Finals, where there’d be 25 PGA Tour cards up for grabs in the end-of-season series.

The only problem: The Tour Finals were canceled this year, because of the 3 ½-month shutdown caused by the coronavirus pandemic. The next opportunity for Korn Ferry Tour players to earn a promotion to the PGA Tour will come in fall 2021.

“The uncertainty of having 18 months and being at the mercy of Monday qualifiers and sponsor exemptions makes you really thankful for the opportunities you do have,” Gordon said. “I can’t force it. If it was all up to me, I’d have my PGA Tour card right now, but it’s not. So I’ve just got to take it in stride and have fun and do it confidently.”

Playing on a sponsor exemption at the Travelers, Gordon has powered his way around TPC River Highlands and rolled in 266 feet worth of putts through two rounds, topping the field in strokes gained: putting.

A win this week would give Gordon a two-year exemption on Tour. A high finish would be enough to secure special temporary membership, allowing him to receive an unlimited number of sponsor exemptions for the rest of the season.

The Charlotte, N.C., resident played practice rounds during the break with Webb Simpson and calls the fifth-ranked player in the world a “big mentor.” Simpson won last week at the RBC Heritage.

“It just furthers my belief in myself that I can hang with those guys,” Gordon said.