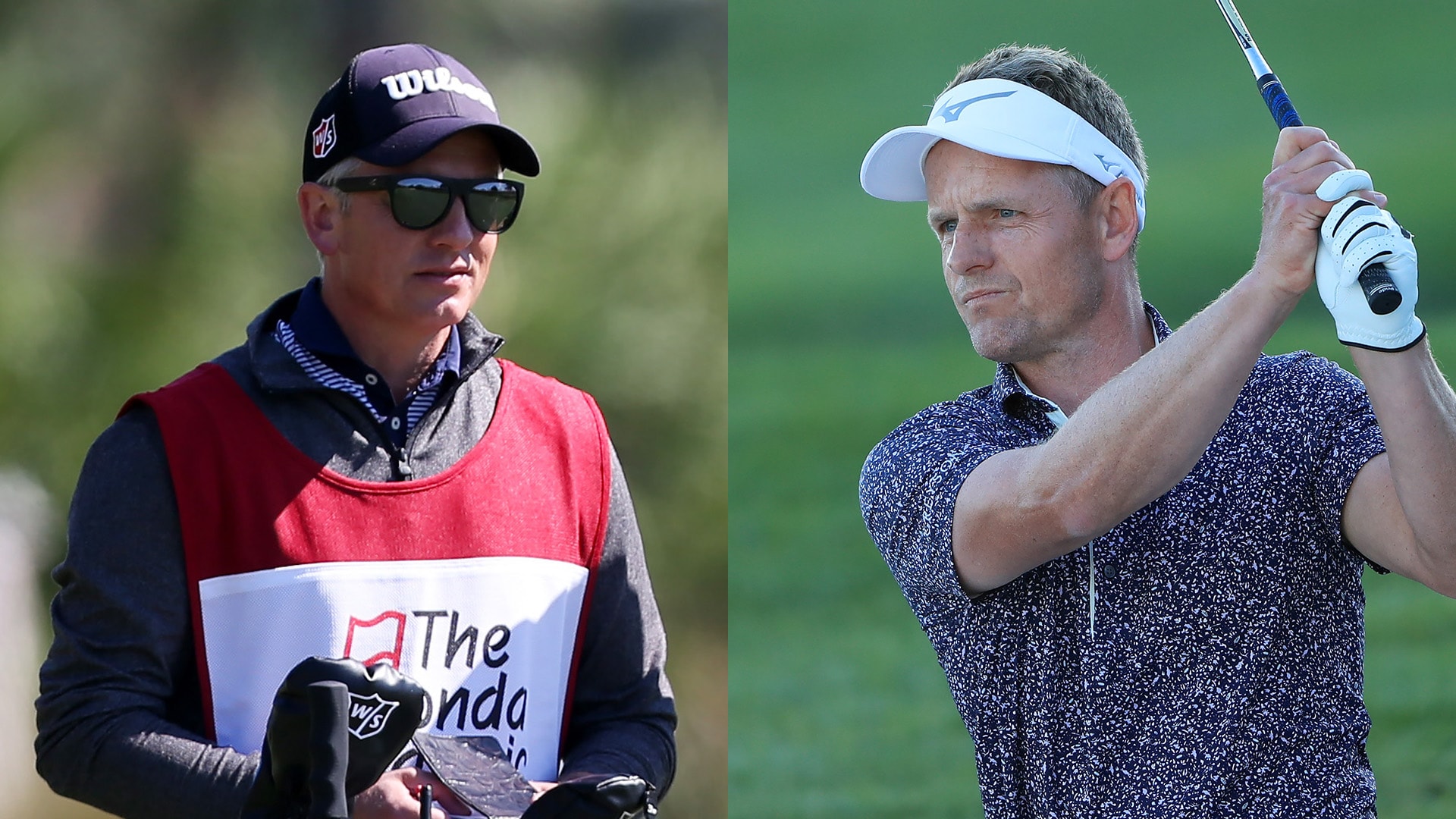 PALM BEACH GARDENS, Fla. – It’s been a special week for Luke Donald at the Honda Classic, even with the P.A. announcer introducing him on the first tee Saturday as Luke McDonald.

Yes, Donald is the 2006 Honda Classic champ, though he was also mistakenly introduced as the 2016 champ.

No matter, Donald, the 2011 PGA Tour Player of the Year and former world No. 1, is enjoying a resurgence at PGA National, with back woes finally behind him. He’s sitting just two shots off the lead going into Sunday’s finish.

A special week almost got even more special with Donald’s older brother, Christian, on the bag as caddie to Brendan Steele. Luke and Christian just missed getting put together in the same Sunday pairing, with Steele finishing a shot ahead of Luke.

Steele is in the final pairing with Tommy Fleetwood.

Luke was asked what it’s like “chasing” his brother.

“I’m chasing Brendan more than Chris,” Luke said. “I’d be happy for Chris if he won and had a good finish, of course.”

“It’s been an exciting week,” Christian said. “Luke’s had a tough couple of years with the back injury, so it’s nice to see him playing well. We pull for each other.”

Christian was Luke’s caddie for eight years at the start of Luke’s career. Christian joked that they split up because they were driving each other a little crazy.

“I worked with him, I traveled with him and I lived with him,” Christian said. “We nearly killed each other.”

Christian was laughing when he said this, but he said having separate golf careers is healthy for their relationship.

“One of Luke’s greatest attributes is that he’s really, really determined. I think he’s more relaxed than he used to be when we were younger, but he still really wants it.”