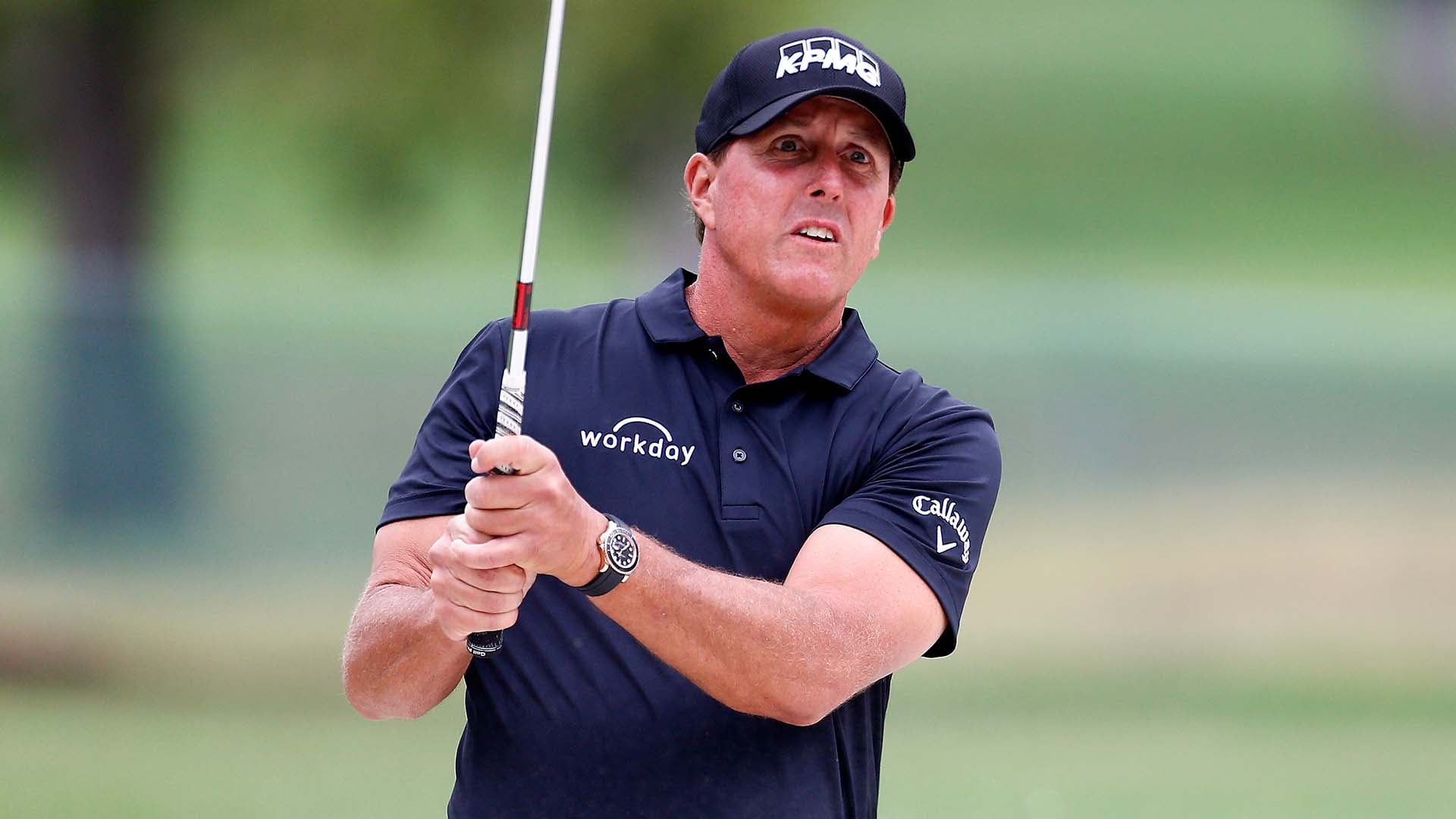 NAPA, Calif. – After struggling in the first round of a new season, an optimistic Phil Mickelson expected to bounce back with a round of “6 or 7 under” at the Safeway Open. And through nine holes, he was on track to do just that.

Mickelson got off to a fast start on a chilly morning at Silverado Resort and Spa, rolling in four birdies over his first seven holes. But he made just one more the rest of the way, signing for a 3-under 69 that left him at even par for the week and outside the projected cut line.

Mickelson’s woes largely traced back to a quadruple-bogey 9 on the par-5 fifth hole during the opening round, when he put two straight approach shots out of bounds, and it became a focal point following his fourth missed cut in his last seven starts.

“The way I see it, there were eight par-5s and I’ve got to play those in 4 to 6 under par to have a chance to win. I played them in 4 over, and I’m at even par and I’m going to miss the cut,” Mickelson said. “So there’s eight to 10 shots right there, simply on the par-5s. That identifies and shows me where I need to work. It tells me that some areas are OK, but that’s the area that I’ve got to improve on.”

Mickelson was making his first start since the BMW Championship more than a month ago, and despite speaking early in the week about increased focus and an improved attitude he admitted that his game remained “rusty.”

“I thought that there were some areas that were pretty good, and some areas that I need to work on. I wasn’t sharp, I hadn’t played in six weeks,” Mickelson said. “I need to play more golf, because the more I play, the sharper I’ll get.”

While his time in Napa was cut short, Mickelson has more competitive rounds in his near future. He’ll head to Las Vegas next week for the Shriners Hospitals for Children Open followed by a start two weeks later at the CJ Cup in South Korea, his last expected tournament before U.S. captain Tiger Woods makes his four selections for the upcoming Presidents Cup.