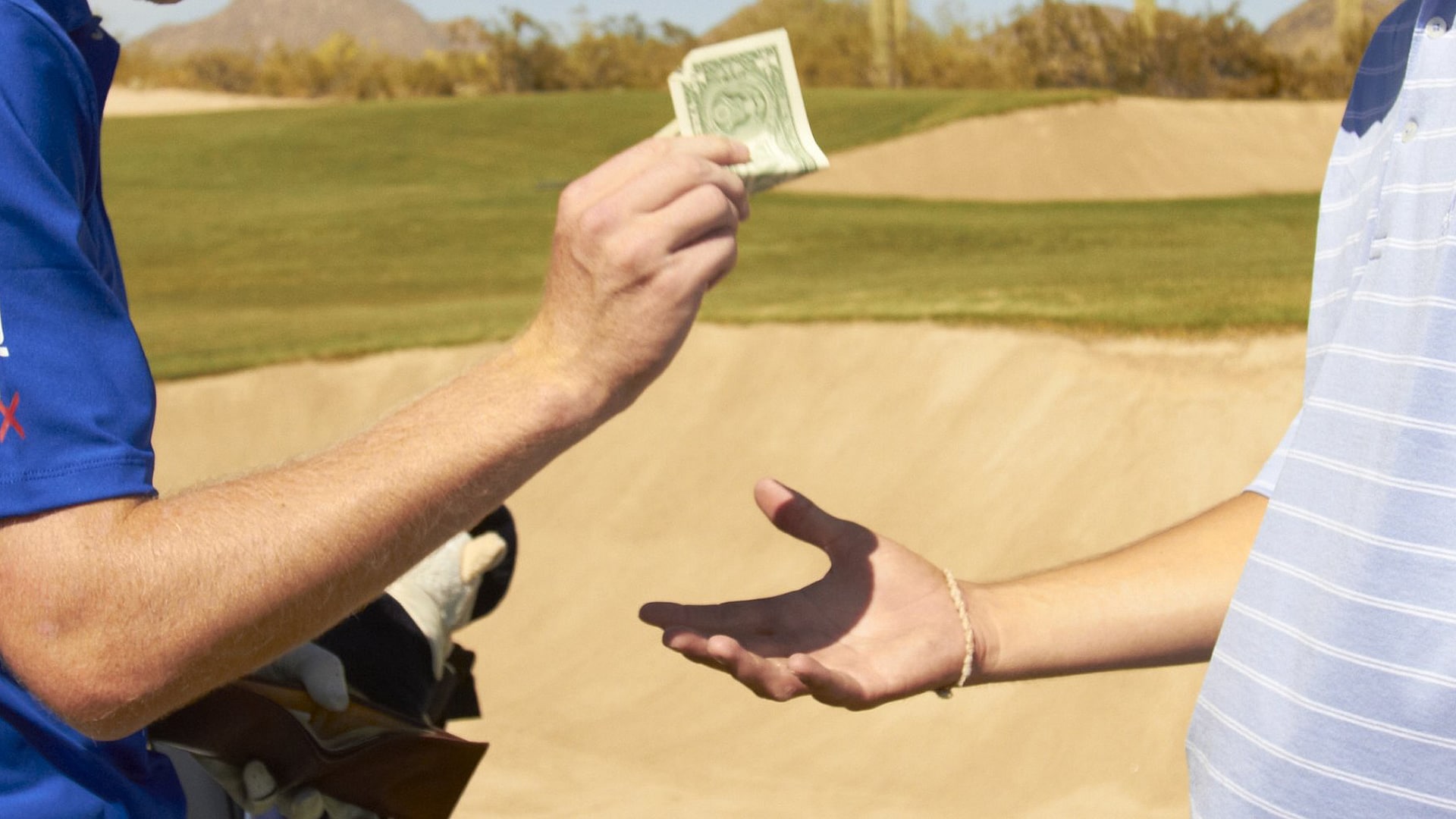 KAPALUA, Hawaii – For most players at Kapalua, preparations for the new year included an online tutorial on the dangers of gambling in golf.

It's part of the new ''Integrity Program'' that took effect Monday.

The PGA Tour previously had a policy that banned players from betting at tour events. The new program, which comes with a mandatory tutorial, covers all six tours under the PGA Tour umbrella.

The Tour said it was not responding to an incident but rather took notice of the growing popularity of gaming on golf around the world. It hired Genius Sports to help with the program and illustrate some of the far-reaching effects of big-time gaming. Along with a general concern of a person influencing the outcome, the tour wants players to be aware of inside information that would be distributed for purposes of gambling.

The tour also has had security paying attention to fans in the gallery on the phone distributing real-time information.

ALL OVER THE WORLD: European Tour chief Keith Pelley believes the eight-tournament Rolex Series was a ''monumental step'' in his goal to make the tour a viable alternative. One indicator was that Europe had nine weeks when its tournament offered more world ranking points than the PGA Tour, the most since 2013.

Europe also made a tiny dent – or didn't lose any ground – in the PGA Tour's substantial gap when it comes to strength of field.

However, throw out the four majors and the four World Golf Championships, and regular PGA Tour events offered an average of 49.43 points. That's more than all but four regular European Tour events – Abu Dhabi, the BMW PGA Championship (which is guaranteed 64 points as a flagship event), the Scottish Open and DP World Tour Championship in Dubai.

Without the majors and WGCs, Europe offered an average of 31.68 points to the winner. Only four regular PGA Tour events awarded fewer points – John Deere Classic, Safeway Open, Las Vegas and the RSM Classic. Three of those were in the fall portion of the PGA Tour schedule.

The meat of Europe's schedule was between the U.S. Open and The Open. The French Open, Irish Open and Scottish Open are all part of the Rolex Series and had substantially stronger fields going up against the Quicken Loans National, Greenbrier Classic and John Deere Classic.

Even so, the PGA Tour remains a destination. It claims 45 of the top 50 players in the world as members, the main reason behind the gap in ranking points. Matt Fitzpatrick (No. 29) and Bernd Wiesberger (No. 39) are the only Europeans who do not have full status on the PGA Tour.

COMING UP ROSES: The Sentry Tournament of Champions has the top five players in the world. It just doesn't have the hottest player in the world.

That would be Justin Rose, who ended 2017 with 10 consecutive top 10s since missing the cut at the PGA Championship. That includes three victories (HSBC Champions, Turkish Airlines Open and Indonesian Masters), along with a runner-up finish in the BMW Championship during the FedExCup playoffs.

Oddly enough, Rose wanted to be at Kapalua last year and made a reasonable argument that his victory in the Olympics should have qualified. He was eligible this year from his World Golf Championship title in Shanghai but chose to take an extended break before starting in Abu Dhabi.

Until his big run at the end, Rose had only one top 10 – a tie for fourth in the Irish Open – during a four-month stretch. Rose said that was due more to a few technical changes he was making in May and June than any hangover from his playoff loss to Sergio Garcia in the Masters.

''I try not to think about the Masters. I don't think about it that much,'' Rose said in the Bahamas. ''Clearly, it's one of those moments in your career. Fortunately, it's not a defining moment for me.''

It was easier to take as a U.S. Open champion (2013), and because Garcia is such a good friend.

Rose also found some perspective from Henrik Stenson, who had to settle for the silver medal in Rio. Stenson reminded him that in the Olympics, Rose hit a couple of suspect shots into the bushes and got good enough breaks that it didn't cost him.

''I think that's what Sergio had going for him on the back nine (at Augusta) versus me,'' Rose said. ''But in Rio, I had that. It swings around a bit. You've got to put yourself on the line. You can't be afraid of losing. You can't get through a career without some heartache. I'm all good with it.''

GETTING STARTED: Justin Thomas spent a year on the Web.com Tour before he earned his PGA Tour card. He went through his rookie season without winning or making it to the Tour Championship.

A slow start? Hardly. At age 24, he already has seven victories and a major championship.

And the start to his professional career was memorable in other ways. He made his pro debut on a sponsor exemption at the Dunhill Links Championship.

His first round as a pro was a 66 on the Old Course, though Thomas wound up missing the cut.

His amateur partner was retired Deutsche Bank Americas chief executive Seth Waugh. The other pro in his group? A 22-year-old from England who was still searching for his first European Tour victory. That would be Tommy Fleetwood.

DIVOTS: Masters champion Sergio Garcia and Xander Schauffele are playing Callaway equipment this year instead of TaylorMade, though both have signed contracts with Adidas to wear apparel and footwear. Schauffele, the PGA Tour rookie of the year, still had his old irons in the bag at Kapalua until he finds the right fit with Callaway. ... Three players at the Sentry Tournament of Champions combined to win 25 percent of PGA Tour events last year - Justin Thomas (5), Dustin Johnson (4) and Jordan Spieth (3). ... The 34-man field at Kapalua matches the largest since there were 37 players in 2003. ... Brandt Snedeker and longtime caddie Scott Vail have parted ways. Daniel Berger has split with his caddie and hired Lance Bennett, who previously worked for Bill Haas and Matt Kuchar.

STAT OF THE WEEK: No one has finished at No. 1 in the world for consecutive years since Tiger Woods in 2008 and 2009.

FINAL WORD: ''I think this year, the unknowns are very exciting.'' - Jordan Spieth.

Note: Doug Ferguson is a golf writer for The Associated Press