'Nothing we can do': Coronavirus has LPGA rookies sweating starts, status, money 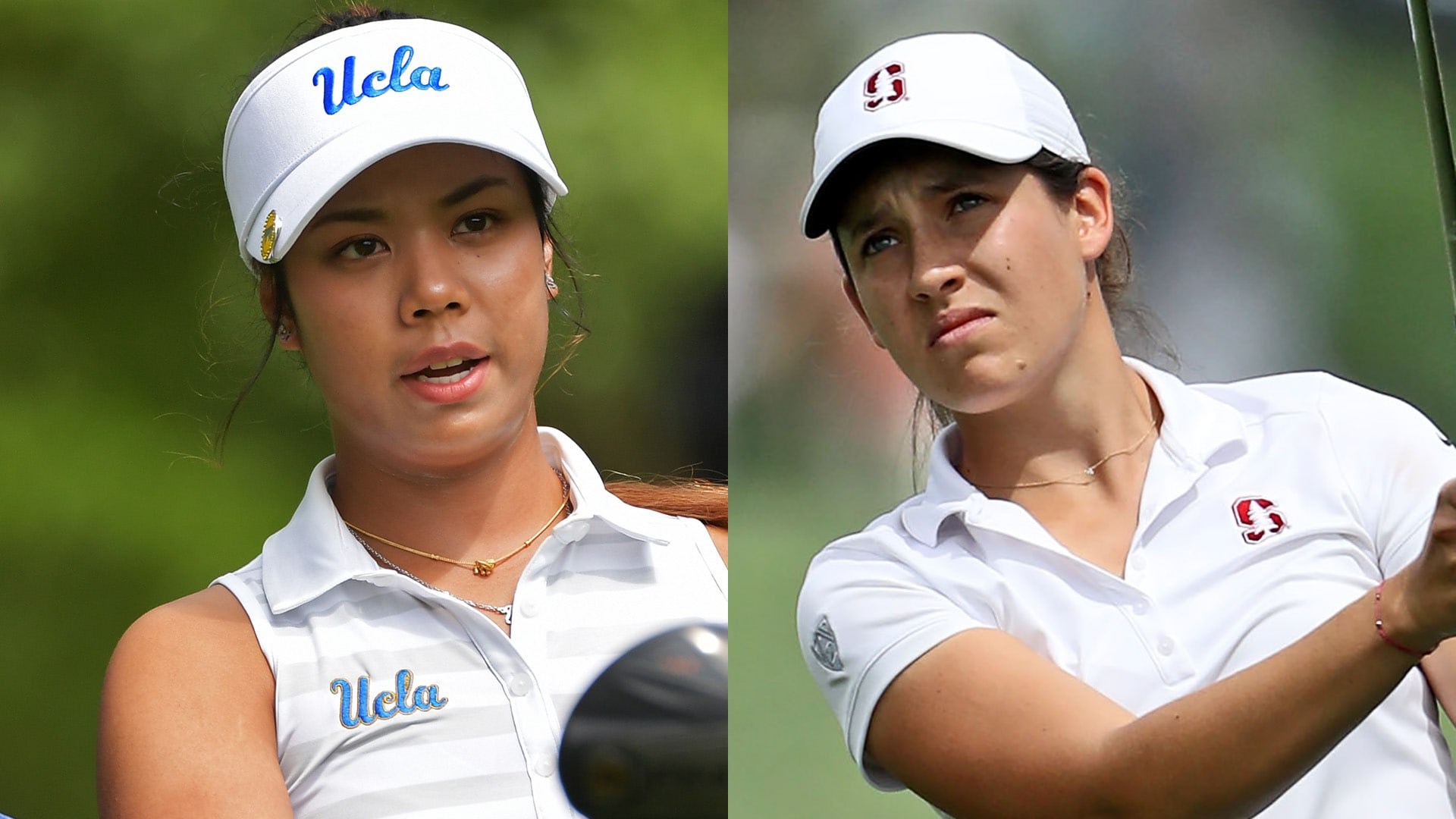 Patty Tavatanakit’s world is slowing in surreal fashion like everyone else’s.

Seven weeks ago, the LPGA rookie was flying to Australia for back-to-back tournaments, relishing the excitement of her new life and the exotic places the game could take her.

But in what seemed like the blink of an eye, she found herself driving through a strange and less exciting dreamscape, through the empty streets of Los Angeles, her adopted home after leaving Thailand for UCLA and then the pro ranks.

“It was like a ghost town,” she said of that drive through the city last week. “It felt like an episode of 'The Walking Dead.' No traffic, restaurants shut down, except for takeout orders.

“It was an eerie feeling.”

With the world on hold, with nine LPGA events already shuttered as this coronavirus threat grows, there’s uncertainty through the tour ranks, but even more so for the 19 rookies needing as many starts as possible to get their careers going.

Their games are on hold, but they wait, understanding there are larger concerns with everyone’s life on hold.

That’s the theme among first-year players, watching the world’s priorities change in such swift fashion.

“It’s still hard to process everything that has been going on, but there is really nothing we can do,” said Albane Valenzuela, the former Stanford star from Switzerland. “This is so much bigger than sports. We just have to accept the situation and find ways to stay healthy.”

Nobody’s sure when the LPGA will begin playing again, but competitive angst promises to build for rookies wanting as many chances as they can get to keep their tour cards.

Seven of the tour’s 19 rookies have yet to make their first start this season, with four more having only made one start.

Because of all the cancellations and postponements, veterans are sure to commit to events they don’t normally play. That’s going to bump rookies with lesser priority rankings out of tournaments they would otherwise have played.

That’s what was shaping up at the Volvik Founders Cup field before it was postponed.

Nine of the top 10 in the Rolex Women’s World Rankings were committed to play.

“We were very excited,” said Scott Wood, the Founders Cup tournament director. “We kind of knew once Thailand, Singapore and China were put on hold that we were going to have an even stronger field than we normally do, because players just had a month off.”

Once the LPGA can resume, all the game’s stars are going to be eager to get going.

“What’s the limited number of events we’re going to get into this year?” Tavatanakit said. “I want to keep my card. It’s going to be stressful.”

Tavatanakit and Hollis have strong priority rankings for rookies, by virtue of having won their tour cards as top-10 Symetra Tour money winners last year. They each got into three of the first four events this season. So did Valenzuela, with her Q-Series ranking.

For other rookies, lower in priority, there’s going to be more angst.

A year ago, the first priority-list reshuffle came in mid-May, after the Pure Silk Championship in Kingsmill in Virginia. It is likely a hand full of rookies still won’t have made a start by that time this season, if the tour is even back on schedule, which is looking more unlikely with every passing day.

Of course, the reshuffle is among alterations the tour’s going to have to make.

“It’s definitely affecting my short-term goals,” Hollis said. “Making the Olympics was a goal. That’s a big goal to try to accomplish as a rookie in a short time span. Now, I don’t even know how they’re going to do qualifying for the Olympics.”

As of today, Olympic qualifying remains the same, with the field scheduled to be set on June 29, but the Olympic committee is already acknowledging the possibility of postponing the games. The Olympic golf rankings are based on the world rankings.

Valenzuela currently holds the 60th and final ranking spot into the Olympic women’s field. She isn’t sure how many playing opportunities she will have to improve that spot, or if anyone else will have a chance to overtake her.

“My goal was to qualify for the Olympics,” Valenzuela said. “This was one of the reasons I decided to turn professional. I knew that it would be hard to qualify, but that if I played in enough tournaments, and made some cuts, I would have a fair chance. This is certainly something I think about moving forward in the season and hope to still have this opportunity in the future.”

Tavatanakit was aiming to make the Thai teams for the Olympics and the UL International Crown this summer.

“As a rookie, I’d like to make a name for myself, to work really hard to get into those events,” she said. “It’s a bummer, because I don’t know if I’m going to be able to do it this year.”

There are also questions about the U.S. Women’s Open, the KPMG Women’s PGA, the Evian Championship, the AIG Women’s British Open and the ANA Inspiration. How will qualifying for the major championships be affected?

“I really want a chance to play in all the majors,” Tavatanakit said.

Hollis was eager to play the ANA Inspiration for the first time this spring. Based on the April dates, she was qualified.

“I was really looking forward to it, but I don’t think I would have enjoyed wondering, 'Is everyone healthy? Are the fans healthy?’” she said. “Right now, I’m just glad almost everyone has made the decision to postpone sporting events, to stop large gatherings and to take time to self-quarantine and not spread the disease.”

There’s also the question of money during this down time.

Rookies and veterans alike aren’t taking home LPGA-related paychecks outside any endorsements they have, and those deals are harder to come by for rookies.

“Fortunately, I have a couple really good sponsors, Monster Energy and Progressive Insurance,” Hollis said. “They have been very supportive of me. They’ve definitely helped me a lot, financially and mentally.”

Hollis said her deals don’t require minimum starts. She hopes players whose contracts have those requirements will get special consideration through the coronavirus threat.

Mostly, Hollis is trying to make the most of time away as she works to keep her game sharp.

“It’s all in the perspective and attitude you have,” she said. “I’m feeling positive about things, and I’m praying for people who are the most severely affected by this.”

To be sure, an LPGA rookie class has never navigated more uncharted waters. The uncertainties continue to mount with each lost or postponed event.