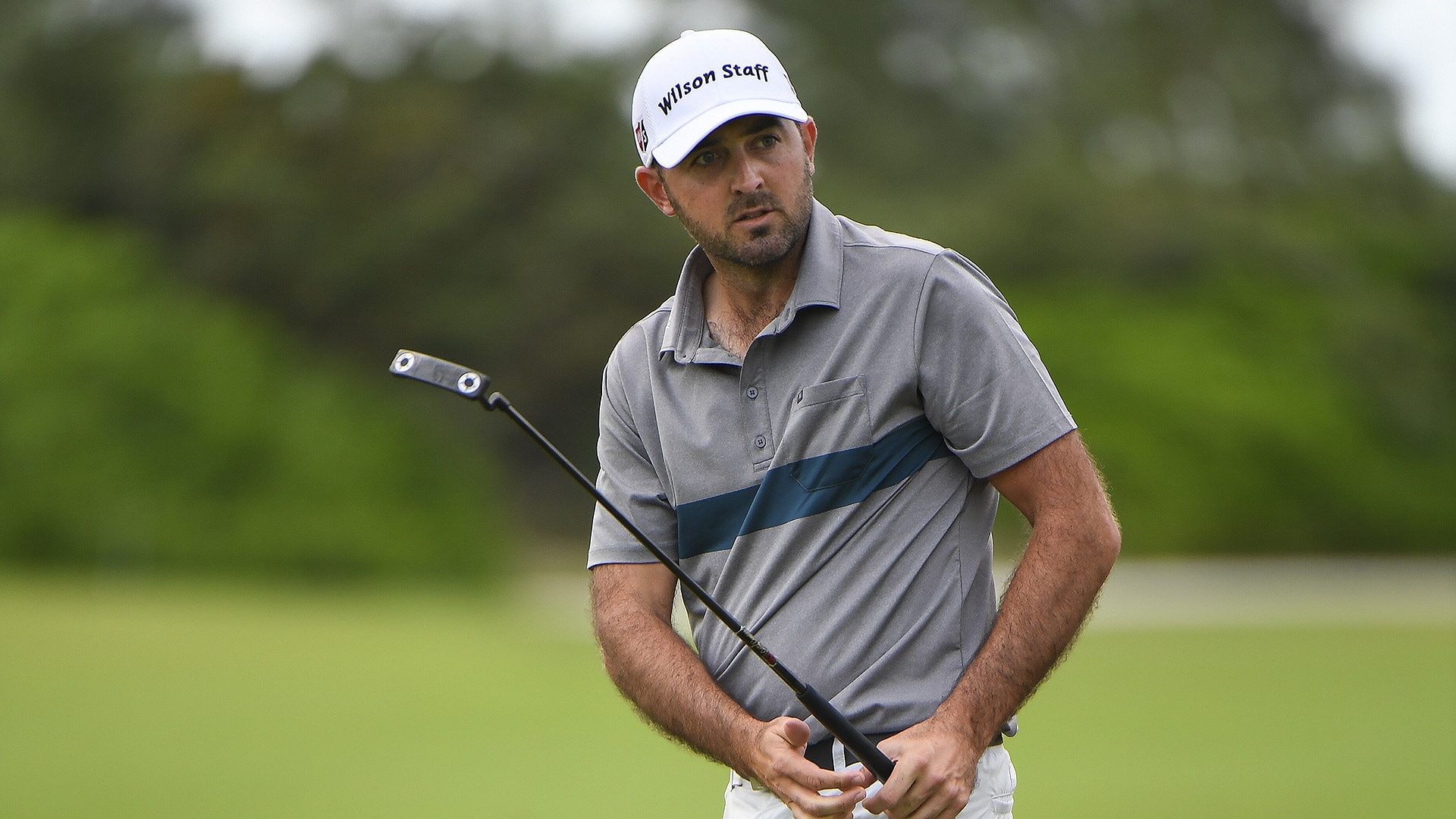 Web.com Tour rules official Jim Duncan has a clear memory of the moments that led to a 72nd-hole penalty for Rhein Gibson at the Bahamas Great Abaco Classic, and his version does not align with the one told by Gibson's recently-fired caddie, Brandon Davis.

Gibson became the subject of a social media firestorm after television cameras caught him throwing a putter cover at Davis in the wake of a one-shot penalty he incurred because it was Davis the caddie, not Gibson the player, who retrieved Gibson's ball from a greenside hazard. The subsequent penalty dropped Gibson from T-2 to solo third, a difference of $12,000.

Gibson took to Twitter Wednesday night to offer an apology, while Davis shared a lengthy video in which he confirmed he was fired "on the spot" and cited a USGA rules decision that he believed absolved the duo of any penalty.

Duncan is the vice president of rules, competitions and administration for the Web.com Tour, and he was the on-site rules official who made the ruling in question. He shared his recollection of the incident in a phone interview, one that conflicted with how Davis portrayed the situation.

"Contrary to what Brandon said, I did not find the ball," Duncan said. "(Gibson) was kind of looking in the high grass or whatever, and I turned around and said to Rhein that we had found the ball. And the caddie had actually sort of gotten behind me, and Rhein's now walking toward me, and I turn around and that's when (Davis) picked the ball up.

The penalty was administered under Rule 18-2, which notes that one shot will be added if a caddie moves a ball while at rest without a player's authority. Decision 26-1/9 specifically addresses a caddie picking up a ball in a hazard, and Davis believed that it should have negated any potential penalty if there was "no doubt or it was reasonable to assume" the player would not have tried to hit his ball from the hazard.

But the decision also stipulates that any doubt must be resolved "against the player," meaning the penalty must stand in such instances. In Duncan's view, the comment Gibson made about not having an opportunity to evaluate the ball for a potential shot meant the penalty should stand.

"I know when I see guys that I'd say are veteran caddies in a search like this, I can picture a few people and they've got the bag down and they let the player decide everything," Duncan said. "Touching a player's ball, or doing acts that that the player normally does in the foundation of golf, there's a lot of things that can actually get the player in trouble that the caddie does."

Duncan noted that Decision 26-1/9 offers officials "a little wiggle room" in certain situations, but in this particular case he believes that the added stroke was the appropriate outcome.

"You're kind of trying to keep the onus on the player to decide what he's going to do," Duncan said, "and not really let the caddie get involved with that part of the game."