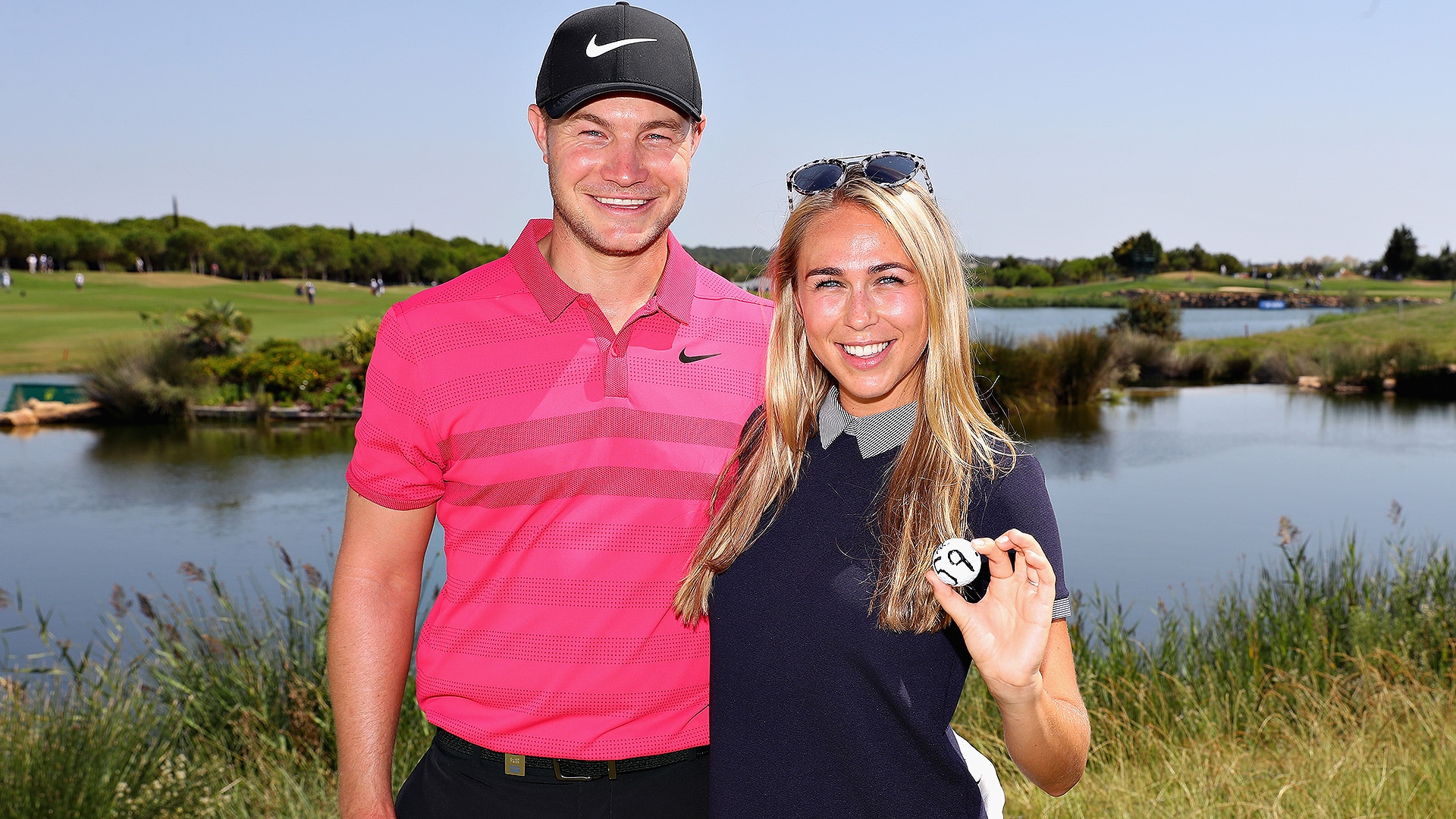 There’s never been a sub-60 score on the European Tour, and Oliver Fisher almost went two strokes better Friday at the Portugal Masters.

Fisher’s 40-footer on the final green burned the edge, but he tapped in the short par putt to record the first 59 in tour history.

“It feels great,” he said after getting sprayed with champagne. “It was in the back of my mind all day.”

The 287th-ranked player in the world, Fisher made 10 birdies, an eagle and seven pars during his magical round.

All of the other major pro tours have produced a 59 – nine times on the PGA Tour; once on the LPGA – but this was the first time that a player on the European Tour broke the sub-60 barrier. (There have been 19 rounds of 60.) Earlier this year, at the Scottish Open, Brandon Stone narrowly missed an 8-footer on the final green during the final round. This tournament has produced a few chances, as well, with both Scott Jamieson and Nicolas Colsaerts coming up just short over the past few years.

Fisher went out in 28 at Dom Pedro Victoria Golf Course, then made three birdies in a row to start the back nine. He tacked on another birdie on 15 to give himself a shot at history, then played the closing stretch in 1 under. On 16, he needed a 20-footer for par after leaving his tee shot well short of the flag. He two-putted for birdie on 17 and then coolly made par on the last, after his birdie try from 40 feet just missed on the left edge.

Two years ago, he arrived in Portugal needed a good result just to keep his card. He shot a final-round 64.

On Friday, he made tour history.

“I kept that in the back of my mind, thinking things could be worse,” he said.

To this point, Fisher had a forgettable season. Ranked 72nd in the Race to Dubai, he didn’t have a top-10 in a stroke-play event since late February. His last four results: MC-T71-MC-MC. He opened the Portugal Masters with a 71 and was in danger of missing the cut.

“I tried to enjoy it,” he said. “It’s not often that we get a chance to shoot a really low one.”