A year after crash, Tiger Woods can't completely remove himself from traumatic milestone 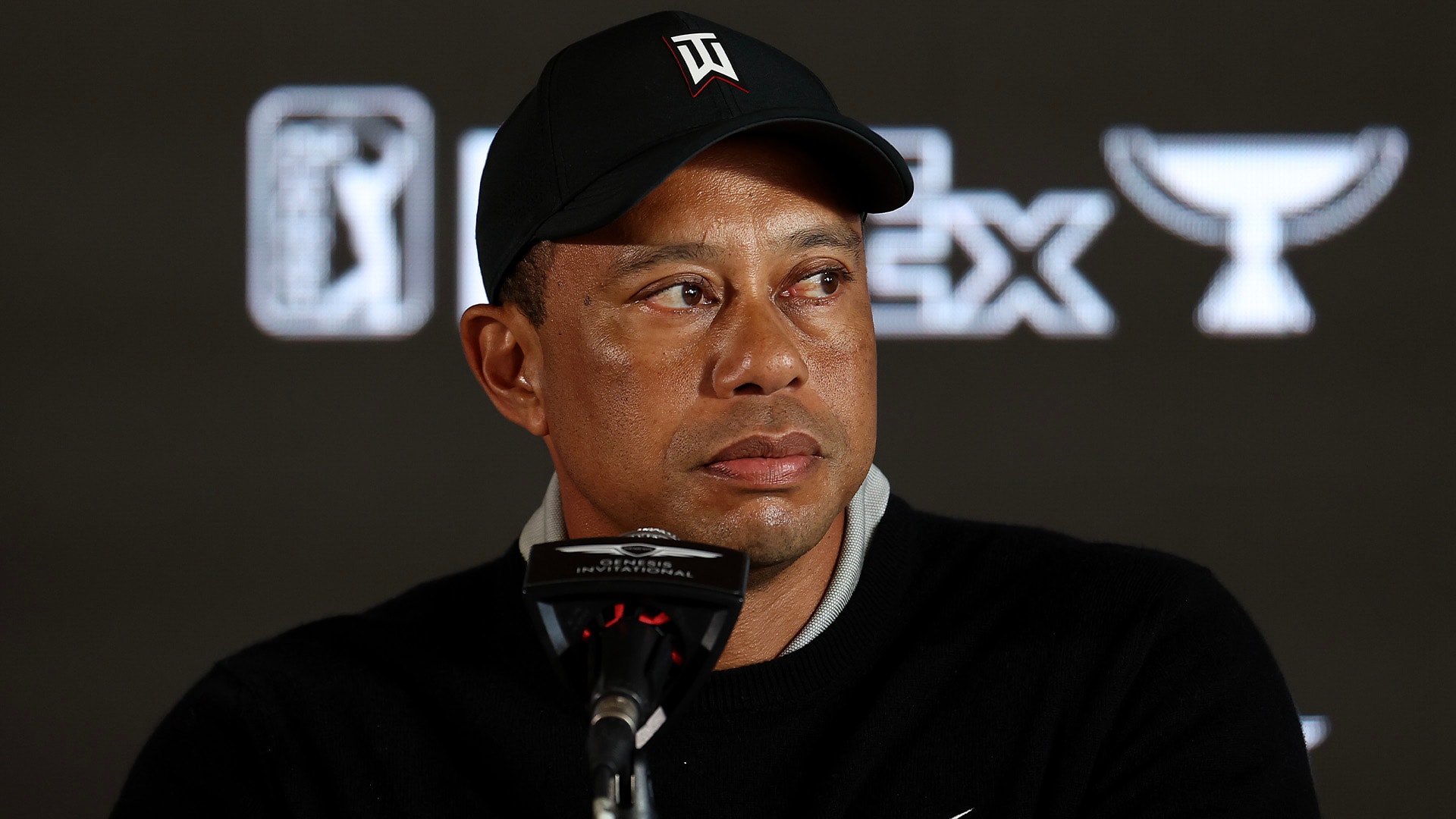 LOS ANGELES – Next Wednesday marks an anniversary that Tiger Woods would rather forget, but circumstances are having no part of his desire for blissful indifference.

As the grinning host fielded the predictable questions Wednesday at Riviera Country Club, he could never completely remove himself from that traumatic milestone.

On Feb. 23, 2021, just two days removed from handling the last of his hosting duties at the Genesis Invitational, Woods’ SUV courtesy car careened through a neighborhood sign welcoming people to Rolling Hills Estates – an upscale neighborhood that’s about an hour south of Riviera on a bad L.A. traffic day – and tumbled into a field. The images are still fresh enough that Woods presses through the obvious whenever possible.

“My foot was a little messed up there about a year ago, so the walking part is something that I'm still working on, working on strength and development in that,” he shrugged.

“A little messed up” is Tiger’s way of moving forward. It makes sound psychological sense given the alternative which is revisiting the horrific single-vehicle crash that might have ended his playing career on the PGA Tour if not his life.

Following the crash, Woods was taken to Harbor-UCLA Medical Center where a rod was inserted to stabilize his tibia and femur bones, while a “combination of screws and pins” were used to stabilize injuries to the bones of the foot and ankle. For a man that had made a career out of not saying much those details, which were released via his social media channels, spoke volumes. Tiger: Recovery 'not at the speed ... I would like'

Tiger Woods said Wednesday that he is still uncertain as to when he might return to the PGA Tour: "I want to know, but I don't."

This isn’t the first time Woods has returned to Los Angeles since he needed multiple surgeries to save his right leg but donning the host hat at Riviera likely came with a good amount of handwringing.

It’s been a long year for Tiger.

In December he reemerged at the Hero World Challenge and offered the golf world a pleasant surprise when he was spotted on the practice range hitting balls. A few weeks later he teamed with his son, Charlie, to finish runner-up at the PNC Championship.

It was a reason to be optimistic for the first time in a year, but the good times came with an asterisk as Tiger cautioned not to look too far ahead.

It was a similar story on Wednesday.

Woods played the role of host, shaking hands, smiling for pictures and generally embracing a ceremonial gig that he once avoided. What he wouldn’t do is speculate about his future.

For Woods, his progress has been slow. Too slow. As encouraging as his play at the PNC in December was he painted a less upbeat picture when asked about his progress and his ability to practice.

“Short game-wise, yes, I can. Long game-wise, no, I have not, because that involves more loading, more torquing of the leg, and as I said, walking is something I'm still working on,” he said. “I have a long way to go. My leg was not in very good position there about a year ago and I've had to work through a lot of different operations and a lot of different scenarios.”

One of those “scenarios” is when or if he plays the Tour again. As encouraging as the PNC was for the general public it was proof to Tiger that he wasn’t ready. He still isn’t ready.

For the better part of Woods’ career the narrative has always been dictated by his health but this most recent bout, with all its painful moments, is an entirely different challenge. In this case, Tiger needs to literally walk before he runs.

During a particularly telling exchange on Wednesday, Tiger was asked the possibility of playing the Par 3 Contest during the Masters in April. He recoiled while channeling his best Allen Iverson.

“I'm talking about playing golf. That's a practice round, that's a pro-am day, or if it's a major, it's a practice round day, it's 12 rounds,” he explained. “It's the competitive nature, how much that takes out of you mentally, physically, emotionally. I haven't prepared for any of that. Going for a walk, I can do that. Am I going to be sore? Hell, yeah, but I can do that.”

The focus, understandably, has shifted from winning majors to making progress. Instead of “reps” — his code word for the work away from tournaments that was required to win 82 Tour titles and 15 major championships — he now reads Dean Koontz novels to fill the time between rehabilitation sessions and meetings with members of his foundation.

“I wish I could spend more time on the range digging it out of the dirt, like I was saying earlier. But that's not realistic at this point,” he said.

Woods also conceded that when/if he’s able to work his way back to something close to his best there are still the back and neck issues that have made the last few years of his career an ongoing battle with the surgeon’s scalpel.

He referenced last year’s accident three times on Wednesday and only with a passing acknowledgment. It’s a moment that even 12 months removed he’d rather forget but at Riviera that was impossible.

But Woods didn’t need the predictable questions from the media to remind him of that moment when everything faded to black. Whatever path Tiger’s career takes from here he knows it was irrevocably altered on that winding road outside Rolling Hills Estate.