As The Open looms, Fowler right where he wants to be 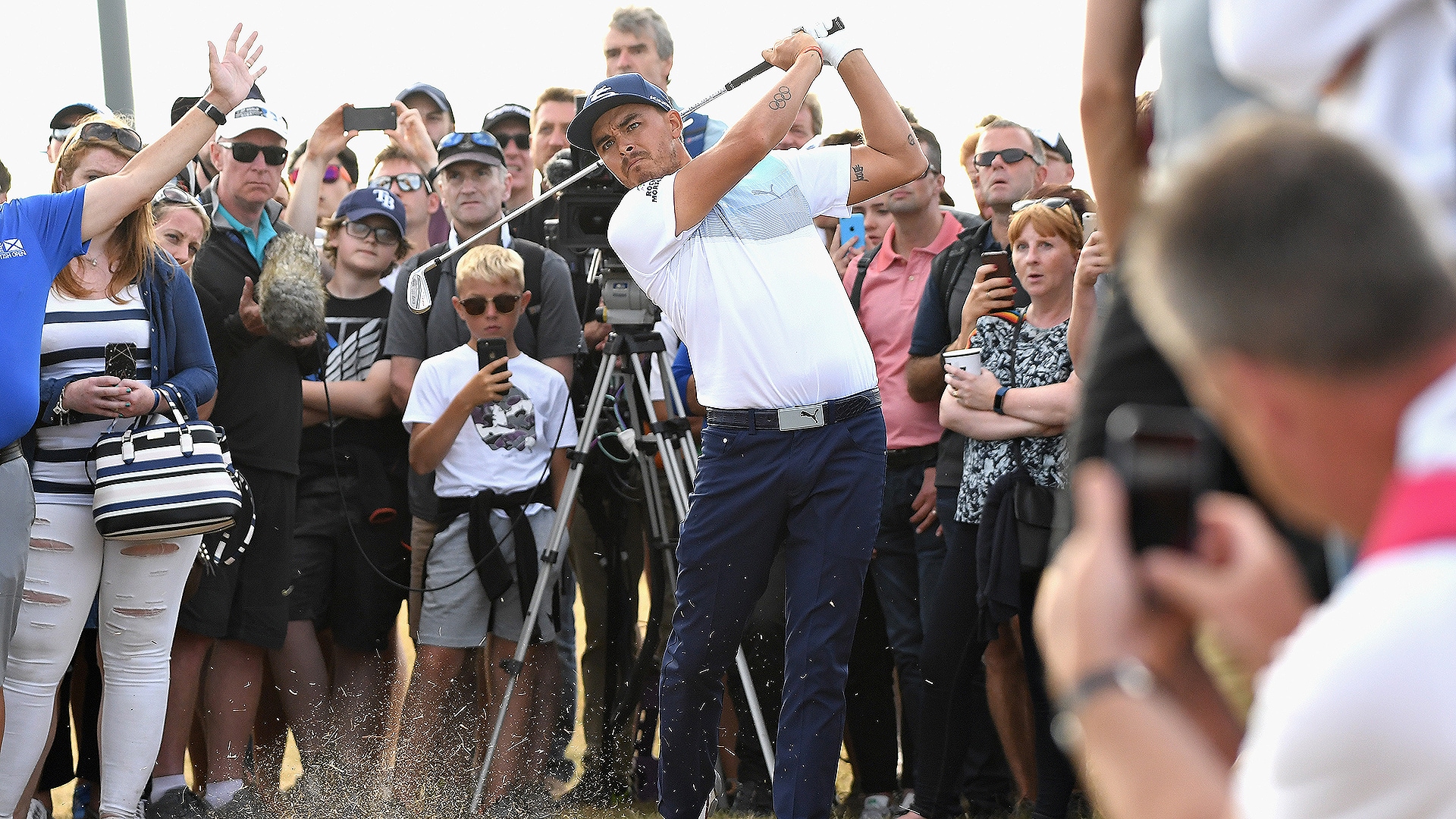 Is Rickie Fowler on the verge of something spectacular?

There was more than a hint of what may be coming in the 458-yard missile he launched at the 10th hole Saturday at the Aberdeen Standard Investments Scottish Open. He hammered his tee shot so hard there, fans had to scatter to get out of the way as his ball ran through the middle of a crosswalk that marshals didn’t think he could reach.

That titanic blast helped get Fowler “right where we want to be.”

After posting a 2-under-par 68 in difficult winds at Gullane Golf Club, Fowler wasn’t just talking about positioning himself to win the Scottish Open for the second time in four years.

With The Open at Carnoustie next week, you knew he was talking about more than that. His game appears to be right where he wants it to be to make a run at finally breaking through to win his first major championship.

Fowler is one shot off the lead at Gullane with one eye on Carnoustie.

After the first round, Fowler spoke openly about how he was there to get his game pointed toward Carnoustie.

“I think it’s probably the best prep that you can get, playing competitive golf leading into a major, especially similar style of golf,” Fowler said. “I think it's great prep just to be over here, playing on similar ground, feeling how much the wind does affect the ball, whether it's crosswinds, into the wind, downwind, and just getting acclimated and relaxed over here.”

So Fowler loved it when the winds came up Saturday afternoon. He knows Carnoustie’s reputation for snarling and sneering in wind and rain. He wants to be ready for that.

“It’s a lot more fun to be out in the wind and have this course show its teeth a little bit,” Fowler said. “It’s a good challenge, definitely a good test.”

Fowler, 29, is the best player in golf without a major championship, the biggest star, too, but he has been ready to shed those labels for a few years now.

So Sunday’s about winning to get ready to win again.

Fowler won when the Scottish Open was at Gullane in 2015, and so he arrived this week with the confidence that comes with that.

There’s no better prep for a major than building on confidence.

That’s what Sunday means to Fowler.

“We’ve had success here before, obviously played a lot of good golf around here,” he said. “I enjoy playing Gullane. I feel like it suits my eye, my game.”

Fowler showed the spectacular nature of his closing skills winning The Players in 2015, when he was a human fireworks show, coming from five shots back with six holes to play to eventually win in a playoff. But there also have been blown chances, too many for his liking.

So confidence can be won or lost Sunday at Gullane.

That’s what really hangs in the balance.

Sweden’s Jens Dantorp sits one shot ahead of Fowler.

Russell Knox, who won the Irish Open last week, is a Scot looking to make a “dream come true” winning his national open. He’s two shots back.  So is Tyrrell Hatton, with Justin Rose, Thomas Pieters and Trevor Immelman in a pack only three back.

“We have a jam-packed leaderboard,” Fowler said. “Nothing is going to be easy. You’re going to have to go out and earn it.”

That’s the way Fowler wants it.

That’s the best prep Sunday offers to get him ready to finally make his own dream come true at Carnoustie.