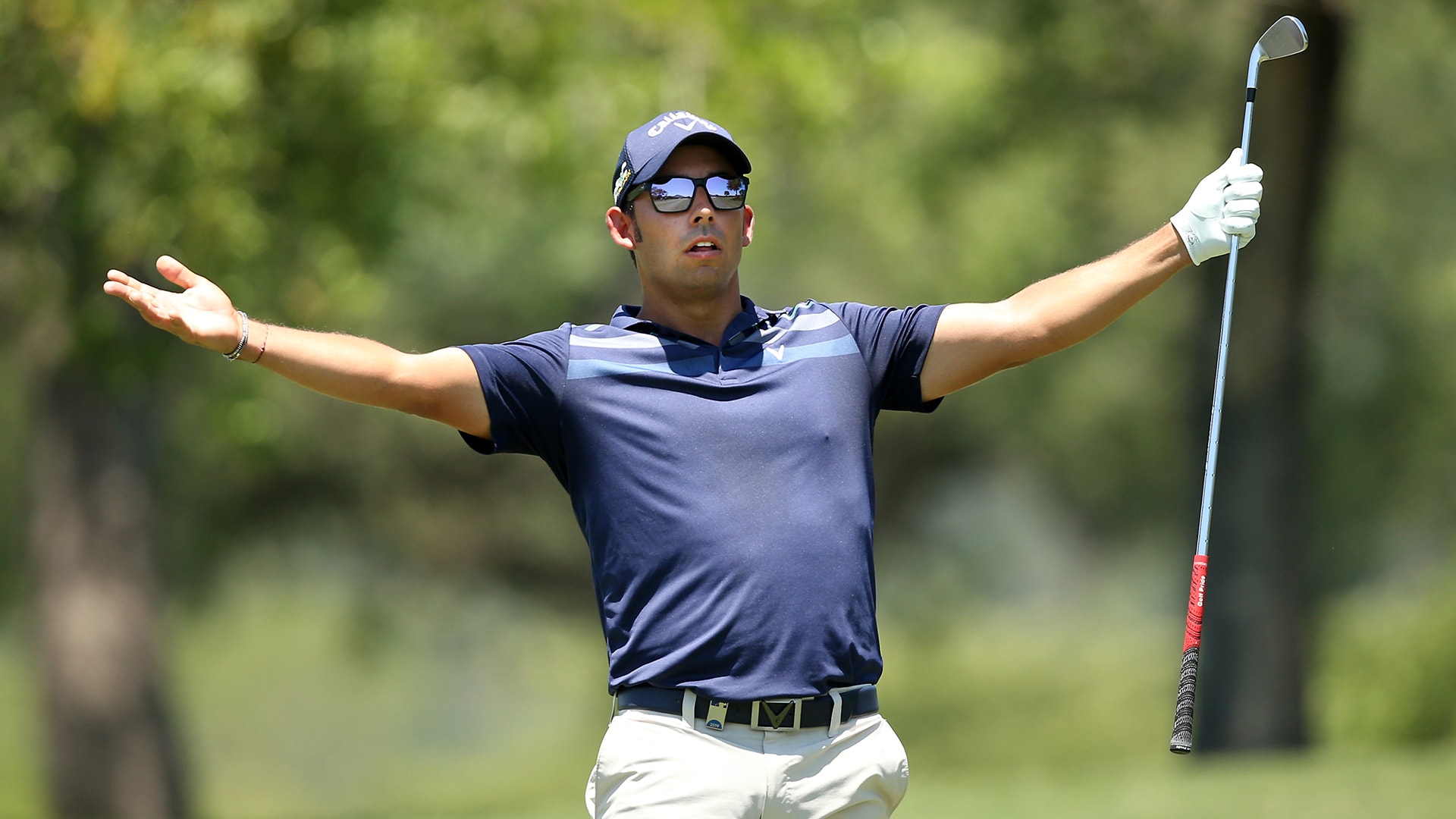 The Spaniard carded a 69 to go 9 under overall and ahead of first-round leader Wil Besseling (73) and home favorite Branden Grace (70).

Larrazábal was one of just five players to break 70 on a hot, windy day at Leopard Creek Country Club.

Larrazábal had a run of four straight birdies from Nos. 10-13 to respond to a double bogey on the par-3 No. 7 when he sent his tee shot right of the green and into the water. The birdie on No. 12 came when Larrazábal holed a 100-foot putt from one end of the green to the other.

This is the first European Tour event to allow players to wear shorts during the tournament because of the heat but Larrazábal declined to take advantage of that in the first two rounds, saying he felt more like he meant business in trousers. 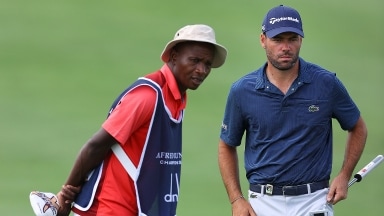 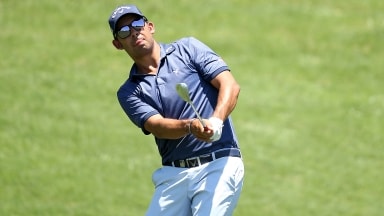 Pablo Larrazabal shot 2-under 70 on Saturday in the third round of the Alfred Dunhill Championship, the European Tour's season opener, and holds a three-shot lead into the final round.