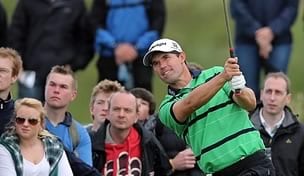 LOS ANGELES – Padraig Harrington has watched so many promising young players come and go in professional golf over the years.

At 41, he says he is still fascinated watching how they develop.

Harrington, a three-time major championship winner, is studying them again this week at the Northern Trust Open.

No matter the talent, Harrington said he sees a player’s success mostly determined by what he ultimately believes about himself.

“There are a lot of different pieces in the dynamic that make up a Tour player,” Harrington said. “A huge amount comes down to exactly what the player believes his position is, determining massively how he plays golf over the years. Everybody has a little ego inside them, and it's either knocking them back or lifting them up, whatever it is. But they have something inside them that says that they believe that they are this type of player.  It's amazing. It's very hard to get away from it.”