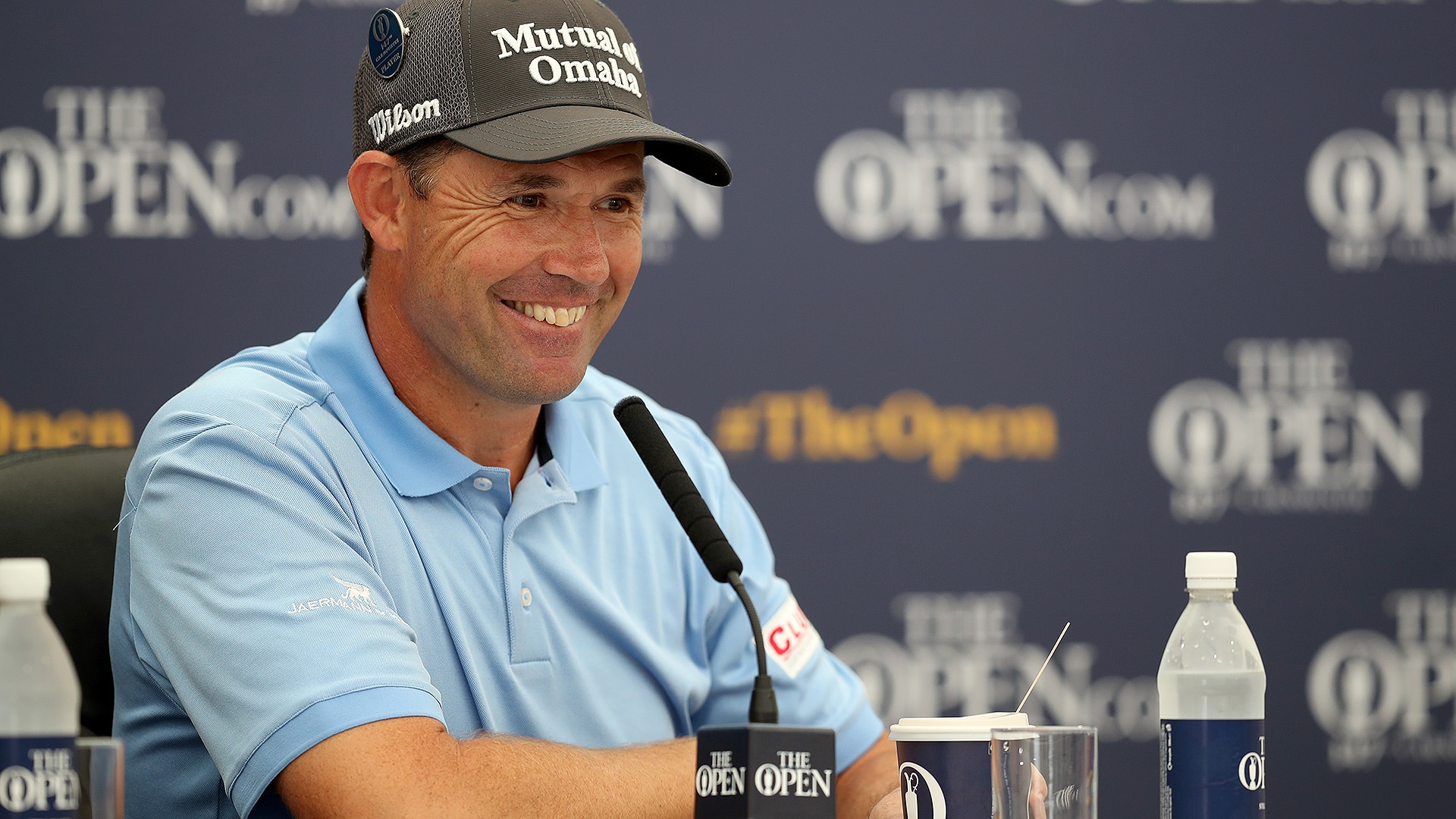 CARNOUSTIE, Scotland – One course came to mind when Padraig Harrington arrived on property and saw a firm, fast and yellow Carnoustie.

That's when Tiger Woods avoided every bunker, bludgeoned the links with mid-irons and captured the last of his three Open titles.

So Harrington was asked: Given the similarity in firmness between Carnoustie and Hoylake, can Tiger stir the ghosts this week?

With three days until the start of this championship, that’s the biggest question mark for Harrington, the 2007 winner here. He doesn’t know what his strategy will be – but his game plan will need to be “fluid.” Do you attack the course with driver and try to fly the fairway bunkers? Or do you attempt to lay back with an iron, even though it’s difficult to control the amount of run-out on the baked-out fairways and bring the bunkers into play?

“The fairways at Hoylake are quite flat, even though they were very fast,” Harrington said. “There’s a lot of undulations in the fairways here, so if you are trying to lay up, you can get hit the back of a slope and kick forward an extra 20 or 30 yards more than you think. So it’s not as easy to eliminate all the risk by laying up.”