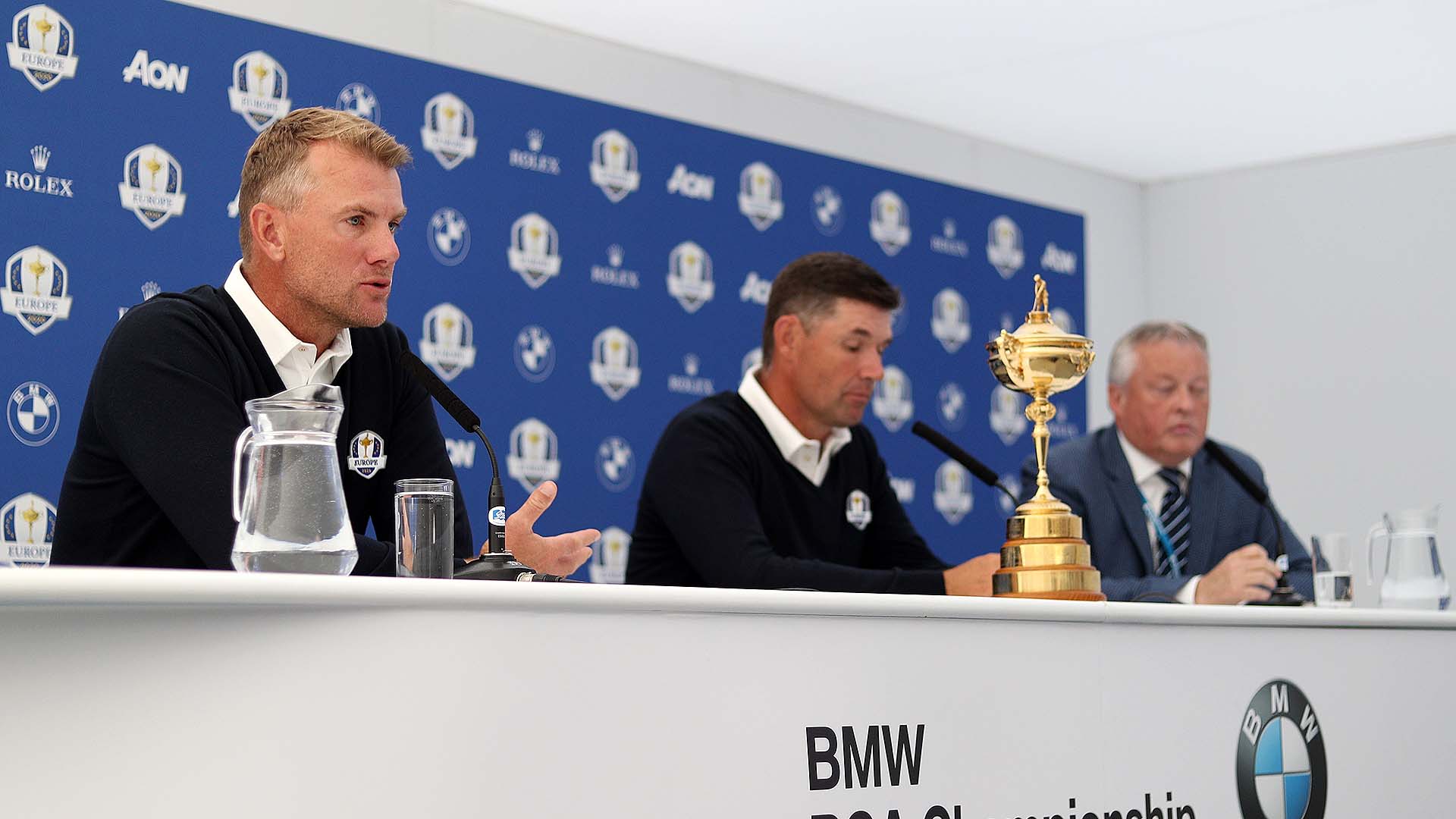 VIRGINIA WATER, England – Most agree that Padraig Harrington will be an unpredictable Ryder Cup captain next year for Europe, but on Wednesday he adhered to the status quo.

Karlsson played in the Ryder Cup twice in 2006 and ’08 and was partnered with Harrington at Valhalla in foursomes.

Harrington said he plans to name five vice captains, which is the maximum allowed under the captain’s agreement, and said he has a pretty good idea who he will pick.

“It wouldn't take a genius to start picking out who would be the vice captains,” he said.