Pair of crucial halves give U.S. momentum despite one-point deficit 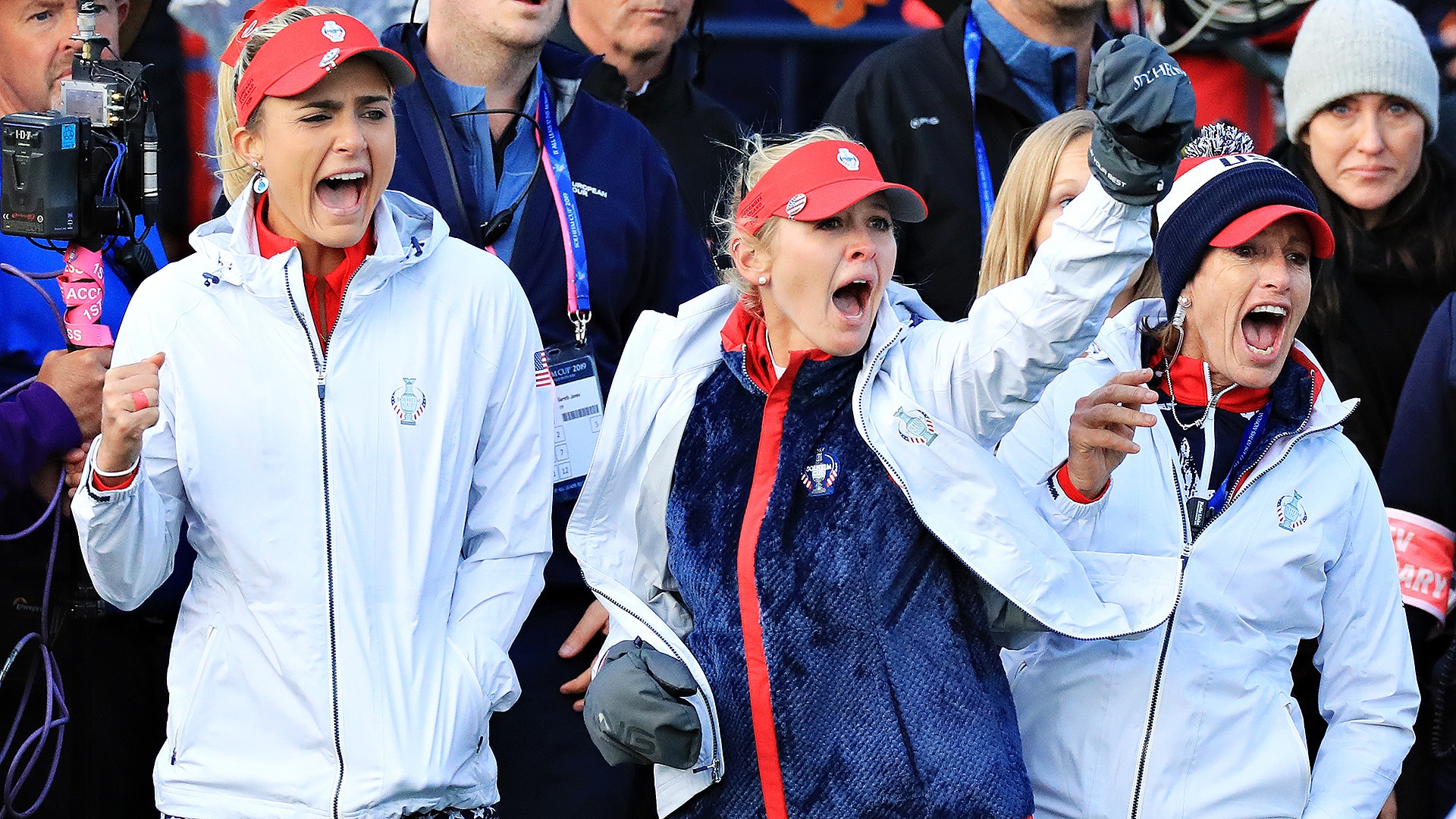 “No one really ever talks about the half-point,” Inkster said after her side fought back for halves in each of the final two fourball matches. “And I have to say those two half-points at the end were huge.”

For a moment, the Americans were looking at a deflating finish – world No. 3 Lexi Thompson going 0-2 on Day 1, the plan to split up a winning Korda duo backfiring and a three-shot deficit entering the weekend at Gleneagles. Instead, Thompson is on the board, Jessica and Nelly Korda still have yet to lose and Team USA trails by just a single point.

“You have to dig deep for your partner, your country and your whole team,” said Thompson, who was the hero in her match with Jessica Korda, sinking an 15-footer for birdie at the par-4 finishing hole to avoid surrendering a full point to Bronte Law and Carlota Ciganda.

“There’s nothing like having a [deciding] putt on the last hole.”

Rookie Brittany Altomare now knows the feeling. Her 25-foot make for birdie at the last gave her and fellow first-timer Nelly Korda a half-point after being 3 down with three to play against Charley Hull and Azahara Munoz.

“We needed to make every putt,” said Altomare, who birdied four of her last six holes to pair with a near-ace by Korda at the par-3 17th. “We had nothing to lose.”

It seemed as if Inkster had much to lose by splitting up the Korda sisters after their dominant 6-and-4 foursomes victory and pairing each of them with partners, Thompson and Altomare, who looked less than stellar for much of a 2-and-1 foursomes loss to Georgia Hall and Celine Boutier.

But with fourballs requiring players to play their own ball, Inkster liked both of her new-look pairings. Inkster quipped that if the Kordas played three matches together, “they’d kill each other.” But in reality, Nelly Korda and Altomare had paired together during practice while Jessica Korda was likely just what Thompson needed to get going.

Thompson, who entered the week without usual partner Cristie Kerr (they had gone 4-0-2 together in the past two Solheim Cups), struggled mightily with the flatstick for much of both sessions. Until her clutch final roll, her biggest putt of significance was a 3-footer for par on the par-4 13th on Friday afternoon that gave her and Korda a 1-up lead. That advantage stretched to 2 up a hole later before Law and Ciganda made a fierce charge, highlighted by Ciganda’s go-ahead birdie at No. 17, to take the lead with one hole to play.

But the Americans would not be denied at least something. Before striking her putt on the 18th green, Thompson closed her eyes and said a little prayer.

It was answered. And the Americans, well, as the sun set on a blustery and downright cold day, they answered the bell not once but twice.

“You can't teach that,” Inkster said. “It's just in your belly.”