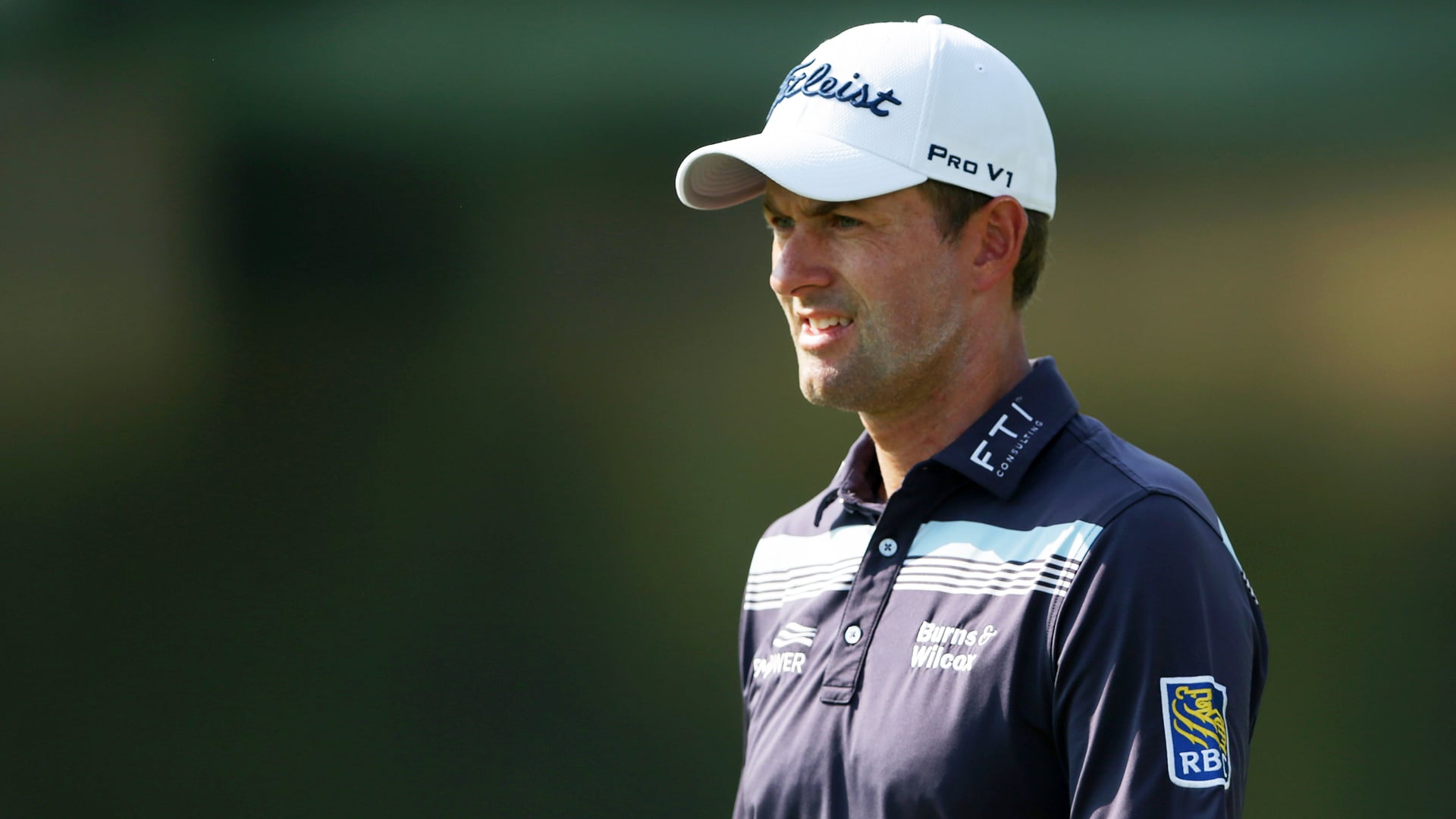 GREENSBORO, N.C. – Despite the various incentives on the line at this week’s Wyndham Championship, Webb Simpson is looking four months down the road.

Yes, this particular tournament has significance to Simpson, a North Carolina native who earned his first career victory at Sedgefield Country Club in 2011 and subsequently named his daughter Wyndham. And there’s still a chance that the former U.S. Open champ can crack the top 10 in the final leg of the Wyndham Rewards race, earning at least a $500,000 bonus in the process.

But after opening with a 6-under 64 to move within two shots of the early lead, Simpson admitted that a significant portion of his attention is geared toward making this year’s U.S. Presidents Cup squad, captained by Tiger Woods.

“You’re not out there thinking about it over shots, but I mean, it’s on your mind all the time,” Simpson said. “Jim Furyk told me in 2011, he said, ‘When you get done with your career, you’ll remember these team events more than any of your wins.’ And it’s true. The five that I’ve made are some of the best memories I’ve ever had, so I want to be there.”

While the biennial matches won’t be played at Royal Melbourne in Australia until mid-December, the cutoff for the eight automatic qualifiers on each side looms after the BMW Championship in two weeks. Simpson is currently 10th among the Americans, the product of a consistent season that included a runner-up finish last week at the WGC-FedEx St. Jude Invitational, but he’ll need to jump the likes of Patrick Cantlay (No. 7), Gary Woodland (No. 8) or Tony Finau  (No. 9) to earn an automatic spot.

Simpson could still make the team as a captain’s pick, with Woods rounding out the roster with four additional names following the WGC-HSBC Champions in early November. But he’s placed a priority on making the squad regardless of the avenue, especially given who will be leading the U.S. team.

“This will be a special one to make, because it was my first team event in 2011. And Tiger Woods is the captain,” Simpson said. “You know, if you would have told me at 8 years old that I would have a chance to play for Tiger Woods one day, it would have been an amazing thought.”