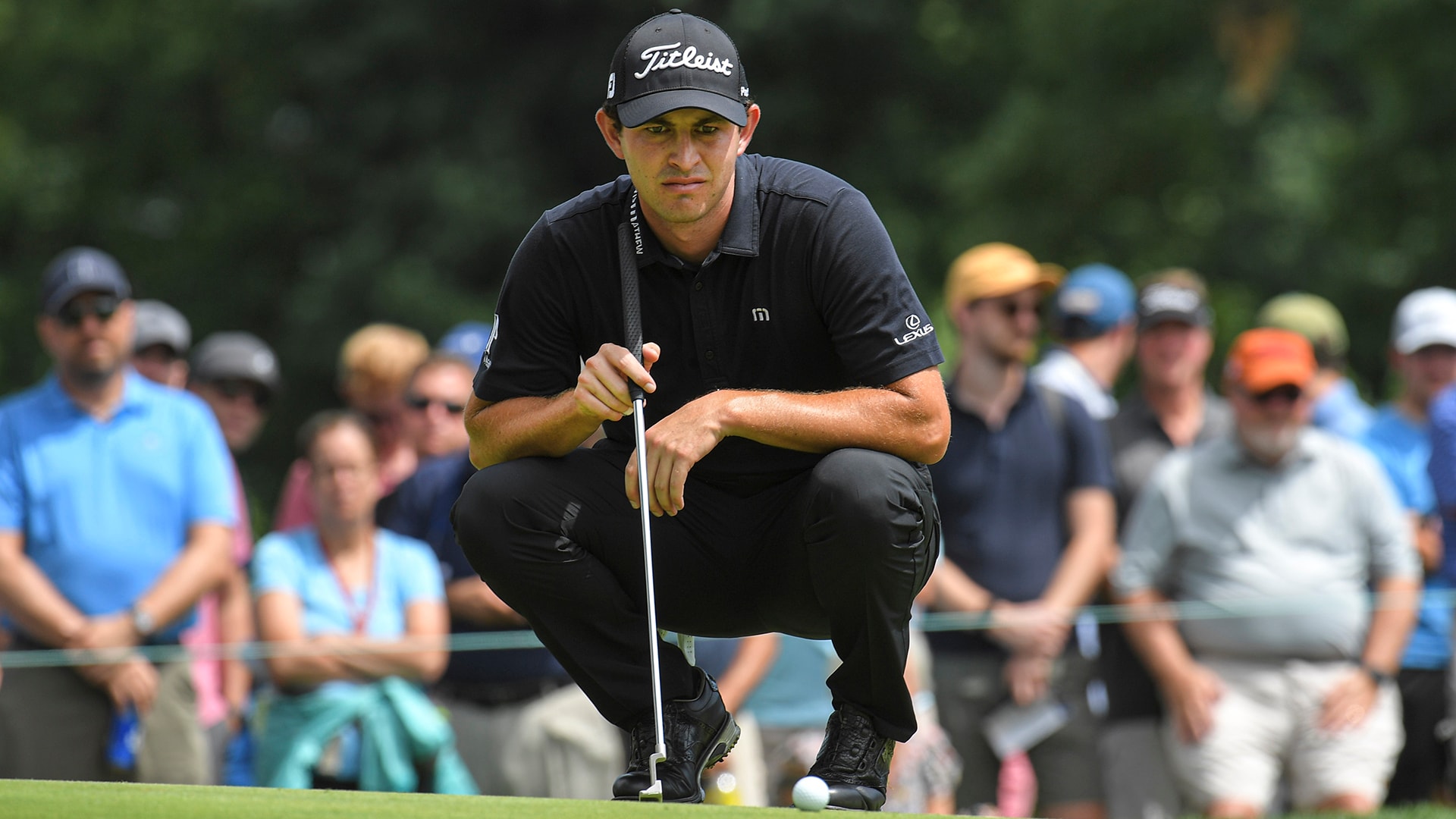 MEDINAH, Ill. – Patick Cantlay couldn’t catch Justin Thomas on Sunday, but he did secure his spot on the U.S. Presidents Cup team and guarantee himself an 8-under-par start at next week’s Tour Championship.

Playing with Thomas in the BMW Championship’s final grouping, Cantlay managed to cut Thomas’ six-shot overnight lead down to just two through 10 holes.

But he could pull no closer, ultimately signing for a round of 7-under 65 and settling for second, three back. He cited missed birdie putts at 12 and 14 and a missed eagle try at 15 as the shots that could have really put the pressure on Thomas.

“When you are as far behind as I was, you kind of need everything to go right,” he said.

Sunday didn’t yield his third PGA Tour victory, but it did put him in position to potentially take the FedExCup next week at East Lake. Second in the points standings, Cantlay will start the Tour Championship behind only Thomas. It’ll be Thomas at 10 under, Cantlay at 8 under and 28 other guys trailing along, all fighting for the top prize of $15 million.

Unsure just what to make of the weighted scoreboard, Cantlay said he’ll do what he always does – come up with a plan for the golf course, stick to that, and “let the chips fall where they do.”

As for his automatic berth to the Presidents Cup – his first U.S. team since the 2011 Walker Cup – that got Cantlay excited.

“I really love it,” Cantlay said, referring to team golf. “I’ve heard great things about Royal Melbourne and I’m excited to have a good week with the guys.

“Something I’ve learned is the more time you can spend with the best players in the world, the better your game can get if you draw on the right things. I’m definitely going to have my eyes open that week.”