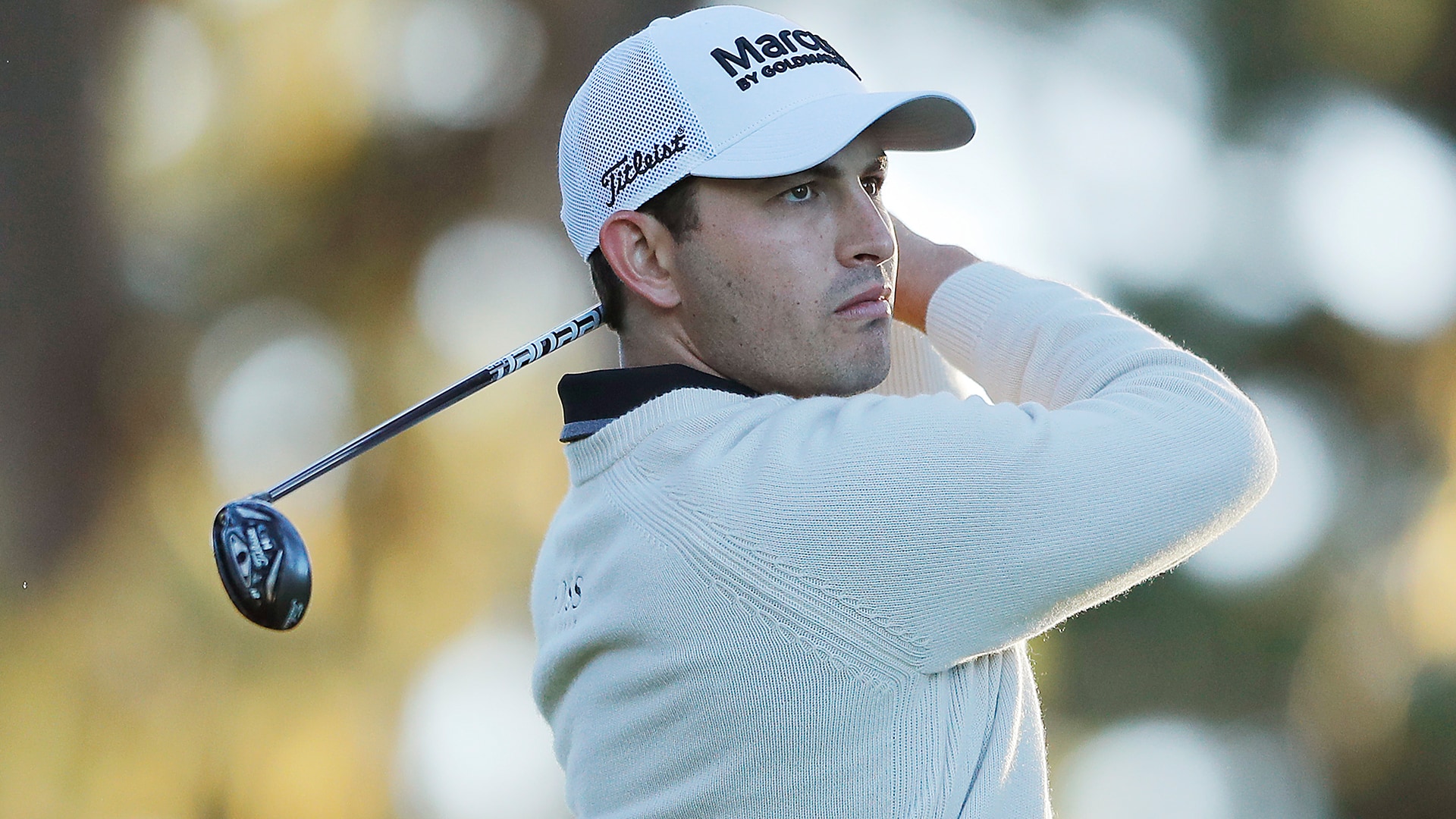 PEBBLE BEACH, Calif. – Nick Taylor opened with an eagle, closed with two birdies and made a gorgeous day feel even better with an 8-under 63 at Monterey Peninsula that gave him the lead Thursday in the AT&T Pebble Beach Pro-Am.

Most of the interest over three courses in the rotation was at Spyglass Hill, which featured Dustin Johnson and Phil Mickelson, along with five NFL quarterbacks that included Peyton Manning and his recently retired brother, Eli.

The iconic scenery is at Pebble Beach, especially when the surf turns a turquoise hue under so much sunshine.

Taylor went about his business quietly, and most effectively.

Starting on the back nine at Monterey Peninsula, with a chilly breeze at his back, he hit 4-iron to a back pin that settled 4 feet away for an eagle, ht 3-iron out of the rough for a two-putt birdie on the par-5 16th and knew he was playing well when he hit 4-iron to 10 feet on the first hole, a 495-yard par 4 that feels even longer when the air is cold at sea level.

Better still was the finish - a 5-iron back toward the ocean to 5 feet, and then a wind-aided 3-iron from 240 yards on a back tee he had never seen to 20 feet.

"A nice start," Taylor said, referring to his 4-iron that set up eagle and the 63 that matched his low round on the tour. "The weather helps out. If it's raining, it's windy, five-and-a-half hours is a long round. But we were very relaxed today, joked all day, and I felt like the mood was great."

He led by two shots to par over Patrick Cantlay (Spyglass) and Chase Seiffert (Pebble Beach), who each had a 6-under 66.

Defending champion Phil Mickelson, whose third-place finish in Saudi Arabia last week was his best result in a year, was slightly disappointed with his 68 at Spyglass because of how well he felt he hit it off the tee.

"I drove it like a stallion," said Mickelson, a phrase he once used in describing his play at the $9 million pay-per-view match he won against Tiger Woods in Las Vegas.

Cantlay made nine birdies at Spyglass and wasn't even the best putter in his group. Some of his best views of this stunning day along the rugged coastline was watching champion surfer Kelly Slater on the greens, not in the pipe.

"He looked like the best putter on tour today," Cantlay said of his amateur partner.

Cantlay, who tried surfing one time as a teenager and wisely gave it up, showed why golf has worked out OK for him. Despite two soft bogeys early in his round and a bogey on the par-5 14th from mud on his ball, he was among the leaders and feeling comfortable with all aspects of his game.

The two bogeys early came from a chip just behind the green at No. 2 that rolled out some 6 feet by the pin, and a birdie chance that turned into bogey with a three-putt from 18 feet on the skinny green at the picturesque fourth.

The rest of it was solid, and the number of birdies was encouraging.

Cantlay loves the Monterey Peninsula so much he could retire here, and he had even more reason to love it Thursday. His group was first off in the morning, giving them an entire front nine of fresh greens.

"Course was probably the best shape I've ever seen it and we're getting perfect weather," he said. "So yeah, it's great."

Dustin Johnson had a 69 at Spyglass, while Jordan Spieth checked in at 70. They typically play in the same group that does not lack in entertainment with their amateurs, hockey great Wayne Gretzky and country singer Jake Owen.

Gretzky hit into a bunker off the tee at No. 6, found the first of two bunkers in front of the green and went into the other bunker from there. Spieth delivered the good news: ''There's no bunkers left,'' he said.

Such is the nature of this week, a blend of incomparable scenery and amateurs that include entertainers and athletes, and corporate titans who learn that a net worth topping $1 billion won't calm nerves over a putt.

Among those at 5-under were Charley Hoffman, who holed out from the fairway for eagle on No. 4 at Spyglass for the loudest cheer of the day, and Harry Higgs, the PGA Tour rookie who drew Commissioner Jay Monahan as his partner.

Mickelson ultimately was happy to be in range after his 68, though it wasn't looking all that great when he failed to birdie any of the par 5s at Spyglass and had gone 10 holes without a birdie until birdies on his last three holes.

"I let a lot of opportunities slide," he said. "But I shot a 4-under par round and it's not going to hurt me." 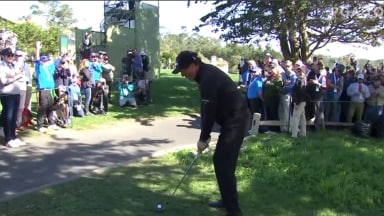 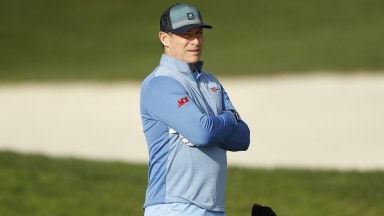