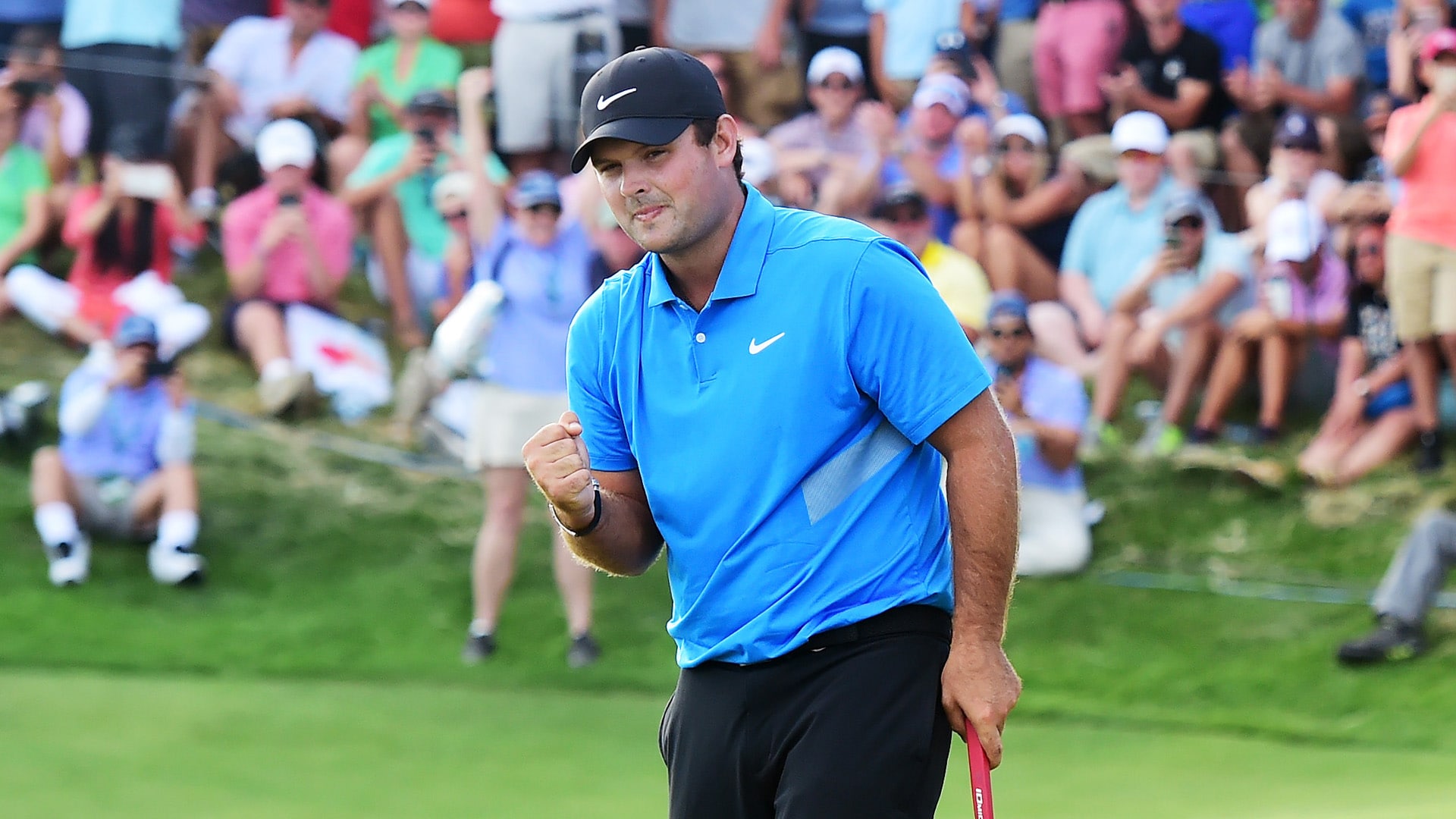 For the second time in the last four years, Patrick Reed has captured the first FedExCup playoff event. Here's how things ended at Liberty National, where Reed won The Northern Trust by a shot for his first win since the 2018 Masters:

What it means: Reed started the day with a one-shot lead, and despite a wobbly start that included three bogeys over his first six holes he managed to get things back on track thanks to a bogey-free back nine. It's the highlight of a clear trend for Reed, who won this event in 2016 when it was at Bethpage and who entered with five straight top-25 finishes dating back to June. Reed struggled in the wake of his Masters win, going nearly eight months without a top-10 finish and making a much-publicized instructor switch this spring. But he's now back in the winner's circle for the first time since last April, and he'll start the BMW Championship behind only Brooks Koepka in the points race.

Round of the day: Six years after winning a playoff event here, Scott made the day's big move with a 6-under 65 that took him into fifth place. The Aussie carded seven birdies against just a lone bogey for his lowest score of the week by three shots, and after moving to 14th in the points race he's assured of a trip back to the Tour Championship for the first time since 2016.

Best of the rest: Kevin Tway won the first event of the season back in November in Napa, and he matched Scott's 65 to tie the low round of the day. Tway managed to stay bogey-free around Liberty National while moving up nearly 40 spots in the standings, but after a slow start to the week his sterling close still only left him in a tie for 24th and with more work to do in Chicago in order to make the Tour Championship.

Biggest disappointment: While one former Masters champ thrived, another stumbled. Danny Willett appeared in position to crack the top 70 in points and earn a trip to Medinah in the process, but it all came apart for the Englishman during a final-round 75. Willett played his first five holes in 4 over, made only one birdie and despite a top-25 finish he ended the week 85th in points and well shy of a BMW berth.

Quote of the day: "To feel like I've been playing some solid golf and finally have it kind of pay off, and for it to come out as a victory, it's been a while. It's been a little too long, honestly." - Reed