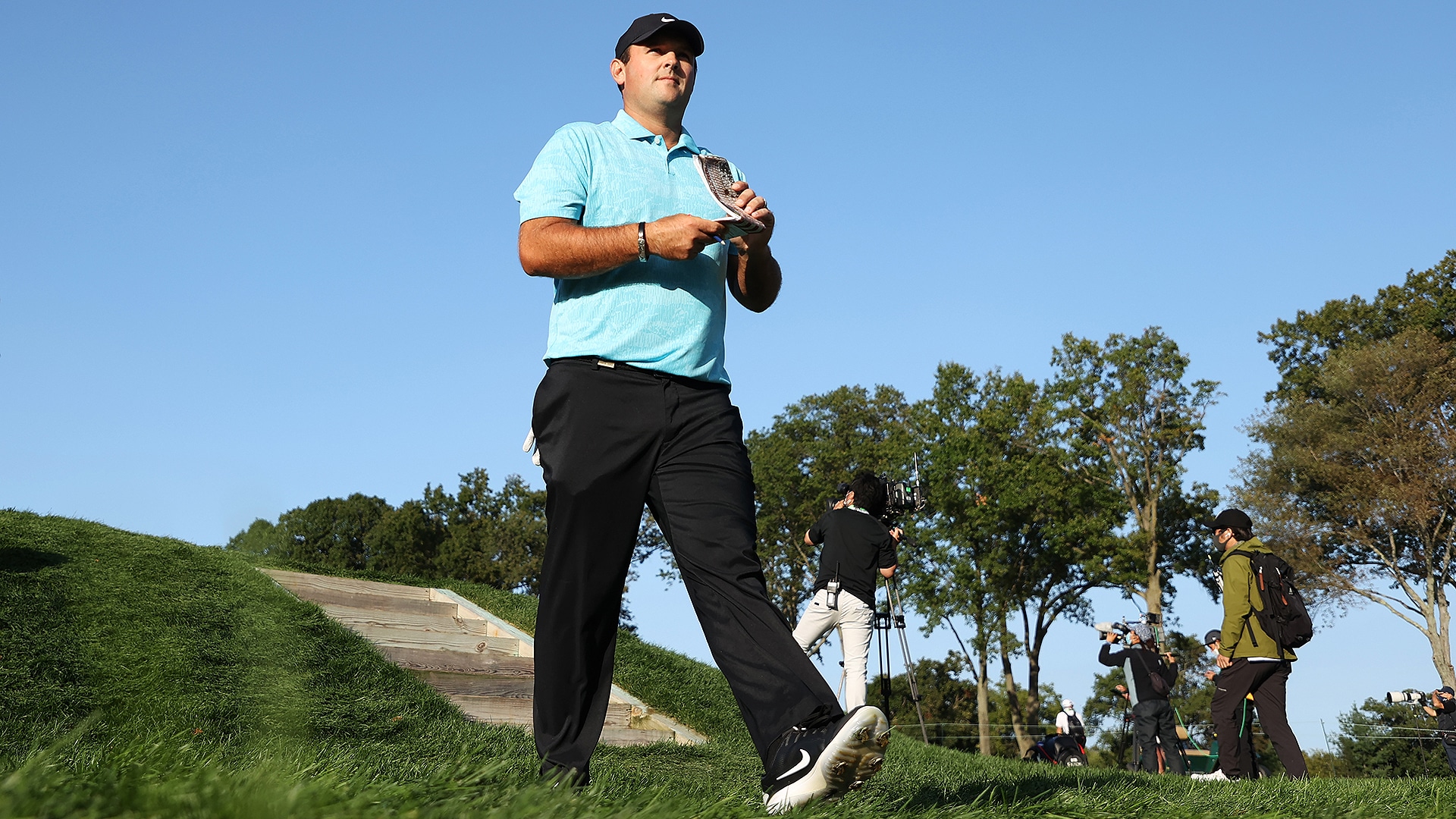 MAMARONECK, N.Y. – This was the Winged Foot everyone has heard about. This is the U.S. Open everyone expected.

Patrick Reed answered the first big test Friday when the wind arrived out of the north, bringing a little chill and a lot of trouble. He never got flustered by bogeys and made enough birdie putts and key saves for an even-par 70.

It felt just as rewarding as the 66 he shot in the opening round, and it gave him a one-shot lead over muscleman Bryson DeChambeau, who powered and putted his way to a 68.

The opening round featured soft greens, a few accessible pins and 21 rounds under par. Friday was the epitome of a major long known as the toughest test in golf.

Three players broke par. Nine others shot even par. Everyone else was hanging on for dear life. As the final groups tried to beat darkness in this September U.S. Open, only six players remained in red numbers.

''It's almost like they set it up to ease our way into it, and then showed us what it's supposed to really be like,'' Reed said.

Television showed his five birdies. What took him to the 36-hole lead at 4-under 136 was a collection of pars from bunkers and from thick grass just over the greens. He managed them all with grit, a common trait among U.S. Open champions.

DeChambeau showed plenty of resiliency, too, bouncing back with birdies after all five of his bogeys and finishing the best round of the day with a pitching wedge on the downwind, 557-yard, par-5 ninth to 6 feet for eagle.

Rafa Cabrera-Bello of Spain and Harris English each had a 70 and were at 2-under 138.

They were joined by Justin Thomas, who opened with a 65 - the lowest ever at Winged Foot for a U.S. Open - and lost all those shots to par after 10 holes. Thomas then delivered a 5-wood from 228 yards into the wind on the par-3 third hole and made a slick, 15-foot, double-breaking birdie putt to steady himself. He scratched out a 73 and is right in it.

''This isn't exactly a place where you go out and try to shoot 6 or 7 under to catch up,'' Thomas said. ''I'm not going to worry about what everyone else is doing because you could shoot 80 just as easily as you could shoot 68. I just need to stay focused, and most importantly, go home and get some rest. Because I'm pretty tired.''

There's still 36 holes to go, and no indication that Winged Foot is going to get any easier.

Tiger Woods is among those who won't be around to experience it. He had a pair of double bogeys at the end of the back nine, and two birdies over his last three holes gave him a 77. He missed the cut by four shots, the eighth time in his last 15 majors he won't be around for the weekend.

''It feels like the way the golf course is changing, is turning, that anybody who makes the cut has the opportunity to win this championship,'' Woods said. ''I didn't get myself that opportunity.''

Neither did Phil Mickelson, who had his highest 36-hole score in 29 appearances in the one major he hasn't won. Ditto for Jordan Spieth, whose 81 was his highest score in a major. PGA champion Collin Morikawa missed an 8-foot birdie putt on the final hole that cost him a chance to keep playing.

Reed turned in a workman-like performance, making birdies when he had the chance, saving par when needed. This is the kind of golf he loves. It's a grind. And it's about feel. He was most pleased with his birdie on No. 1 after he made the turn, going with a chip 8-iron from 147 yards into the wind and riding the slope at the back of the green to tap-in range.

''I love when it's hard, when you have to be creative on all different golf shots,'' he said.

There were plenty of great rounds on such a demanding course, many of which fell apart at the end. Louis Oosthuizen was 3 under in the morning when he finished bogey-bogey-double bogey for a 74. Xander Schauffele was 3 under until he bogeyed three of his last five holes.

''The wind can make a par-3 course difficult, so put that on a U.S. Open setup, it's going to be even more so,'' Schauffele said. ''It'll be a fun afternoon to watch on TV.''

Rory McIlroy's problems started early. He was 5 over through seven holes, including a birdie at the start, and shot 76 to fall seven shots behind. Dustin Johnson was bogey-free through 16 holes until a pair of bad tee shots led to bogey. He had a 70 and was in the group at 3-over 143.

All of them still feel as though the U.S. Open is in sight.

''I'm confident now, after seeing what was out there this afternoon, over par will win this tournament,'' Adam Scott said a 74 left him nine shots back. ''The greens finally dried out. If there's any breeze, over par is winning.''

It usually does at Winged Foot.