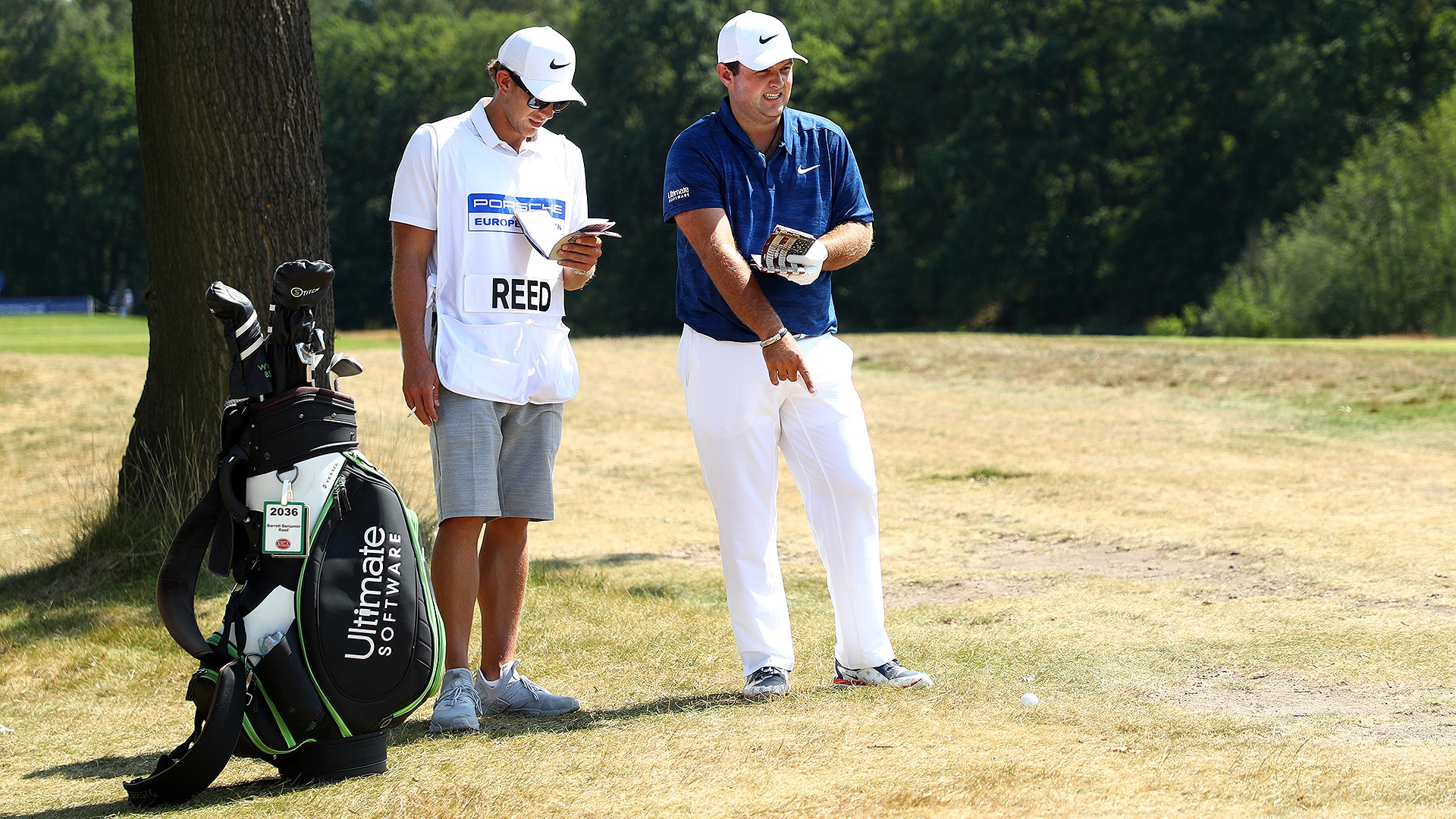 The Ryder Cup is still months away, but Thursday at the Porsche European Open had an old-timey cup feel to it.

Patrick Reed was getting ready to hit his third shot on the par-4 10th when his caddie motioned towards the remote camera crew. Reed then moved away from his ball and his caddie said, “You’re rattling change in your pocket. That’s what I’m pointing at you for.”

Reed asked for the camera crew to move away from him, saying, “He lost privileges by going like that with change.

“I’m not hitting until y’all get the heck out of here.”

Once the crew moved far enough to Reed’s liking, the Masters champ pitched to within a few feet of the hole and saved par. He bogeyed the next hole to fall back to even for the tournament.

He rallied to squeeze out a round of 2-under 70 despite some shaky ball-striking.

Asked after the round about the incident, Reed said: "That camera guys were just getting a little too close, and one of them had a lot of change in his pocket, so I should have asked him for a couple of it to get a cold drink at the turn. But, it happens. There's going to be distractions out there when you play. You have to be able to handle it and bounce through it.

"I was able to get up and down on 10, but unfortunately the 11th bit me. It was right back to the way I was kind of hitting the ball all day. ... I was just hitting the ball unsolidly and a little too crooked."

Rattling change in one’s pocket has long been seen as a way of purposefully distracting a player; though, the camera crew’s intentions were not known.

Ryder Cup great Seve Ballesteros was known to have an untimely and reoccurring cough during matches. Reed, of course, is one of America’s best Ryder Cup players and will be on the U.S. team for this year’s matches in France.