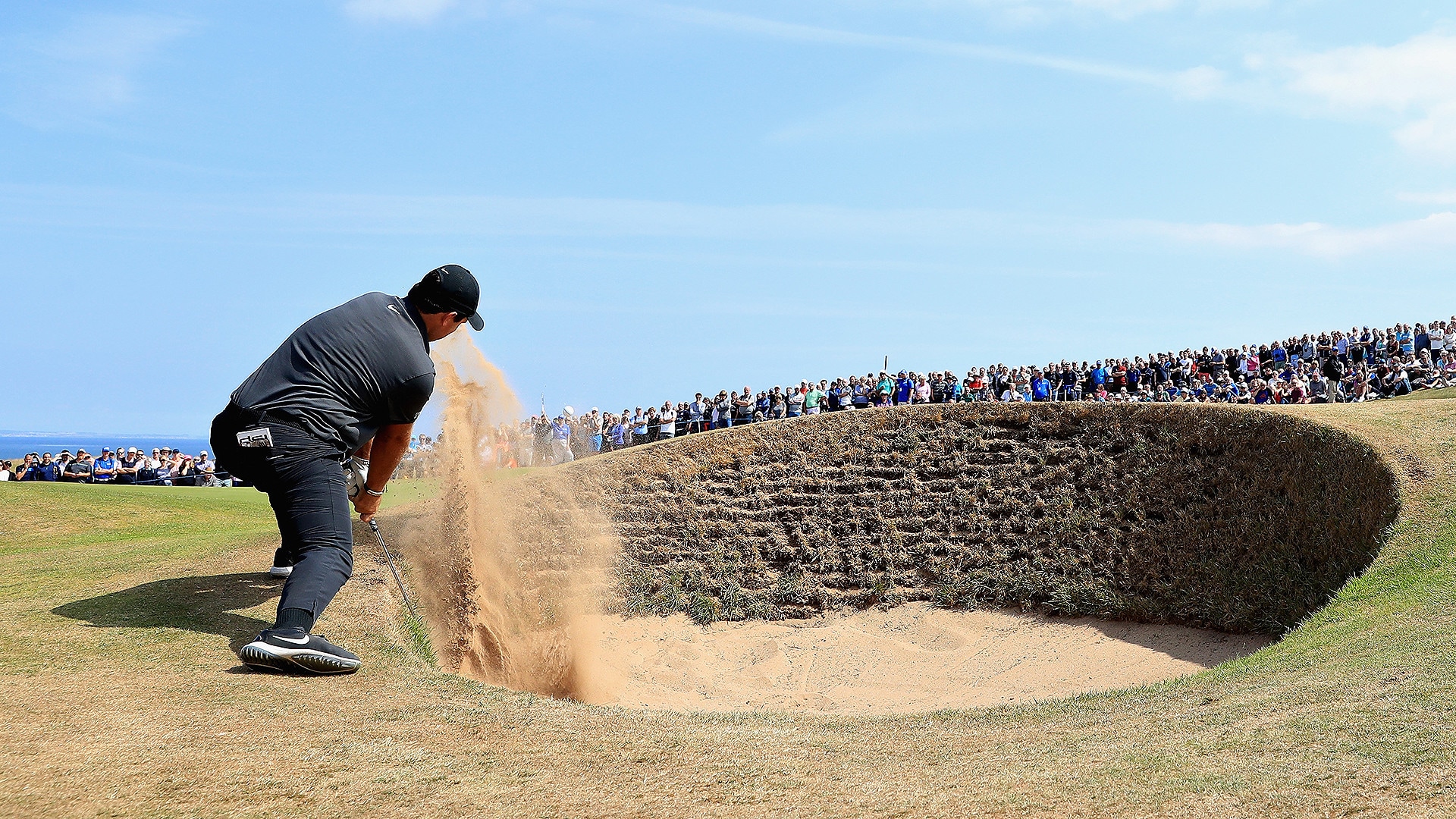 Patrick Reed was challenging for the lead in Round 2 of the Scottish Open. He shot 4-under 31 on the front nine at Gullane and was a 9 under for the tournament, one off the top spot.

Reed hit his tee shot into a right, greenside bunker on the 173-yard hole. Normally, that’s not a problem. Unless the hazard is a pot bunker, your ball is near a steep lip, and it’s settled in a fried-egg lie.

Reed took three attempts to get extricate his ball and did well to make a double-bogey 5 (check out the video above).

This came after Reed hit the flagstick with his approach shot at the par-4 11th and watched it ricochet 25 feet away.

Reed recovered with a birdie at the par-4 14th, but bogeyed Nos. 17 and 18 for a 1-under 69. At 6 under for the tournament, he was five behind leader Tyrrell Hatton.