Reed vs. Spieth: Someone has to go 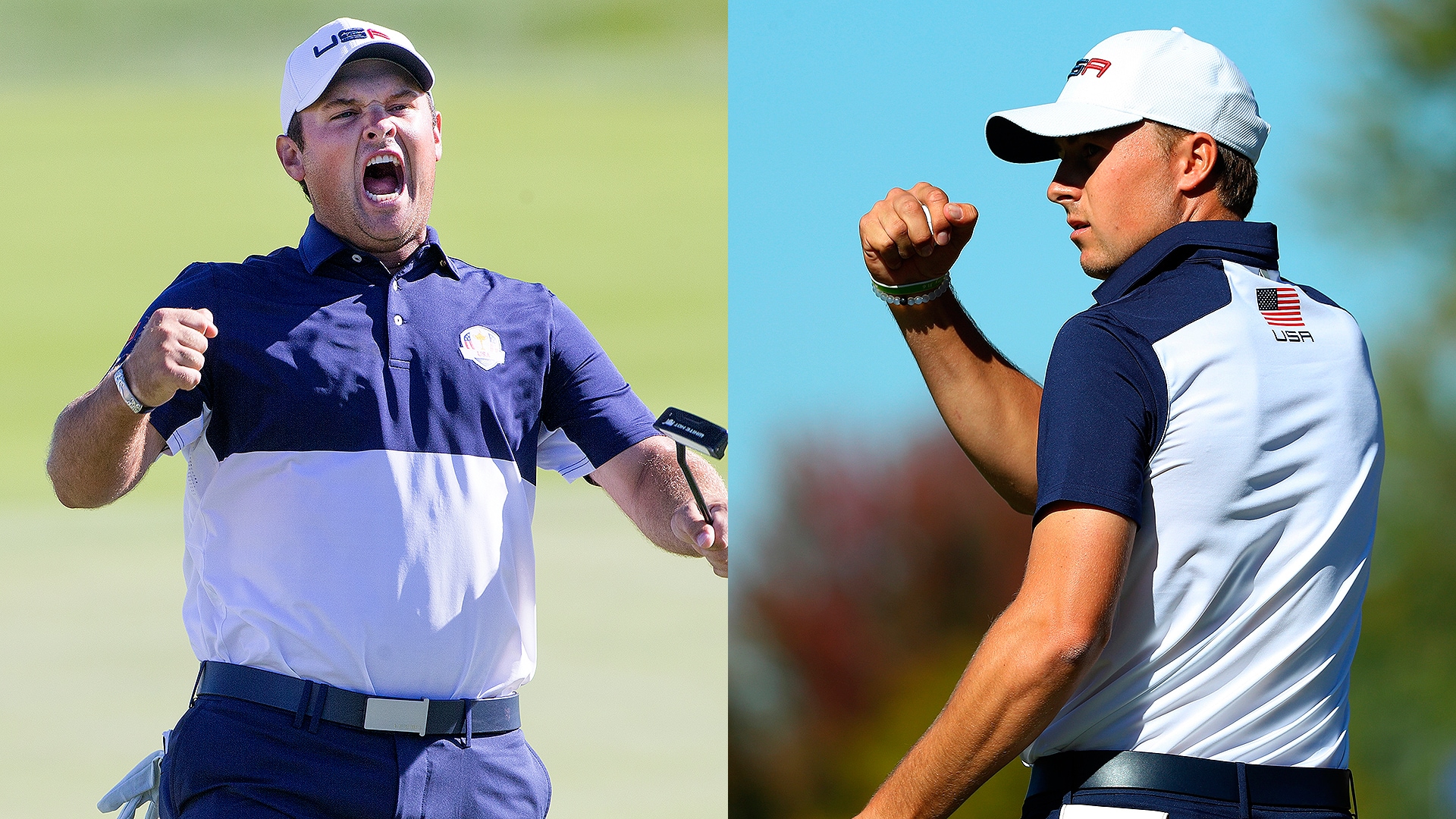 AUSTIN, Texas – The introduction of round-robin play to the WGC-Dell Technologies Match Play was a necessary evil. It was needed to stem the tide of early exits by high-profile players, but three days of pool play has also dulled the urgency inherent to match play.

There are exceptions, like Friday’s marquee match between Jordan Spieth and Patrick Reed, which is now a knockout duel with both players going 2-0-0 to begin the week in the WGC-Dell Technologies Match Play.

That the stars aligned so perfectly to have America’s most dominant pairing in team play the last few years square off in a winner-take-all match will only add to what promises to be must-see TV.

Sport doesn’t always follow the script, but the pre-match subtext on this one is too good to dismiss. In one corner, professional golf’s “Golden Child” who has used the Match Play to wrest himself out of the early season doldrums, and in the other there’s the game’s lovable bad boy.

Where Spieth is thoughtful and humble to the extreme, Reed can irritate and entertain with equal abandon. Perhaps that’s why they’ve paired so well together for the U.S. side at the Ryder and Presidents Cup, where they are a combined 7-2-2 as a team, although Spieth had another explanation.

“We're so competitive with each other within our own pairing at the Ryder Cup, we want to outdo each other. That's what makes us successful,” Spieth said. “Tiger says it's a phenomenon, it's something that he's not used to seeing in those team events. Normally you're working together, but we want to beat each other every time.”

But if that makes the duo a good team each year for the United States, what makes Friday’s showdown so compelling is a little more nuanced.

The duo has a shared history that stretches all the way back to their junior golf days in Texas and into college, when Reed actually committed to play for Texas as a freshman in high school only to change his mind a year later and commit to Georgia.

That rivalry has spilled over to the professional ranks, with the twosome splitting a pair of playoff bouts with Reed winning the 2013 Wyndham Championship in overtime and Spieth winning in extra holes at the 2015 Valspar Championship.

Consider Friday a rubber match with plenty of intrigue.

Although the friendship between the two is genuine, there is an edge to the relationship, as evidenced by Reed’s comment last week at the Arnold Palmer Invitational when he was denied relief on the 11th hole on Sunday.

“I guess my name needs to be Jordan Spieth, guys,” Reed said.

While the line was clearly a joke, Reed added to Friday’s festivities when he was asked what makes Spieth such a good match play opponent. “I don't know, my back still hurts from the last Ryder Cup,” smiled Reed, a not-so-subtle suggestion that he carried Spieth at Hazeltine.

For his part, Spieth has opted for a slightly higher road. He explained this week that there have been moments in the Ryder Cup when his European opponents attempted some gamesmanship, which only angered Reed and prompted him to play better.

“I've been very nice to [Reed] this week,” Spieth smiled.

But if the light-hearted banter between the duo has fueled the interest in what is often a relatively quiet day at the Match Play, it’s their status as two of the game’s most gritty competitors that will likely lead to the rarest of happenings in sport – an event that exceeds expectations.

Both have been solid this week, with Speith winning his first two matches without playing the 18th hole and Reed surviving a late rally from Charl Schwartzel on Thursday with an approach at the 18th hole that left him a tap-in birdie to remain unbeaten.

They may go about it different ways, but both possess the rare ability to play their best golf on command.

“I’m glad the world gets to see this because it will be special,” said Josh Gregory, Reed’s college coach who still works with the world No. 23. “You have two players who want the ball and they aren’t afraid of anything. Patrick lives for this moment.”

Where Reed seems to feed off raw emotion and the energy of a head-to-head duel, Spieth appears to take a more analytical approach to match play. Although he admits to not having his best game this week, he’s found a way to win matches, which is no surprise to John Fields, Spieth’s coach at Texas.

“Jordan gave us a tutorial before the NCAA Championship, we picked his brain on his thoughts on match play and how he competed. It’s one of those secret recipes that someone gives you,” Fields said. “When he was a junior golfer he came up with this recipe.”

Whatever the secret sauce, it will be tested on Friday when two of the game’s most fiery competitors will prove why match play can be the most entertaining format when the stars align like they have this week.

It was a sign of how compelling the match promises to be that when asked if he had any interest in the Spieth-Reed bout, Rory McIlroy smiled widely, “I have a lot of interest in that. Hopefully I get done early, I can watch it. Penalty drops everywhere.”