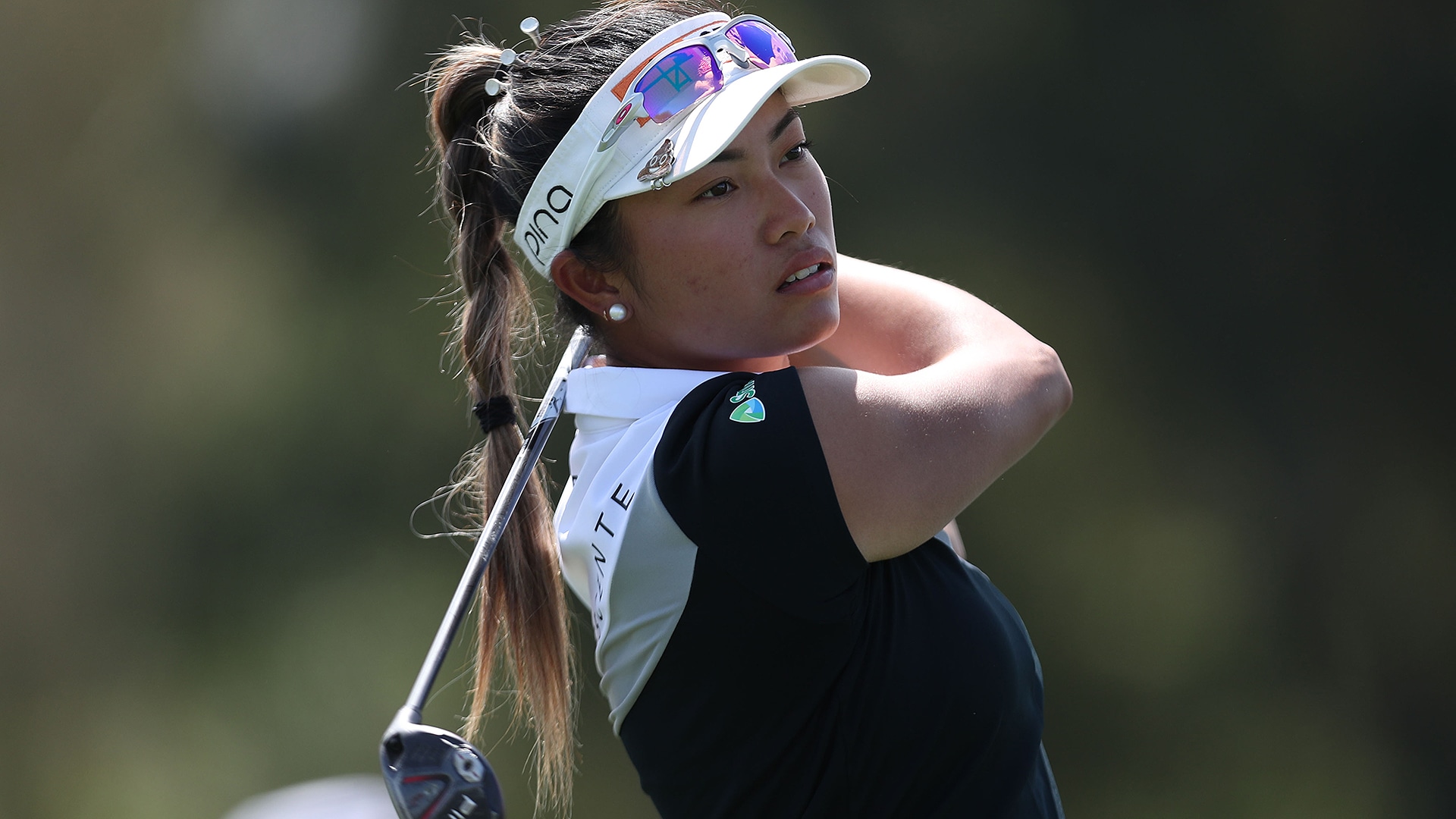 RANCHO MIRAGE, Calif. – Michelle Wie West was back on a major championship leaderboard Thursday at the ANA Inspiration. So was Shanshan Feng in her first tournament in 16 months.

Playing for the second straight week after a 21-month break, Wie West shot a 2-under 70, leaving her four strokes behind leader Patty Tavatanakit after the morning wave.

“Came into the day like, ‘OK, no stress today, easy golf,’” Wie West said. “And the first couple holes were not easy golf. I'm just happy to see my name on the first page of the leaderboard. That’s really special to me. Been a long time since I’ve seen that.”

Feng birdied three of her last five holes for a bogey-free 67 in the morning. The Chinese star hadn't played a competitive round since November 2019 because of the coronavirus pandemic and a recent visa delay.

“I was kind of nervous last night,” the 10-time LPGA Tour winner said. “But I said to myself, ‘Hey, it’s OK. Think about you’re just an old rookie. Everything is new for you here and just have no expectation. Try your hardest, 100% on every shot and enjoy the process.′ That was what I did, actually.”

She got a break on the par-3 17th – her eighth hole of the day – when she hit a chip too hard and it slammed against the flagstick and in for birdie.

“I did have some luck on the course today,” Feng said.

Wie West was in the second group off the 10th tee, opening to little fanfare with no spectators at Mission Hills for the 50th edition of the event.

“It’s definitely weird. It doesn’t have the same vibe,” Wie West said. “The first tee was the most shocking one where you don’t walk through a tunnel, don’t have the grandstands really close by.” 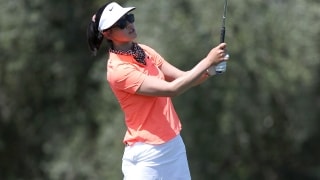 “I have to say today was a bit like when I was 13,” Wie West said. “I kind of hit it all over the place and grinded a bit out there. But that feels good. I think that’s kind of how I play.”

Wie West three-putted for bogey on 10, nearly aced the 13th for a birdie, and made three straight long birdie putts on Nos. 10-12. She missed a 2-foot par putt on No. 6 and parred the final three. Last week in Carlsbad, she missed the cut in the Kia Classic with rounds of 81 and 74.

“Especially after last week, it was really good to see those putts roll in,” Wie West said. “Put myself in some interesting spots today, but really proud of how I grinded it out out there.”

“Having a baby definitely puts a different perspective on everything,” she said. “I’m more excited to go home and see her than I was about my round, to be honest.”

Tavatanakit, the 21-year-old former UCLA player from Thailand, closed with a birdie on the par-5 18th for a bogey-free 66. She reached all the par 5s in two, birdieing three of them.

“It was a pretty calm and relaxing day today,” Tavatanakit said. “I just stuck to my game plan and didn’t get too greedy out there. I know it’s a major, it’s tough, the course is really tough. I was just being really patient and I was waiting for putts to drop, and they did on the back nine.”

Leona Maguire of Ireland matched Feng with a 67 in the afternoon with the temperature in the low 90s. Triple-digit heat was expected the next three days.

“A little bit of cloud cover today kept it from being super hot,” Nordqvist said. “The greens are really firm so there are a few pins you can’t really attack. You just hit it in a place where you can take a two-putt or get it up-and-down.”

Ariya Jutanugarn nearly holed her second shot on the par-5 18th, then lipped out a 4-foot eagle try.

Past champions Lexi Thompson, Inbee Park and Lydia Ko joined Wie West in the large group at 70. Park won the Kia Classic on Sunday in her first start of the year. 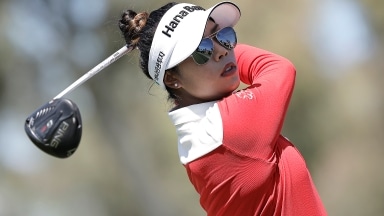