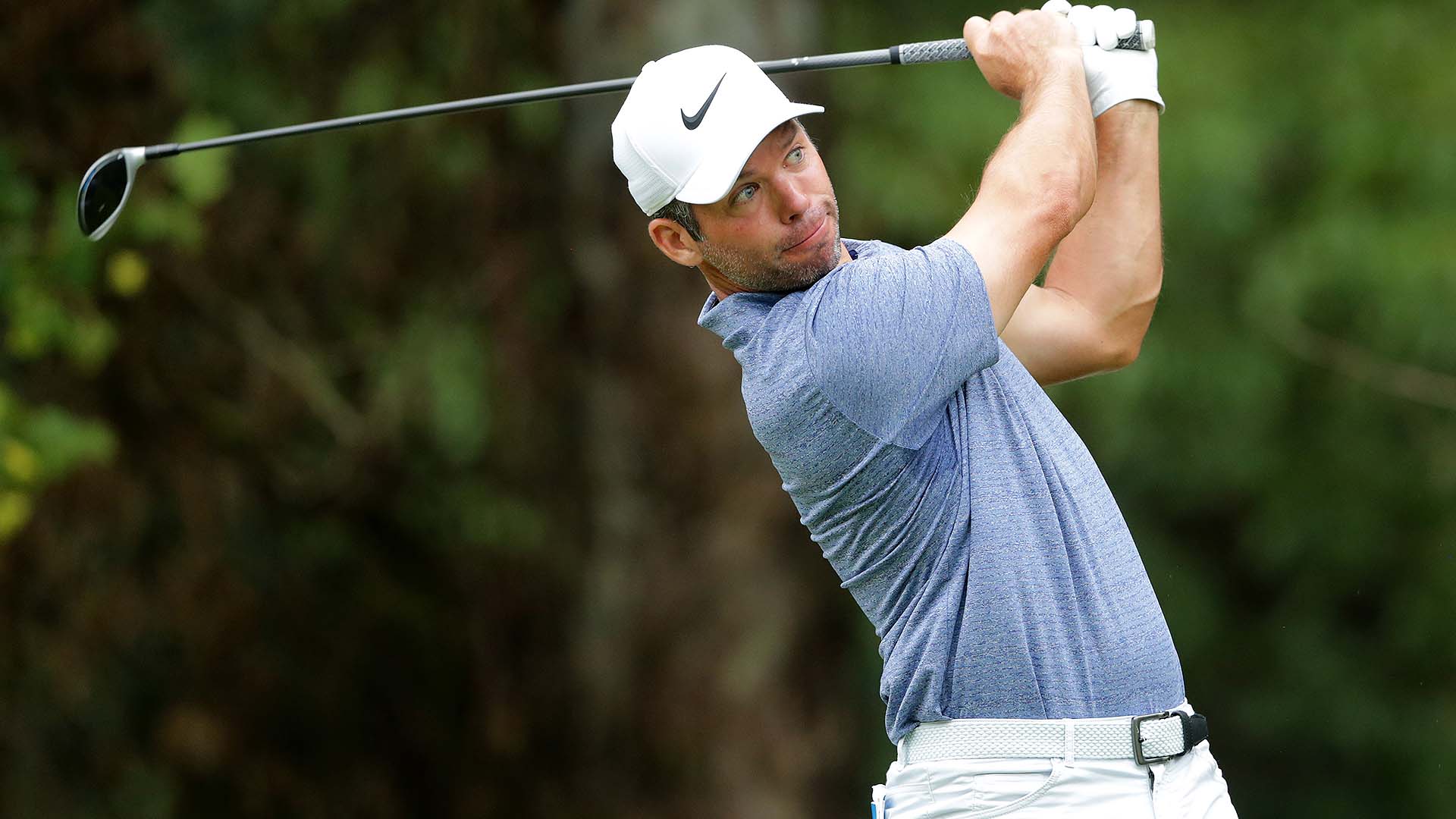 GREENSBORO, N.C. – In the first year of the Wyndham Rewards bonus program, only one player among the current top 10 made the trip to the regular season-ending Wyndham Championship where the posh payouts will be finalized. But Paul Casey doesn’t mind being the only top contender playing for some extra cash.

Casey entered this week ranked eighth in the points race, largely off a successful title defense at the Valspar Championship in March. That puts him in line for a $600,000 bonus, but he could jump all the way to fourth and a $1.1 million payout with a win this week in Greensboro. Even a fourth-place finish would push him past Dustin Johnson at No. 7, meaning a $700,000 bonus.

He’s kept those hopes alive through the first two rounds, with matching scores of 65 putting him firmly in the mix at 10 under.

“I would love that, that would be good. Wyndham Rewards would be amazing, and then a bunch of FedExCup points as well,” Casey said. “Still a long way behind Brooks (Koepka), but it would move me up a little bit, which is nice.”

Casey finished T-5 at the Travelers Championship in June, but he was a non-factor at both The Open and last week’s WGC event in Memphis. That’s changed this week, where the talented ball-striker has missed just three greens in regulation during each of his first two trips around Sedgefield Country Club.

Casey tied for third here in 2015 in his most recent tournament appearance, and while he expects the winning score to eclipse the 20-under mark he likes his position at the halfway point with both tournament prizes and bonus money still up for grabs.

“I’ve got a really good plan for this golf course, a really good strategy,” Casey said. “Hopefully get the speed of the putts a little bit better and make a few more birdies, and then try and figure out what everybody else is doing and attack on the last nine if I need to and try and win this thing.”