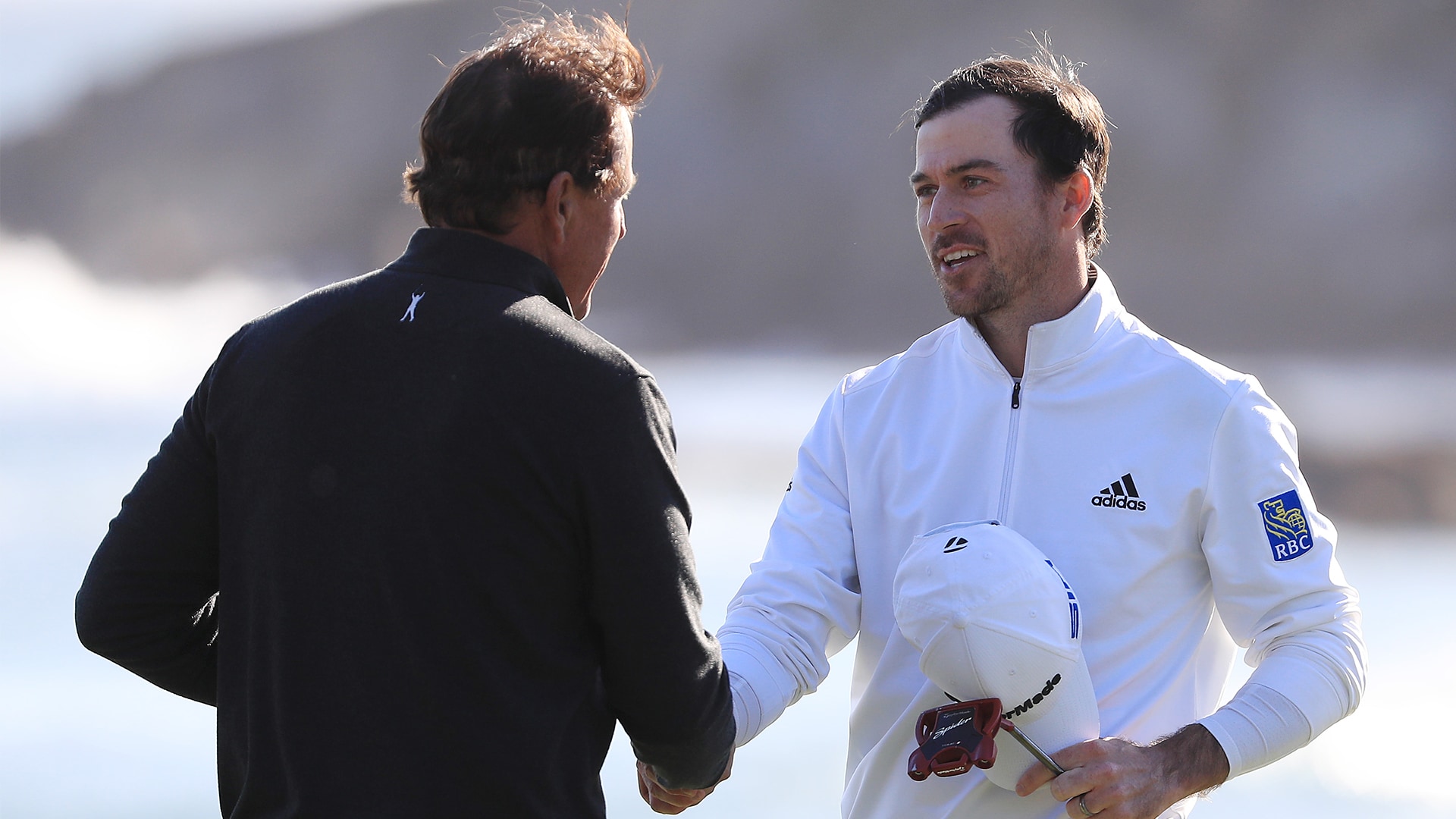 PEBBLE BEACH, Calif. – Nobody would have been surprised to see Nick Taylor spit out a tooth while signing his scorecard Sunday after winning the AT&T Pebble Beach Pro-Am.

He won wire-to-wire in the toughest way.

He won it with Pebble Beach Golf Links packing a wallop in cold, blustery winds in the final round.

Taylor won it battling Phil Mickelson, the defending champion and a massive crowd favorite who was trying to win the event for a record sixth time. He beat Mickelson in a head-to-head, final-round duel that turned into a brutish test of survival once they turned into the hard weather for the final eight holes.

“I’m here, winning, with a trophy,” Taylor said afterward. “We’re so privileged to be able to play this golf course every year, and to win, at an iconic place, it’s amazing.”

Taylor, a 31-year-old Canadian, impressed Mickelson with his titanium jaw.

One shot ahead at day’s start, Taylor beat Mickelson in a knockout, closing with a 2-under-par 70 to beat him (74) by five and Kevin Streelman (68) by four. 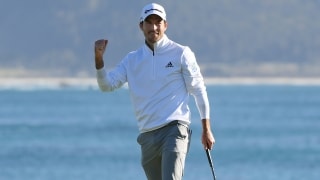 It was Taylor’s second PGA Tour title, his first since he won the Sanderson Farms Championship as a rookie six years ago.

“Nick played better than I did,” Mickelson said. “He holed a couple of great shots. He just really played some great golf.

“It was extremely difficult, because you have the wind that kept swirling in and then down, and you had greens that were very firm, and there's really no run-up shots. So, it was a hard day, but I got outplayed.”

Taylor relished winning at Pebble Beach, his favorite Tour stop. His wife, Andie, could feel something special brewing all week. It was here at Pebble Beach last summer that they announced on Father’s Day, on Instagram, that she was pregnant with their first child.

And then Nick opened this week making eagle at his first hole over at Monterey Peninsula. He led after every round.

Andie and Charlie, the couple’s 3-month-old son, were there at the 18th green when Taylor finished up Sunday.

“Coming back here, there were just good vibes all week,” Andie said. “Nick’s always loved it here. It was just surreal being there with Charlie on the 18th green at the end.”

“You couldn’t write it much better,” he said.

For most of his career, Taylor has been in an annual fight to keep his Tour card. He’s always found a way to keep his status, usually in some challenge at year’s end.

None greater than two years ago, when he went to the Wyndham Championship knowing he needed to go really low in the final round or lose his playing privileges.

Make no mistake, Taylor felt pressure going out in the last group for the first time on a Sunday in a PGA Tour event. There were nerves trying to protect a 54-hole lead playing alongside a 44-time PGA Tour winner with five major championship titles.

Taylor said he didn’t draw on his memory winning Sanderson Farms as much as he did saving his Tour card at Wyndham.

“In the grand scheme of things, I was under way more pressure in that scenario than I was trying to win today,” he said. “A lot of similar emotions before the round, during the round, really trying to focus on each shot that was ahead of me.

“I drew back on that round a lot, and that was very crucial for my career. It’s nice not having to do that again this year.”

Taylor, the Ben Hogan Award winner as the best collegian in the country while at the University of Washington, is watching his career turn on an upward arc again.

So highly touted as an amateur, Taylor struggled to build on becoming a Tour winner as a rookie. He has played in just three major championships, but never the Masters. The Sanderson Farms victory didn’t come with an invite to Augusta National. This victory does. He’s also headed to the Genesis Invitational next week.

“All that great stuff, it probably hasn’t sunk in yet,” he said.

If it doesn’t before April, surely it will when he strolls Augusta National’s emerald fairways for the first time. 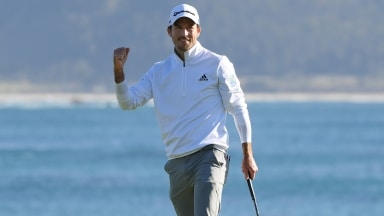 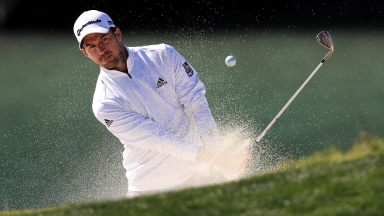 Phil Mickelson showed some short-game wizardry on Saturday, and Nick Taylor sought to hold him off Sunday with a bit of his own.