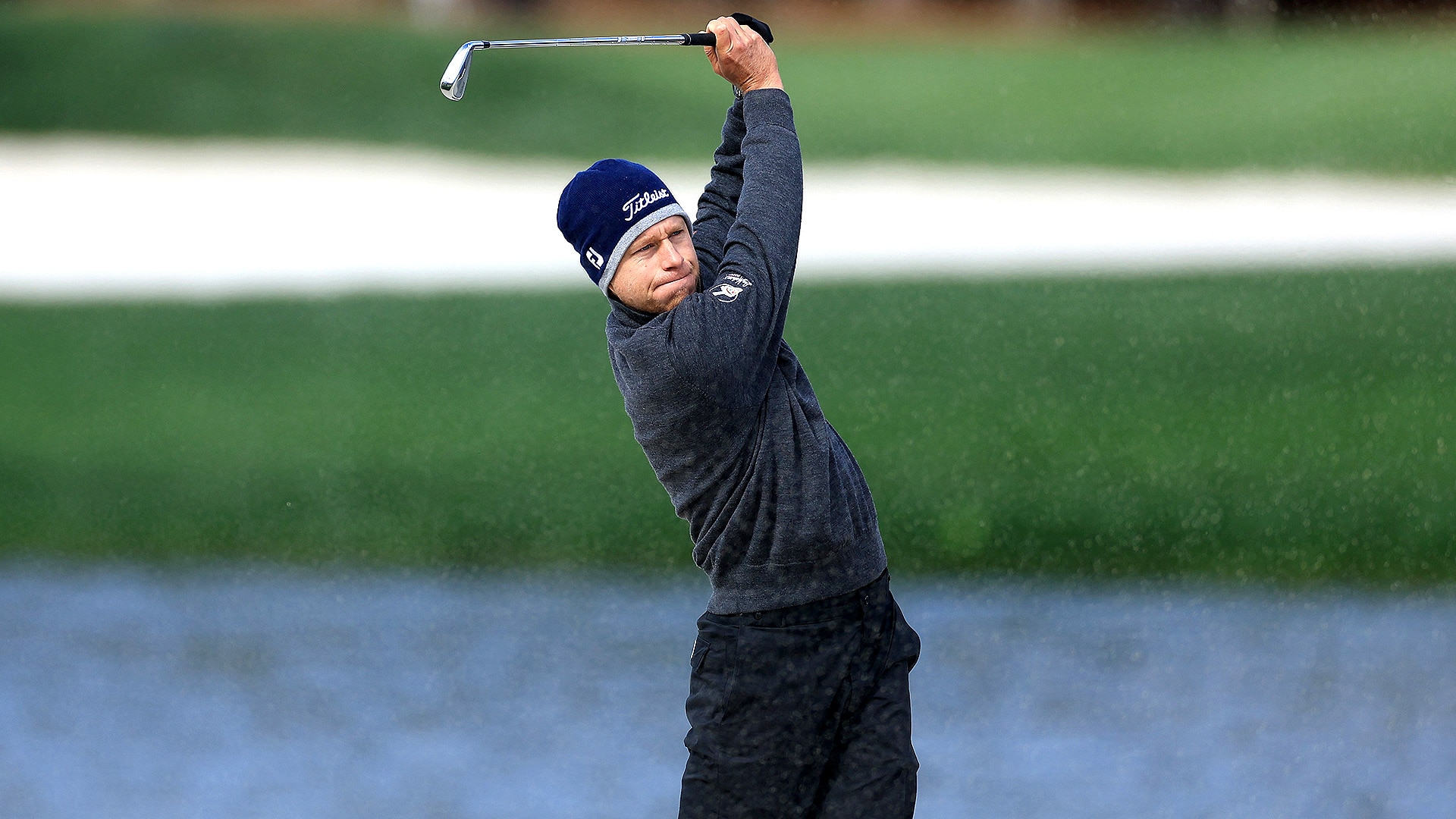 PONTE VEDRA BEACH, Fla. – Not all made cuts are made equal.

For the hottest player in golf, Scottie Scheffler, it meant another two rounds to start cooking.

For the 2019 Players champion, Rory McIlroy, it meant another chance to sharpen his game with the year’s first major fast approaching.

And for world No. 277, Peter Malnati, well, it meant another chance to prove himself. On this diabolical course. Against this glamorous field.

His career has been solid but unspectacular. Eight years, $5.7 million in the bank, a single win at the opposite-field Sanderson Farms in 2015. He’s finished outside the top 125 in FedExCup points four times, but has kept his card all but once. His career top-10 percentage is 0.04%. This year, he’s played a lot (15 events) but accomplished little (three top-25s).

Malnati is 34, with a young family, trying to make the most of his career. He had yet to make the cut (0 for 6) in a major or Players Championship. Coming off his best year as a pro, Malnati had been elevated to a new position, elected – by his peers – as co-chairman of the Player Advisory Council, and now he was looking to take the next step inside the ropes, however small.

There was little reason to believe this would be the week he’d get on the board. He hadn’t finished better than 25th since the fall, and he was heading to a penal, rain-softened track while hitting it both short (126th in distance) and crooked (196th in accuracy). In Thursday’s opening round at TPC Sawgrass, he played five holes before being hauled off the course with the rest of the early starters because of inclement weather. After waiting out a four-hour delay, he played well past sunset, agreeing with playing partners Alex Noren and Anirban Lahiri that they’d rather navigate the par-5 ninth in darkness than set their alarm again at 3:30 a.m. for a single hole – if they could even manage that with the dodgy forecast. Malnati stopped and started his way to a 2-under 70, matching his best score around here.

At least their hustle was rewarded.

Malnati didn’t even bring his clubs to TPC Sawgrass on Friday; his only time spent at the course was to eat lunch. “They feed us pretty good here,” he said. Other than that, he burned calories chasing around his 2 ½-year-old son, Hatcher. On Saturday, he packed his clubs, but only to get his body moving on the range. He hit a few balls in the 35-mph gusts and then watched from the gym as those in the late-early wave battled the extreme conditions.

“I wouldn’t wish that on anybody,” Malnati said. “When they restarted, I watched the first two groups play 17, and in my head I was like, It’s not fair. But golf is inherently unfair sometimes. We have waves. We have bad bounces. I know for certain that I was on the lucky side of this one.”

But soon, he was stressing. He blew his tee shot on the 10th hole into the right trees and made double bogey.

“I was a little rattled,” he said. “I don’t know if it’s a good thing or not, but I still think about the cut lines out here. They matter to me. This is, in every sense of the word, a major for me. I just wanted to be around and be a part of it for the weekend.”

Malnati bettered his chances with a birdie on the short 12th but soon gave it away – and then one more – with back-to-back bogeys on Nos. 13 and 14. All of a sudden, his solid opening round was forgotten. With the watery closing stretch to play, he was 1 over par, squarely on the cut line for the top 65 and ties. As one of the last players still on the course, he was the determining factor.

“I was definitely reeling a little bit,” he said. “Us golfers, we always say this crap that we don’t really mean about staying present and one shot at a time and all that. I was thinking about the cut the entire time." 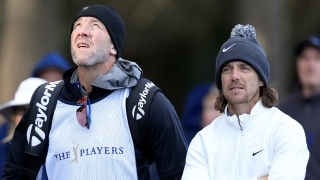 Early-late wave with big edge at The Players

The luck of the draw is as much a part of professional golf as pro-ams and courtesy cars. But this split hit a little harder than normal.

Then a funny thing happened. Malnati started puring it.

A short iron to 9 feet on the treacherous 17th.

“On each and every shot, I really did get into it and I think I delivered my best on every shot,” he said. “I was really proud of that.”

Still, the hardest hole on the course remained, the dogleg-left, 436-yard 18th that played nearly a stroke over par in the second round. Playing away from the water, his tee shot barely trickled into the right pine straw, 185 yards away. His ball sitting awkwardly, he one-handed a semi-shank that expired in thick rough, 35 yards from the flag. His pitch shot trickled out to 7 feet, 8 inches – and he needed that to make the cut on the number, to collect some of the record $20 million purse.

Or so he thought.

Little did Malnati know that in the group behind him, Scott Piercy was single-handedly moving the cut line.

Cruising along at 2 under par, in a tie for 22nd, Piercy rinsed his tee shot on 17. No matter – plenty others have, too. But from the drop zone, he made a critical mistake, ripping his wedge shot off the green and into the water. His fifth shot wasn’t much tidier, collecting on the front edge and leaving him 63 feet. He needed to sink a 9-footer just to make quadruple-bogey 7.

That late disaster dropped the projected cut line to 2 over par, giving new life to seven players already in the house – a group that included McIlroy and Scheffler, who had finished late Saturday and surely were interested spectators somewhere in the Jacksonville area.

“I’m gonna bet you Rory was not watching on his phone, scrolling right now,” Malnati said.

A reporter countered: Of course he was. His afternoon tee time depended on it.

“Eh, you might be right, actually,” Malnati said. “He loves it here. He thinks the same way I do – he thinks this is a major.”

But looking over the read of his make-or-break 7-footer, Malnati thought not of McIlroy or Scheffler or anyone else affected. “I’ve been that guy before that’s watching the scores on my phone thinking, Oh boy, he’s got 6 ½ feet for par. If he misses, I might be back in,” Malnati said. “I know that I can influence it. I care about everyone out here, but I want to beat them all. I was just trying to pour that putt in – I wasn’t thinking about the guys at 2 over hoping I missed it.”

Malnati’s stroke was pure and, with the ball still a foot out, he began pumping his fist. The happiest Tour player ever to shoot 75, to make a cut by one, he smiled like he’d won the tournament and floated to the scoring building, his wife by his side.

Then Malnati explained why this was a significant achievement. Why being T-59 through two rounds was important, at least to him.

“This is a major to me,” he said. “My goal is to keep getting better and better, and they all feel like a major. This one particularly, for so many reasons.

“You can obviously look at the purse” – the richest in Tour history – “and say this is a big deal, and it is.

“This is our home.

“This is absolutely one of the best courses we play all year.

“It’s the strongest field in golf.

“And I shouldn’t have known this, but I did – I’ve never made the cut here. I really wanted to, and that was a really good feeling.

“This was my dream when I was 15 or 16, and now that I’m 34, it still feels like a dream to be out here. I am thankful, and I’m thankful that the Tour, though it keeps getting more and more competitive, it’s getting harder every year out here, it gets more rewarding if you do well. It’s motivation to do well.”

Malnati shook hands with two reporters and jogged up the stairs to grab a quick bite before his third-round tee time. “Need to get some more of that good food,” he joked.

A few minutes later, the mood outside the clubhouse darkened, with Piercy stomping his way toward scoring. On the 18th hole, he had three-putted from the front edge, capping a disastrous stretch that saw him drop from inside the top 25 to outside the cut line.

Dazed by his swift downfall, he untucked his shirt and stayed in scoring for less than a minute. Without breaking stride, he flipped over a patio chair on his way to the locker room. It was a costly missed cut, and he knew it. 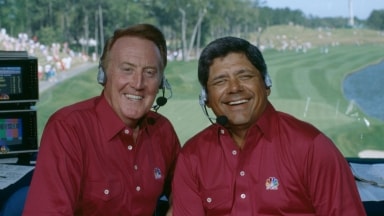 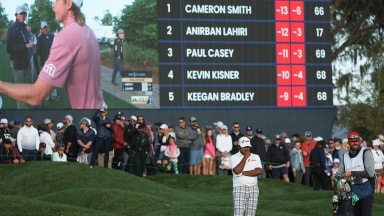