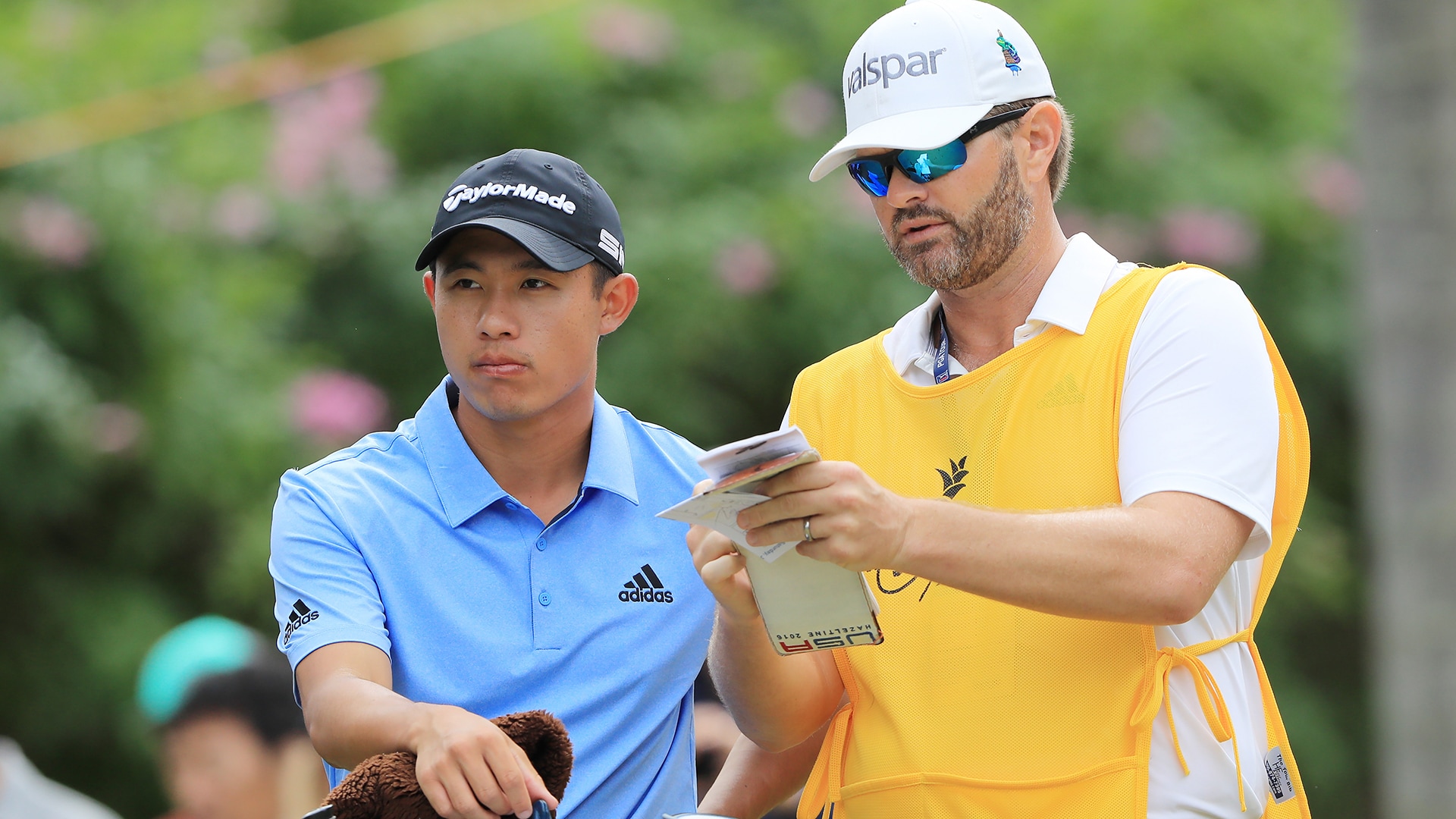 When the PGA of America announced Tuesday that it would allow the use of distance-measuring devices at three of its major championships beginning this year, the news came as a surprise to many in the golf world, including the reigning PGA Championship winner.

“Crazy news to see that this morning on Twitter,” Collin Morikawa told GolfChannel.com on Tuesday evening.

The PGA will implement the new rule allowing rangefinders at the PGA Championship at Kiawah Island on May 20-23, followed by the Senior PGA Championship at Southern Hills on May 27-30 and KPMG Women’s PGA at Atlanta Athletic Club on June 24-27. Rangefinders are already permitted in all college and amateur competition, though like those events, the PGA will prohibit the devices from including the slope feature, which measures elevation.

The decision came in an effort to speed up play, according to PGA president Jim Richerson, who said, “We’re always interested in methods that may help improve the flow of play during our championships.”

Morikawa agrees that the move has potential to help, though he contends that it likely won’t have a significant impact.

“Will you see pace of play improve like 10 or 15 minutes? I don’t think so,” he said. “But will it help certain players pick up speed? I think it’ll be tremendous in that sense.”

A well decorated amateur and college player at Cal before turning pro two summers ago, Morikawa is certainly comfortable using a rangefinder. He still uses one when he practices, as does his caddie, J.J. Jakovac. However, Morikawa admits that with any rule change, there will be an adjustment period, though he expects every player to at least carry a rangefinder during the championship.

“It’ll definitely give you accurate numbers, but so many caddies are used to walking everything off, adding their numbers,” he said. “Now, that you’re shooting pins, you have to kind of adjust to that, and now will guys do both in counting it off with their caddies and shooting pins? I could definitely see that. … Will some guys want to stay the way they are and not change anything? Absolutely. I mean, it’s a routine that we’re in and we’re so used to it. But in college I pulled out a rangefinder for every shot that I hit.”

Still, it will be different doing so in a major championship. Morikawa, currently ranked seventh in the world, is excited to find out what unfolds when rangefinders make their major debut at Kiawah in a few months.

“Is it going to solve anything? I don’t know, but we won’t know it until we try it,” he said. “… It’s going to be interesting to test it out at a major championship, but I look forward to it. It’s going to be cool to be a part of it for the first time.”

Many of Morikawa’s fellow tour pros also had their thoughts. Here’s a collection of a few of them:

Will Zalatoris: “I think hopefully it speeds up the game. I know that that's been a big topic of conversation for a long time. Monday qualifiers have been doing it for a couple years now, we're able to have range finders. So, I don't see a downside to it. I think if anything it will hopefully speed up the game, specifically of guys that hit one off line instead of walking over to the side, the one specifically I could think of actually is like a couple weeks ago in Torrey Pines I hit one out right on 14 and we had to walk 40 yards over, 40 yards back, my caddie actually had to even pace it off from the front edge and that adds a couple minutes and next thing you know we're behind and even though the entire group – I think we all made par – I'm hoping it helps, I'm all for whatever makes the game faster. I don't really see a downside to it. The reality is even when you see guys walking the golf course or covering the tournament, they're just walking up to our ball shooting a number and then we got to walk around and go find it. So, I'm hoping that it speeds up the game that's all really that I'm focused on. But at the same time, I'm sure that there's some guys that are kind of being homers and they want to, the art of getting a yardage, knowing how far things are playing, so it will be interesting.”

Nick Taylor: “The argument that I constantly hear with it is pace of play. I think there would be an adjustment period where I don't think speed would, I don't think pace of play would speed up at all because we're still trying to find front numbers. I think caddies would still be double-checking. In the case when you're way off line, of course rangefinders are going to speed up play. But yeah, that's interesting. I'm sure if you talked to caddies they would be against it because I think they take pride in what they do and it is a skill to get the angles, the numbers, and be confident that you get those numbers, where the rangefinder probably takes away a part of that.”

Troy Merritt: "No issue at all with me. Guys will mostly use them when they’re offline. Most will still use the books when they’re in position. Don’t think it changes the game much. Rangefinders are as accurate as books – always have the potential to be a few yards off. Helps mostly when you’re trying to figure out a number when you’re out of position. Will speed up play in that regard."

Fred Funk: "I think it is about time, just another tool to speed up play. Really great for when you are out of position and need quick reference. Will never replace yardage book, though."

Brittany Lincicome: "I’m torn. I’m praying it speeds everything up but don’t know if it will. I feel like caddies will still walk off the number and then laser it. So maybe extra time. The rules officials need to give out more penalties. End of story."