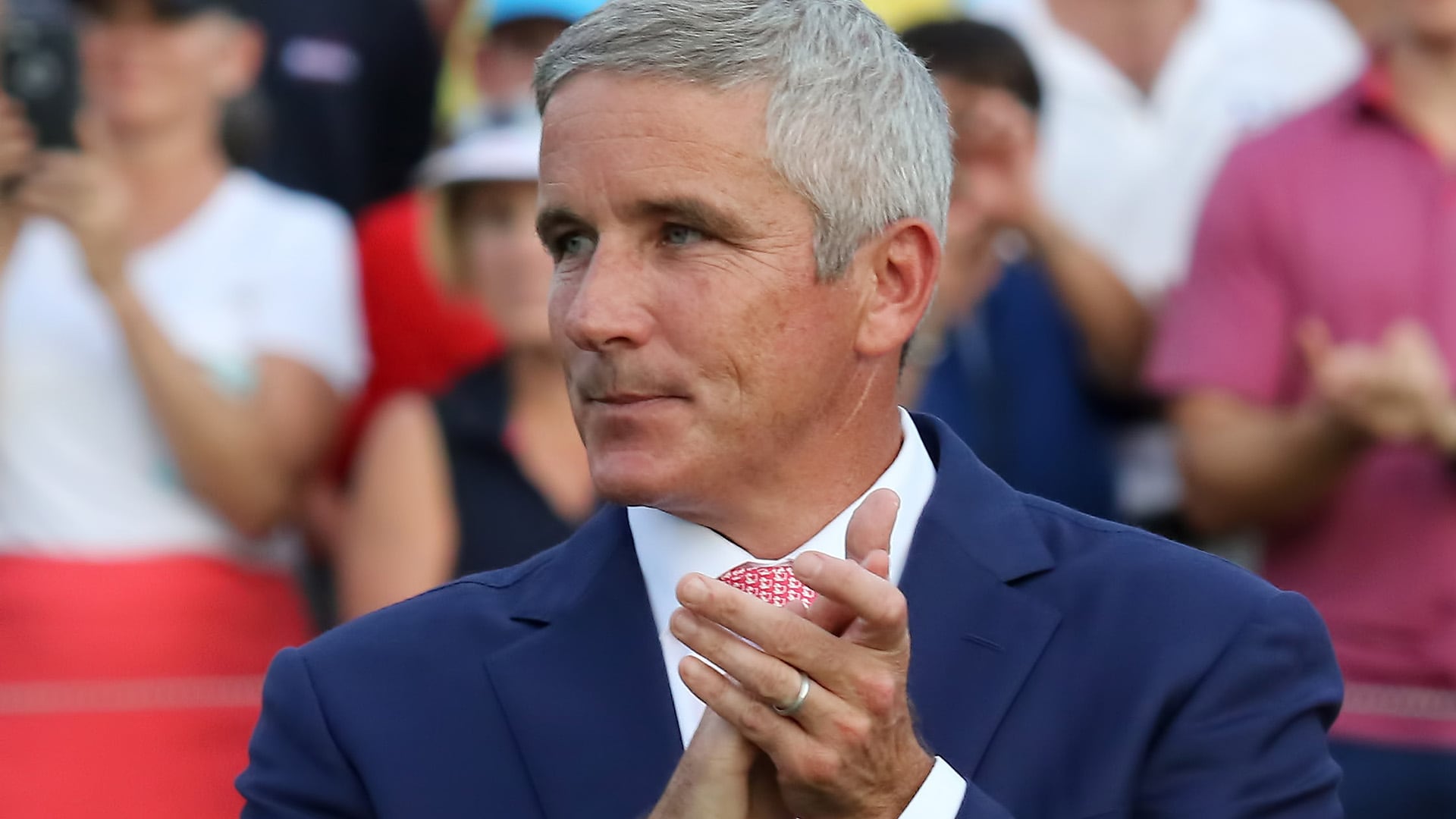 KAPALUA, Hawaii – Following a most eventful season on the PGA Tour that included the announcement of a dramatically reworked schedule beginning in 2019, commissioner Jay Monahan looks to focus this year on implementation.

From the new schedule, highlighted by the PGA Championship’s move to May and The Players’ shift back to March, to a dramatic new format to decide the FedExCup champion at the Tour Championship, Monahan envisions another eventful year but for different reasons.

“As a team and organization, it’s about making certain we’re executing,” he said. “This year will be as busy as last year.”

But if Monahan’s annual roundtable with the press at the Sentry Tournament of Champions is any indication, there will be a new item on the circuit’s to-do list following the U.S. Supreme Court’s ruling last year to strike down the federal ban on sports betting.

The Tour announced its support of draft legislation that would provide federal oversight of sports betting that was introduced by Sen. Orrin Hatch (R-Utah) late last year. Like most professional sports leagues, the circuit has been preparing for widespread, legalized sports betting for years.

“Where we are from a gaming standpoint, I’ll break it down to two points. We have for the last couple of years put all the systems in place from an integrity program to monitoring program to our ShotLink technology in place so we can be in a position to participate,” Monahan said. “The reason we would do it is because we think gaming leads to more engagement.”

Monahan said he expects sports betting in golf to be what he called a “second-, third- or fourth-screen experience,” meaning fans would follow any potential bets as well as the traditional tournament broadcast.

The commissioner also said he had particular interest in The Match between Tiger Woods and Phil Mickelson in November, including the side bets the two stars made during and before the event.

“The one thing that I thought was interesting was at their press conference when Phil challenged [Tiger] to a first-hole birdie wager,” Monahan said. “To me, I was really interested in that as much as I was anything else. Obviously, it was a match and it was between the two of them, but it was an interesting way to start out the day.”

Asked if he made any bets on The Match himself, Monahan smiled and answered, “I did not.” 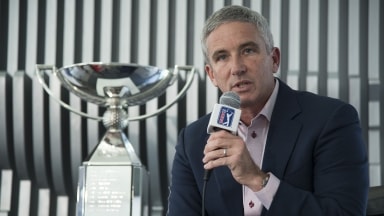 “We need to have widespread, large-scale testing across our country,” Monahan said on NBC Sports Network’s “Lunch Talk Live” with Mike Tirico.

Two of professional golf's most powerful people will be among those tasked with leading the effort to reopen the U.S. economy.

With the PGA Tour and its five other associated tours shut down because of the coronavirus, commissioner Jay Monahan is foregoing his salary indefinitely.