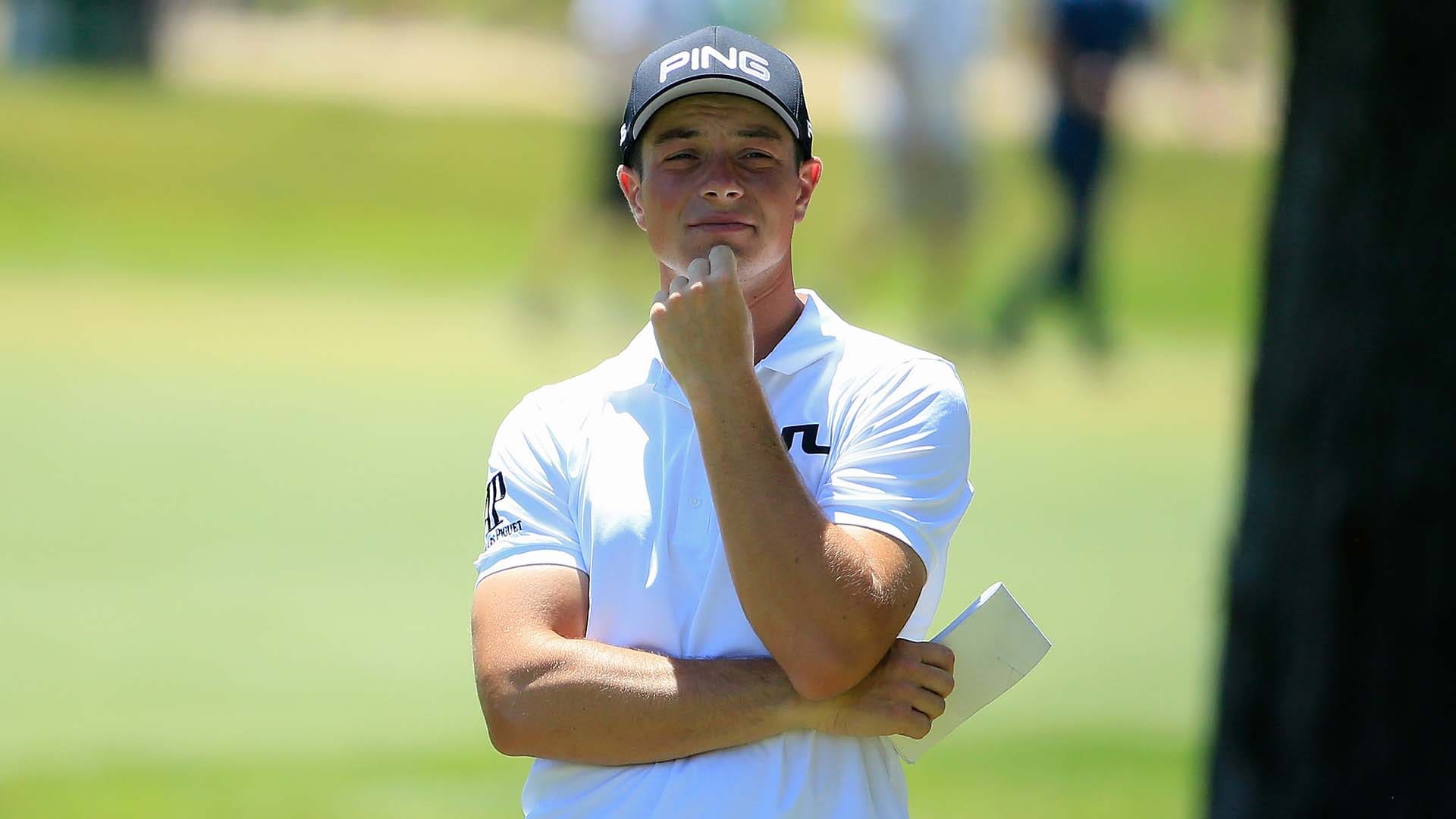 Now that the USGA has instituted the Viktor Hovland Rule, it’s time for the PGA Tour to amend its own policy regarding amateurs.

How coincidental that the USGA on Monday announced that exemptions into the U.S. Open would no longer be contingent on amateur status, that future U.S. Amateur champions will be able to play in the year’s third major as either a professional or an amateur. It’s a way for the organization to save face: Four of the last 10 U.S. Amateur champions have forfeited their U.S. Open exemptions, thus vacating their spot in the annual early-round grouping alongside the reigning U.S. Open and Open Championship champions. It’s also a common-sense move that acknowledges the competitive realities facing today’s top amateurs.

But even though this decision apparently was months in the making, the timing of the announcement wasn’t lost on anyone.

On Sunday, newly minted pro Viktor Hovland finished fourth at the PGA Tour’s regular-season finale, the Wyndham Championship – his fourth top-20 in five pro starts – but that consistent play still left him 68 FedExCup points shy of earning a full Tour card for the 2019-20 season. Where it gets interesting: Had Hovland been able to play the U.S. Open as a pro, the points he would have earned by virtue of his T-12 finish at Pebble Beach (in addition to top-40 showings at Bay Hill and the Masters) would have given him full status for next season.

Instead, Hovland is headed off to the three-tournament Korn Ferry Tour Finals, because Tour policy states that amateurs are not eligible to earn FedExCup points, even retroactively.

It’s important to note here that Hovland isn’t complaining. As he told reporters in Greensboro, he understood that his amateur success wasn’t going to count, and he knew that he’d have another chance to earn his card via the Finals. “I just should have played a little bit better and it wouldn’t have been a problem,” he said.

And, yes, in a month, this may become a moot point. Talent usually wins out in the end. (Had he made enough starts to qualify, Hovland would rank seventh in total strokes gained.) But it’s also not a lock that he’ll secure one of the 25 cards, and that’s a shame, because the rules that led to this predicament need to be revisited.

Forget about the roughly $330,000 that Hovland left on the table by remaining an amateur. If he was good enough to accrue more than 100 FedExCup points in those limited starts, then he should be able to apply them once he turned pro this summer.

After all, he earned those points based on his skill, not his status.

Why should he have to start at zero like everyone else?


A Tour spokesperson said Monday that the amateur issue has been reviewed in the past and that the Player Advisory Council and Board have “taken the view that the PGA Tour is an organization of professional golfers, and therefore membership criteria should be based on play as a professional.” In light of the USGA’s decision, the Player Advisory Council is expected to reconsider the events that have a special eligibility category for the reigning U.S. Amateur champion, such as the Arnold Palmer Invitational and RBC Heritage.

Still, young pros like Hovland will continue to get squeezed by the Tour’s condensed schedule. There are just six full-point Tour events between the end of the NCAA Championship in late May and the start of the FedExCup Playoffs in early August. Yes, Matthew Wolff and Collin Morikawa were able to break through and win, but there’s a reason why only 11 players since 1980 have gone from college straight to the Tour. It’s exceptionally difficult to do, especially now, with a system that requires non-members (who are already restricted to a maximum of seven sponsor exemptions per season) to earn the equivalent of No. 125 in a small window.

Tour officials have a vested interest in the development of the young players – they’re currently in the process of developing a draft program for top collegians – and this summer they’ve shown no hesitation in promoting these hotshots. Hovland, Wolff and Morikawa have conducted news conferences together. They’ve been handpicked for featured-group coverage together. Wolff is even kicking off the playoffs this week by helping light the Empire State Building.

But the Tour still has done little to help its future stars and change the reality that it’s a closed shop with fewer access points to the big circuit. The top young players face a tougher road to instant membership, with all but a select few forced to apprentice for at least a year on the various developmental tours before they can get their shot.

The USGA recognized the shifting landscape and offered at least a small reprieve.

The Tour should do the same for the amateurs who previously earned those precious points.