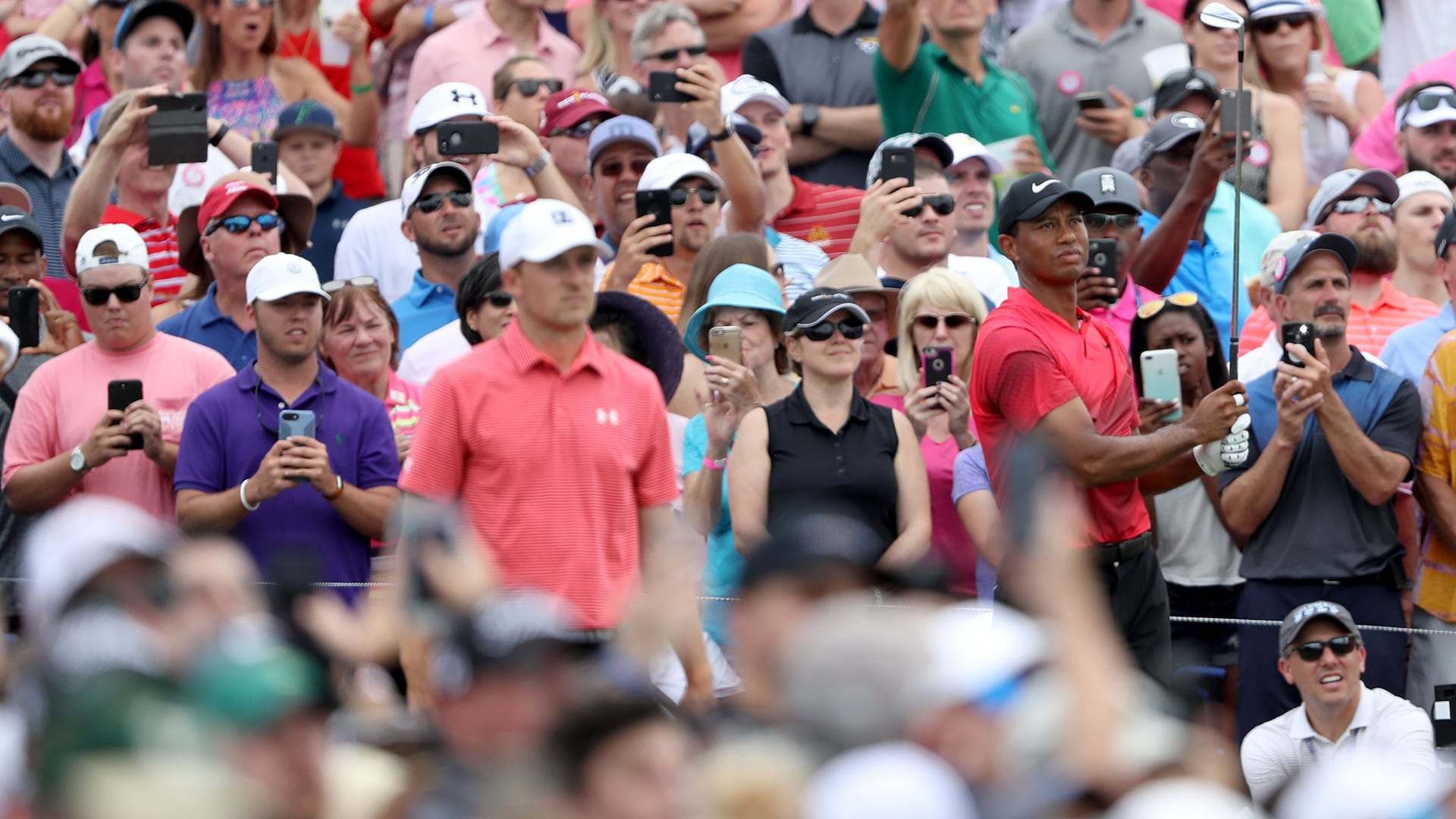 DALLAS – The Supreme Court’s decision to overturn the federal ban on gambling rippled across every field, court and arena in the country. They’re sure to be felt among the nooks and crannies of professional golf, although a few of the sport’s more unique factors could make those effects especially nuanced.

Betting has been ingrained in the fabric of the game for decades. From $5 Nassaus at the country club to Phil Mickelson’s standing Tuesday game, golfers like to tell gambling stories almost as much as fishermen like to describe their latest catch. Years ago, television executives even created a Skins Game telecast centered around one of the fundamental on-course wagers.

So it comes as no surprise that a common reaction among players at this week’s AT&T Byron Nelson is that the Supreme Court’s ruling will mean more of the same.

“Guys have been betting each other forever, since I’ve been out here,” said Ernie Els. “Spectators, like this guy and his buddy would be like, 'Oh, I bet you a dollar he doesn’t make it.' And we can hear that. But now that it’s legal, I’m sure the stakes are going to be even higher.”

Credit the PGA Tour for getting out ahead of the debate. Their implementation of an integrity program at the start of the year signaled that the ruling was a matter of when, not if. The Tour has been forward-thinking in its approach with the players, with other sports leagues and with the public, knowing that legal betting would soon become far more prevalent.

But even when the integrity program began, commissioner Jay Monahan hinted at some of the unique issues golf betting presents that other sports won’t have to deal with.

“We recognize that no sport is fully immune from the potential influence of gambling,” Monahan said last fall. “So we felt it was important to move forward with an integrity program to further protect our competition from betting-related issues.”

The landscape of legalized golf betting, outside of Nevada, remains fluid. It should come into focus in the coming months and years as more states push to join the fray, but the bet options range far beyond a friendly wager on who wins a given event.

There could be proposition bets on missed cuts, head-to-head wagers between two players in the field or even bets on how individuals might play a given hole. The variables are abundant, and it could open the sport to potential issues from within – the possibility of which has already been addressed with players, who have long been barred from betting on the sport themselves.

“I know the PGA Tour has stepped in and there are stricter policies for us and our teams regarding releasing information. Obviously we can’t gamble ourselves on our sport, whether it’s passed or not,” said Jordan Spieth. “I don’t know all the rules to be exact, but I know that there are obviously stricter policies about information.”

But sports betting is legal in many other countries where professional golf is played, including Australia and the United Kingdom, and those events in recent years have seemingly gone off without incident. For some, the more appropriate focus is how the ruling could lead to a rise in unruly fan behavior.

Els pointed to Sunday’s close at The Players Championship, where Jason Dufner missed a 3-foot putt on the final hole to drop from a tie for second into a tie for fifth, as a prime example of a situation that could become more heated if fans have more significant money on the line.

“It’s going to up the ante. I think you’re going to hear a lot more vocal people,” Els said. “Especially if you can imagine Dufner last week, and we’ve all done it. But if there’s a guy that had money on him to finish top whatever, and he does that, and the guy loses a thousand bucks, he’s going to have some kind of reaction.”

Jimmy Walker is not a gambler, and he described the notion of anyone betting on golf as “ridiculous.” But he’s keenly aware of the increasing one-upsmanship among the galleries, which would likely be exacerbated with more money changing hands among fans.

“Golf is so much more intimate, player to fan base, than any other sport. Tennis may be the only other one where it’s so quiet and the fans can get so close,” Walker said. “I think that’s the big deal, and that’s what people have to realize when they come out here, is that you can stand 5 feet from the best players in the world. You can’t do that at a football game. It’s hard to do that at a basketball game because it’s so loud, nobody can hear all that. So I just think we need to police it a little better.”

Gambling and golf have long been intertwined, but their relationship is about to transition from the 19th hole or back alley to the very front of the sport. It’s a shift that could allow the Tour to snag a piece of a lucrative revenue stream, and it’s one that will mean players have a few more pages to thumb through in the manual each season.

It’s also sure to add another wrinkle to the relationship between the best players in the world and the fans that come to watch them.