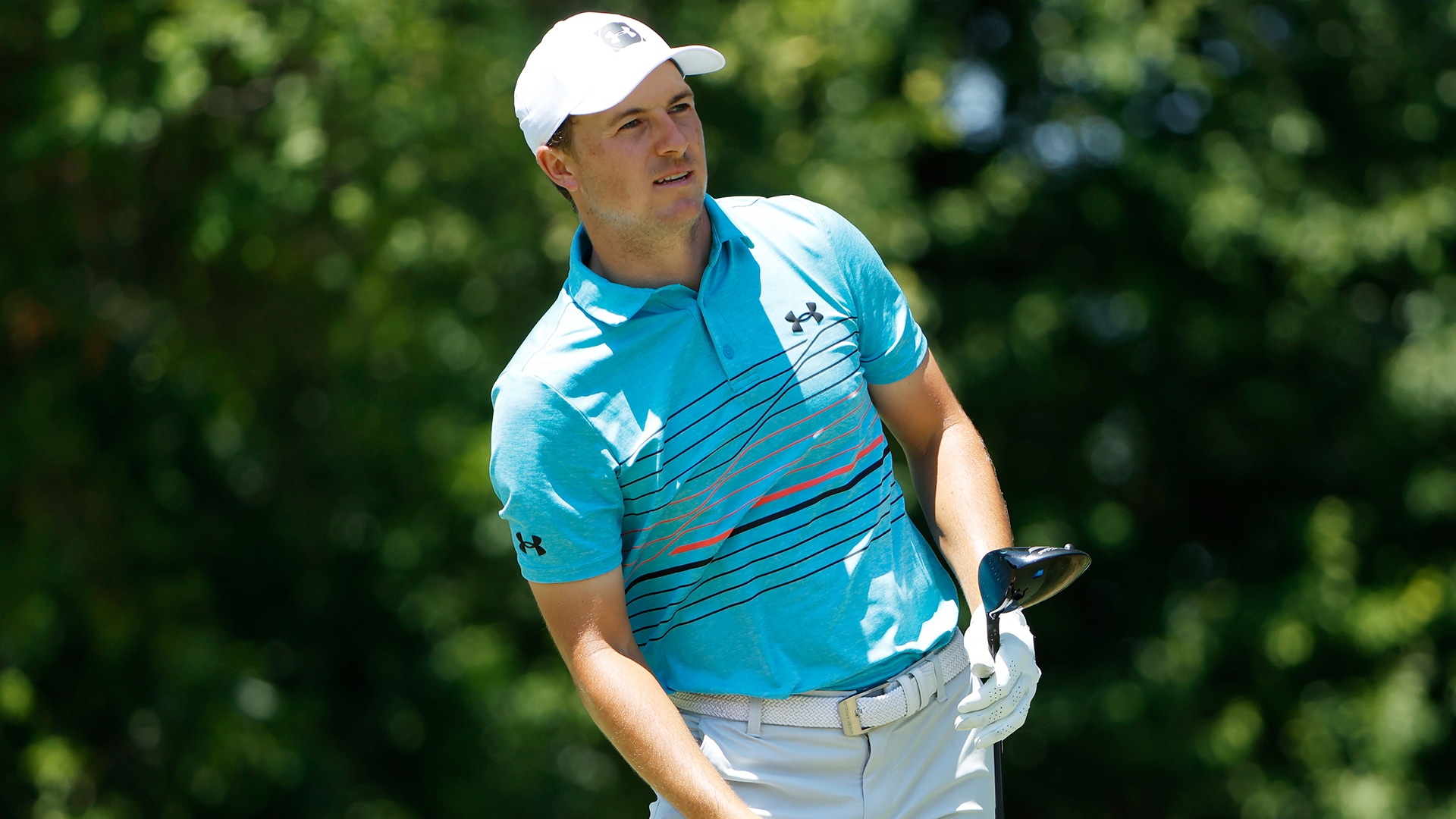 FORT WORTH, Texas – The PGA Tour’s return-to-competition plan was painstakingly detailed, with officials addressing everything from testing for COVID-19 to how rental cars would be returned.

The one element the circuit couldn’t control was the competition itself.

After three months of inactivity, it was impossible to predict the quality of play at this mid-pandemic lid lifter.

There would have been no way of knowing, for example, that Justin Thomas would arrive at the Charles Schwab Challenge in midseason form or that Jordan Spieth had rediscovered his magical putting touch.

How would one foresee that after losing 25 pounds Gary Woodland would immediately find himself in contention? Or that after gaining 20 pounds Bryson DeChambeau would be able to bomb his way near the lead on a tight Colonial layout?

Golf is fickle and rarely goes to plan, so it would’ve been impossible to script a leaderboard after 54 holes that would include the likes of Thomas, Spieth, DeChambeau, Woodland along with other stars such as Rory McIlroy, Justin Rose and Xander Schauffele.

As it turns out, the Tour didn’t have to.

“You look at the names on the leaderboard, it's sort of what I expected, just everyone coming out of quarantine wanted to play, and I think the next three weeks that will really show,” said Schauffele, who leads by a shot entering Sunday’s final round at the Schwab.

Schauffele broke from the pack and a six-way tie for the lead with a birdie at No. 18, but with a monsoon of respect for the four-time Tour winner, it’s the entire marquee of A-listers that deserves the headline.

Perhaps this should have been anticipated. The field for this week’s event is the storied tournament’s best ever. In fact, it’s the strongest field according to the world ranking this season, and a good portion of those stars delivered.

Spieth, who is tied for second place with Woodland, Thomas, Branden Grace, Collin Morikawa and Daniel Berger, is perhaps the most compelling of those “name” contenders, and Saturday’s 68 was a perfectly “Spieth” round.

He needed just 10 putts through his first nine holes, hit just seven fairways for the day and had plenty of misadventures, including a wild drive left at the fifth (bogey) followed by an overcorrection at No. 6 to the right rough (par). He needed only 25 putts on Day 3, which is particularly impressive considering this is the same player who recorded the ninth four-putt of his career Friday on the third hole.

“Today was a day where I look at the last couple years and potentially say that would have been a 2 or 3 over and taken me all the way out of the tournament,” Spieth said. “I like the progression I've been able to make. I feel comfortable going into tomorrow that I can shoot a good score.”

Legend has it that Ben Hogan, whose statue towers over Colonial’s 18th green, believed that putting was disproportionally important to the outcome in golf. “The Hawk” was considered one of the game’s best ball-strikers, so of course he would think that.

Watching Spieth play like Spieth on Saturday probably wouldn’t have changed Hogan’s mind, but you’d like to believe he’d be impressed with the Golden Child’s efforts on the greens, if not his continued quest to turn a competitive corner.

Last we saw Spieth he was in desperate need of a timeout. In an ongoing struggle to rediscover the form that delivered three major championships in two-and-a-half years, he’d managed just a single top-10 finish this year. When COVID-19 halted play in March, he was ranked outside the top 50 in the world for the first time since 2013.

If anyone needed a break, it was Spieth, and he’s resurfaced this week on familiar turf with an equally familiar swagger.

Although DeChambeau, who is tied for ninth place and three strokes off the lead, faded late with a bogey at No. 17, his return to competition is also compelling. Thanks to his added mass – some 20 pounds, up near 240 – DeChambeau has bludgeoned Colonial into submission this week with a 303-yard average off the tee.

Thomas’ third-round 66 marked the world No. 4’s second bogey-free round of the week. McIlroy is still only three shots back despite following Friday’s 63 with 69. Oh, and Patrick Reed is only three back, as well, thanks to a 63 of his own.

Also adding to the novelty of golf’s return is the fact that Sunday’s title bout will unfold in relative obscurity. For the first five events, the Tour will play without fans, and through three rounds in Fort Worth, the absence has been little more than an inconvenience.

On Sunday, however, the cheers will be missed.

“It's a little bit more competitive honestly than I thought it would be. I thought it was going to be very odd,” Thomas said. “I was hoping that I'd be in this position to where I'd have a good chance to win the tournament and see how I feel, but it is going to be different. It'll be interesting to see how that adrenaline plays a role.”

The Tour is hoping that whatever intensity lost with the lack of fans can be replaced by a who’s-who leaderboard of the game’s best and brightest. If Sunday’s relative calm fails to inspire the players, a quick glance at the all-star leaderboard should do the trick. 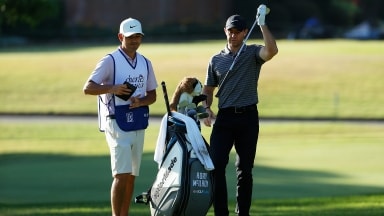 Thanks to rental-home simulator, Rory fires 63

Following a first-round 68 at the Charles Schwab Challenge Rory McIlroy admitted that after a 91-day hiatus from golf his distance control with his wedges was off.