Phil's apology could have quashed incident days ago 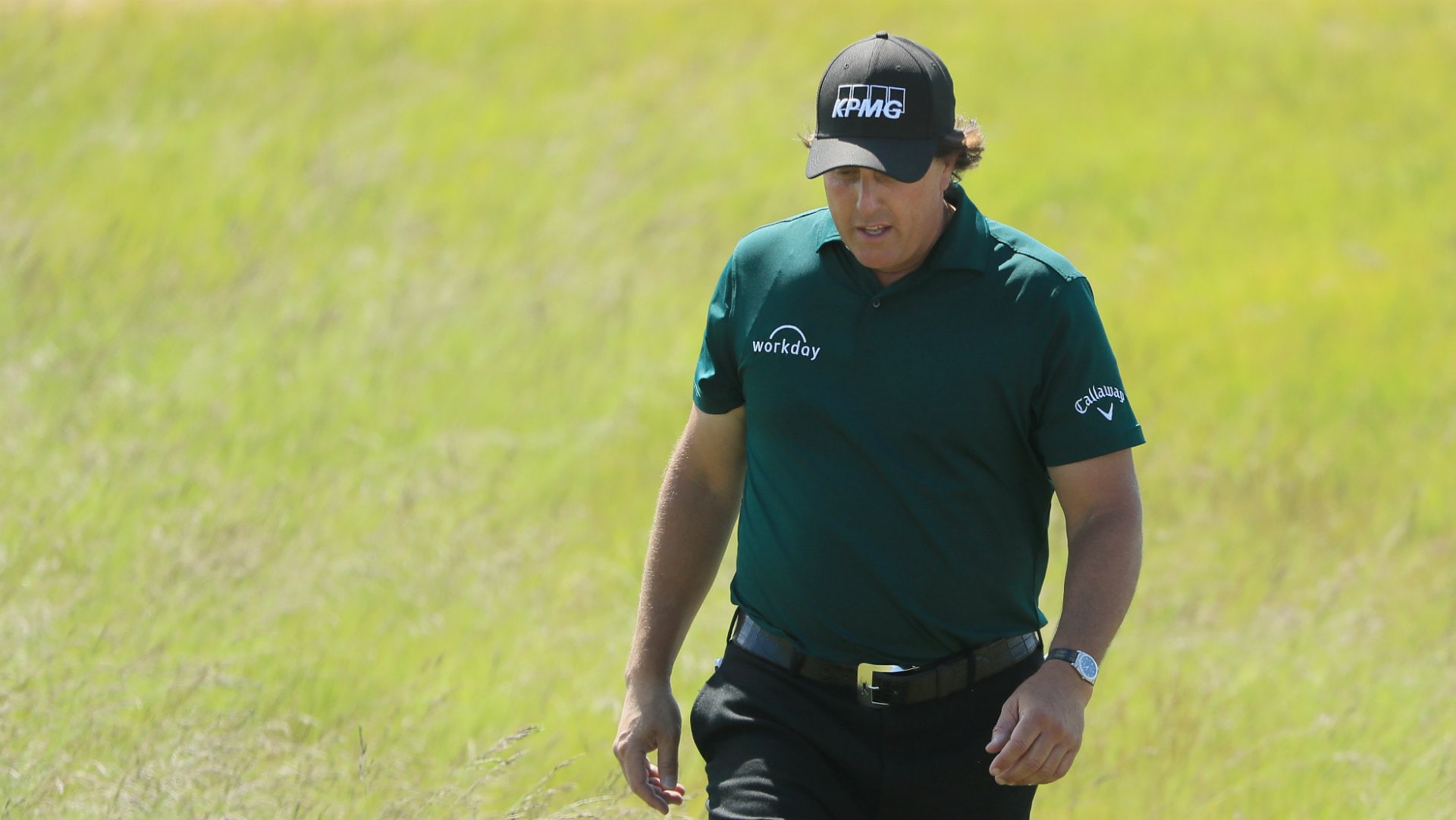 Phil Mickelson’s mea culpa came five days after he turned the U.S. Open upside down. It came after an attempt to rationalize his mind-boggling efforts on the 13th green only made things worse, and four days after he opted to show up for the final round at Shinnecock Hills but declined comment on the imbroglio that nearly overshadowed Brooks Koepka’s successful title defense.

But finally, from behind a keyboard rather than in front of a microphone, he lent clarity to one of the strangest moments of a decorated career.

“I know this should’ve come sooner, but it’s taken me a few days to calm down. My anger and frustration got the best of me last weekend,” Mickelson wrote. “I’m embarrassed and disappointed by my actions. It was clearly not my finest moment and I’m sorry.”

It’s a statement that will hopefully serve as a coda to a controversy that bled into the first few days of the Travelers Championship. It’s also one that several players at TPC River Highlands believe Mickelson would have been well-served to issue in the immediate aftermath rather than attempting to inject intent into a momentary lapse.

“The problem was when he started to justify it,” said Graeme McDowell. “People were like, ‘Oh, did he kind of maybe try to do that on purpose?’ And then all of a sudden the integrity of the game starts coming into question. When if he’d have just said, ‘I lost my mind for a second. I can’t believe I just did that. That’s the craziest thing I’ve ever done on a golf course. Sorry, guys.’ If he’d have said that right away, it would have been over, finished, the end. And then no DQ comments would have come into it.”

Mickelson has spent the past 25 years staying one step ahead, be it with his comments to the media or his actions on and off the course. The man shows up to the Masters in a button-down shirt and elicits guffaws; the laughs died down the next month when Lefty revealed that he had taken an equity interest in the shirt manufacturer and was quite literally benefiting from the attention his wardrobe choices had received.

But after being bludgeoned by a borderline setup on his 48th birthday, Mickelson appeared to have finally fallen victim to a fleeting moment of frustration. Not a premeditated attempt to save a shot, or to avoid further embarrassment ping-ponging across a crusty green. Simply a man driven to his breaking point for all the world to see.

“As a player that’s been in that head space at that tournament, I can see it happening to people,” said Rory McIlroy. “Look, it’s a tournament that Phil has come so close to winning over the past few years. He’s probably seen what’s happened over the past few years at that tournament, and it’s frustrated him because it’s the only one that he hasn’t won. Plus, it’s probably becoming the hardest one to win for anyone because it is a bit of a lottery at times.”

Mickelson remains a man of the people, a flawed hero who goes for broke even after that mindset cost himself more than a couple tournaments. It’s a relatable and charismatic trait, one that helps weekend hackers stuck behind a tree feel a connection to a man who once turned a similar situation into a green jacket.

And having accrued more than two decades of positive equity by forging a path that other players don’t dare to take, Mickelson had more than enough goodwill banked to fess up after the putt-slap and avoid being pilloried.

But just as the cover-up is often worse than the crime, so too Mickelson’s decision to spin his actions Saturday afternoon – combined with his calculated decision to offer no further explanation after returning for the final round – only threw gas on the fire.

“I honestly think that he just tried to come up with a story to make it go away, and inadvertently caused the opposite reaction,” added McDowell.

Player opinion remains divided on several aspects of the Mickelson situation, and there are still those who believe Mickelson should have been disqualified for his actions, regardless of his intent or lack thereof. But the topic most players agreed on was that this situation won’t tarnish Mickelson’s overall legacy.

Eventually, the news will cycle out and Mickelson will continue his quest for a sixth major title without being dogged by a regrettable moment when he essentially channeled the impulse of a pro-am participant looking to escape to the next tee.

Even though questions will linger when he tees it up next at The Greenbrier, and likely again when the international press gathers at The Open, Mickelson will be well-served to have finally taken some ownership of a poor choice in the heat of the moment, rather than to attempt to explain it away as a calculated move.

It’s a tactic that likely would have proven even more beneficial under the heat of the spotlight at Shinnecock Hills. But better late than never.

“Why he tried to justify it, I’ll never know. Maybe he thought it was the right thing to do at the time,” McDowell said. “But I think as a golfer, we all understand the frustration, and just the mental lapse he had in that second when he did it.

“It was just Phil being Phil. Trying to apply science to madness.”