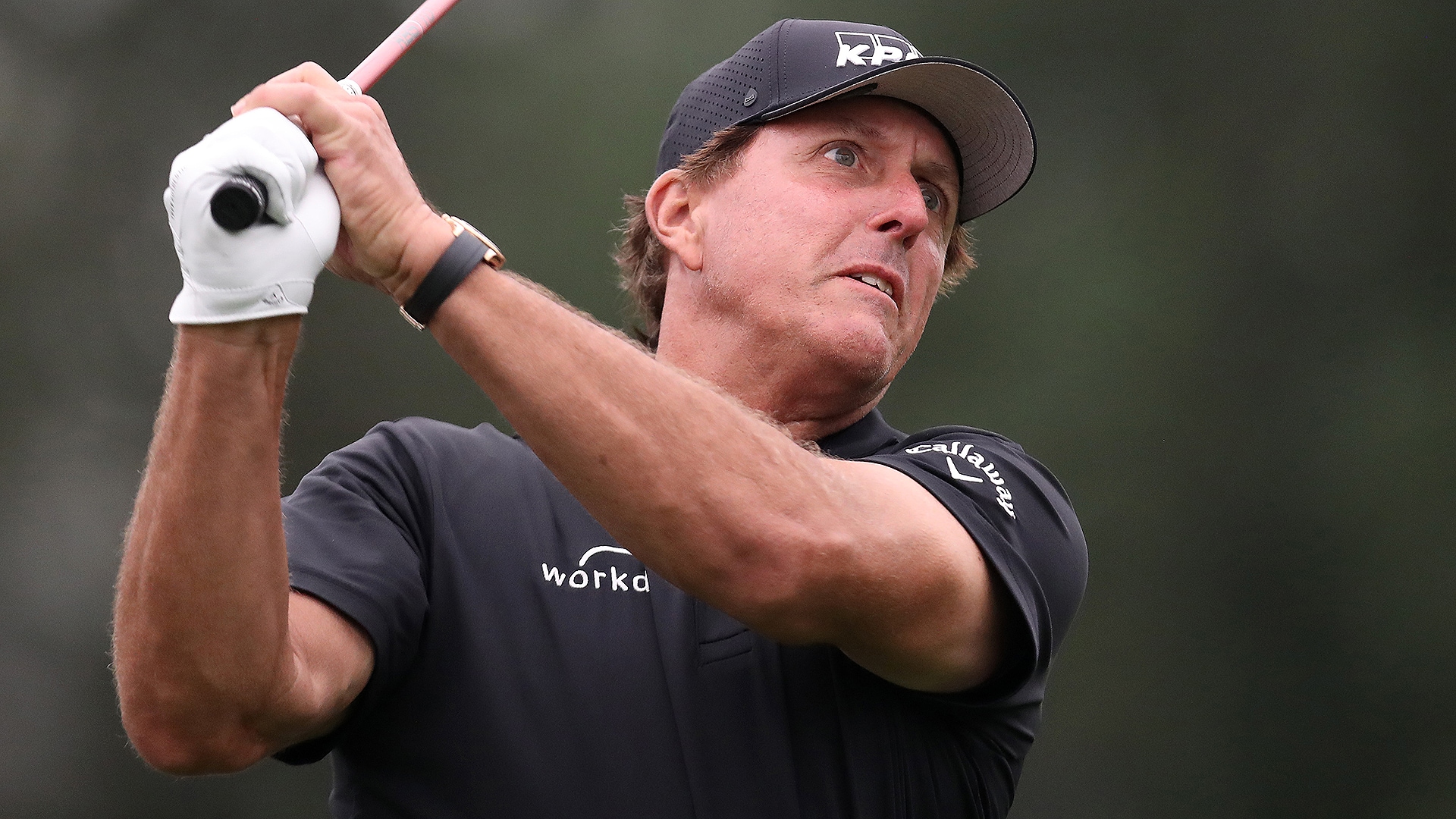 It wasn't exactly what he was hoping for, but Phil Mickelson still views his opening round of the new PGA Tour season as a step in the right direction.

Mickelson is one of a handful of players in the field for the Safeway Open who will also make the trek across the country for next week's U.S. Open at Winged Foot. Making his first PGA Tour start since The Northern Trust, Lefty got off to a slow start and didn't make a single birdie over his first nine holes. While he bounced back with three birdies coming in, his 1-under 71 still left him eight shots off the lead and with work to do to make the cut.

"For me to shoot under par, it's actually a mini-victory in that I didn't shoot myself out of the tournament," Mickelson said. "I've got to go shoot 7, 8 under par tomorrow to get in it for the weekend, but it's very doable. I've actually been playing well enough to do it, but not today."

While Mickelson made an early playoff exit last month, he won his PGA Tour Champions debut in his most recent competitive start. The ultra-low scores he posted in Missouri weren't available to him during his first round at Silverado Resort, a difference he chalked up in part to setup.

"The biggest difference are the pin placements that we see," Mickelson said. "The ones out here, they're always put on a little bit of a knob or a crown or something where you've got to be defensive or the ball will run 5 or 6 feet by, whether it's a chip or a putt. Whereas on the Champions Tour, they're like normal pins that we used to have in the '90s and early 2000s, so you feel like you can be a little bit more aggressive. In every (PGA) Tour event, they're set up to prevent the scores from going too low."

Mickelson famously lost the 2006 U.S. Open at Winged Foot with a double bogey on the 72nd hole, and next week marks the tournament's first return since to the New York layout. He'll surely be in the spotlight next week as he makes his seventh attempt to round out the final leg of the career Grand Slam, but he hopes that further success this week at Silverado will prepare him for what lies ahead. 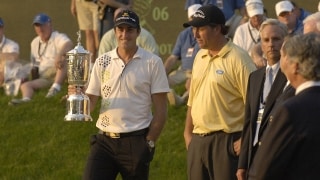 Geoff Ogilvy won the 106th U.S. Open at Winged Foot, but it will forever be remember for the two men who lost it.

"The best way to get ready for Winged Foot is to play well here," he said. "These fairways are tighter and more difficult to hit than what we'll have next week, but the rough is going to be a lot more penalizing next week. So it's a great way to work on driving, work on your golf swing."