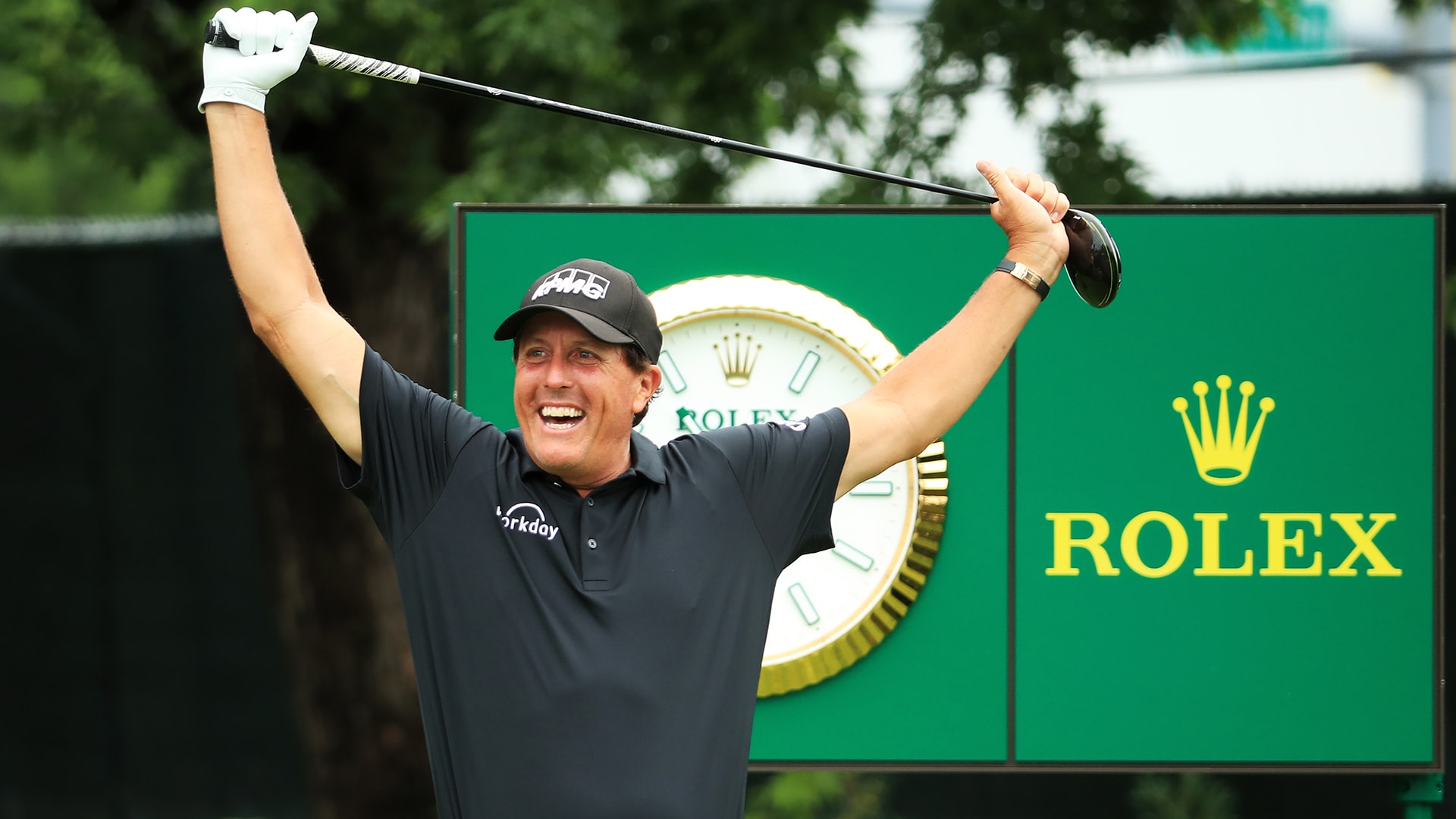 MEDINAH, Ill. – After completing the last, and perhaps most unusual, round of his PGA Tour season, Phil Mickelson didn’t lose his trademark grin.

“It was electric,” Mickelson said, describing his week at the BMW Championship while also offering a subtle nod to the lightning strike and roof fire at his nearby hotel that almost cost him a final-round tee time at Medinah Country Club.

Mickelson rolled into the parking lot a mere 40 minutes before his 11:52 a.m. ET tee time, swapping sandals for golf shoes in the parking lot before taking a couple of quick swings with a training aid next to his courtesy car before heading to the range. The truncated warm-up didn’t seem to have much of a bearing, as Mickelson again delivered a mixed bag that added up to a 1-under 71 and a middling, T-48 finish at 5 under.

Mickelson’s long-shot hopes of making it to East Lake were dashed early in the week, as a win at Pebble Beach and runner-up in Palm Springs weren’t enough to balance out a disastrous summer. Mickelson has been a shell of his former self over the last few months, with nearly as many missed cuts (five) as rounds in the 60s (six) since the Masters.

“I need a break. I’ve had a rough four or five months. Probably the worst four, five-month stretch of my career,” Mickelson said. “Mentally I haven’t been sharp and been there. I just, I played very horrible golf. I’m looking forward to getting back in it, but I need a break.”

Mickelson will have more than a month off before his next start at the Safeway Open in Napa. He’s also planning to play the CJ Cup in South Korea the following month.

But given his struggles this season, Mickelson’s 25-year streak of making American teams appears to be in peril. He has not missed a Ryder Cup or Presidents Cup squad since 1993, but finished 16th in the U.S. standings that closed Sunday when the top eight automatically qualified for Tiger Woods’ squad at Royal Melbourne.

With big names like Gary Woodland, Jordan Spieth, Patrick Reed, Rickie Fowler and Tony Finau among the players who missed out and will vie for one of Woods’ four picks, Mickelson wasn’t ready to address the notion that he might miss out on a team room environment for the first time in a quarter century.

“I need to decompress a little bit. I’m mentally fried and physically fried,” Mickelson said. “If I play well I might try to add a couple in Asia to try to warrant a pick. If I’m not playing well, I probably won’t.”