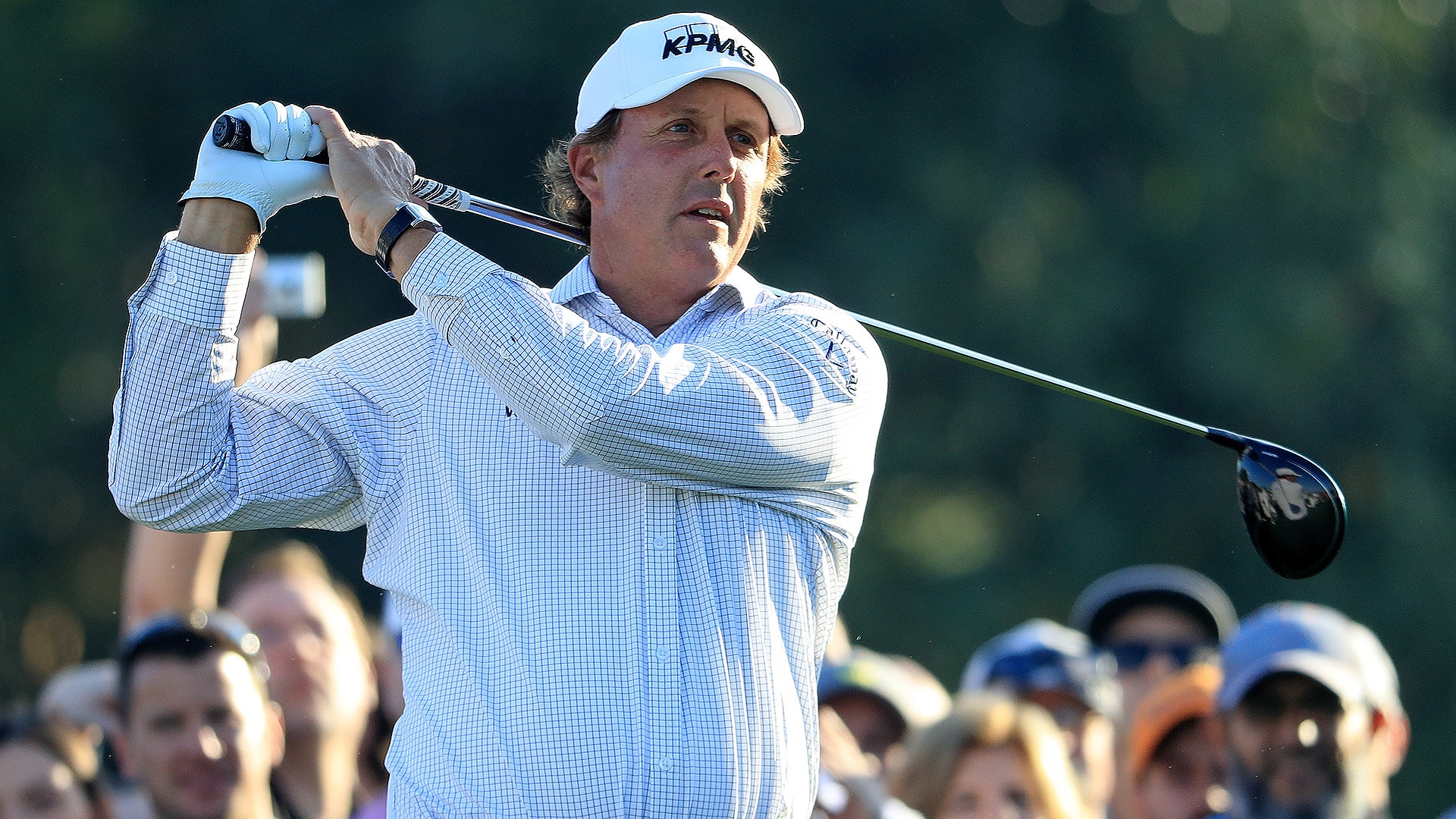 AUGUSTA, Ga. – Phil Mickelson turned plenty of heads Tuesday with his long-sleeve, button-down shirt – including in his own practice-round group at the Masters.

“I gave him a little bit of grief about that,” Tiger Woods said. “The only thing that was missing was a tie.”

“I have a tie, and I’ll wear it tonight,” Mickelson later responded, referring to the Champions Dinner.

Mickelson added that, although the business look was unusual, especially on an 85-degree spring day, he wanted to “give it a try.” The shirt now has its own Twitter account.

“It’s a stretchy fabric, it performs well,” he said, and “I think it looks good.”